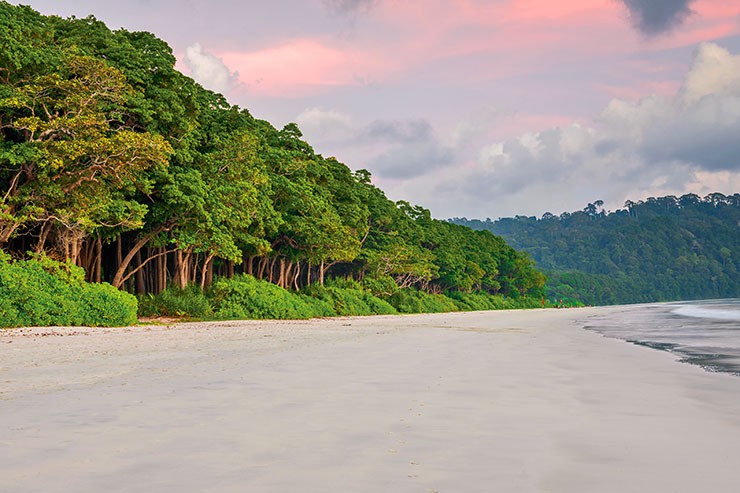 India’s Radhanagar clinching the #1 spot in Asia this year. Indonesia’s Kelingking Beach and Nai Harn Beach in Thailand came in second and third respectively whilst Baia do Sancho in Brazil, has been crowned the number one beach in the world.

Singapore – TripAdvisor announced the winners of its Travellers’ Choice awards for Beaches, with India’s Radhanagar clinching the #1 spot in Asia this year. Indonesia’s Kelingking Beach and Nai Harn Beach in Thailand came in second and third respectively whilst Baia do Sancho in Brazil, has been crowned the number one beach in the world.

“There are so many beautiful beaches in Asia that can cater to every type of travel,” said Ms Janice Lee Fang, communications director for TripAdvisor, Asia Pacific. “Whether it’s a romantic getaway, an active one with family or a quiet reflective trip you’re after, travellers can take inspiration from TripAdvisor’s list of award-winning beaches that are highly-recommended by our global travel community.”

Sharing his excitement, Deepak Virmani, Secretary (Tourism), Andaman & Nicobar Administration said, "It's a matter of great pride that beaches from Andaman and Nicobar Islands have been recognised among the best in India and the World. Any award basis feedback from travellers makes it even more special. We are thrilled that Radhanagar beach is ranked number one in India as well as Asia and 16th in the world. This encourages us to work harder towards ensuring an experience that our travellers do not forget and are prompted to visit again."

(Excepts in quotes are taken from TripAdvisor traveller reviews)

Radhanagar Beach, also known as Beach No. 7, lies on the southern coast of Havelock Island. Stretching over two kilometres, the beach is loved by both foreigners and locals for the colourful contrast between its clear blue seas, white sands and verdant trees on the beachside. Travellers are recommended to go early morning, to avoid the crowds or late evening, to catch the “mesmerising and picturesque” orange sunset.

Popularised for its “T-Rex shaped rock formation”, Kelingking Beach on Nusa Pedina Island is truly like no other. While travellers come mainly for the photo opportunity from the top of the cliff, those who make the steep journey down to the foot will be rewarded by an “incredibly untouched and naturally beautiful beach”.

Tucked between green hills and tiny islands on south Phuket, Nai Harn Beach is a great spot for those looking for “some quiet time, away from the noise and commercial establishments.” Beachgoers can easily rent affordable umbrellas and mats or opt for a rejuvenating massage and enjoy a lazy afternoon under the sun. There is also plenty of street food and restaurants nearby for a taste of local cuisine.

Located on the south of Goa, Agonda Beach is perfect escape for travellers looking for serenity. The north end of the beach has a “laid back atmosphere” whereas the south end is lined with plenty of sea view shacks, villas and restaurants and bars. The beach is kept in pristine condition, with loud music prohibited and strict regulations on property development to ensure it remains a good breeding ground for sea turtles.

Bentota Beach is simply “divine” – a clean beach with no crowds, very few vendors and a long, wide golden strip of sand. During the dry season between December and April, the beach is great for swimming and snorkelling with the opportunity to “see all kinds of fish”. Adventurous travellers can also enjoy plenty of activities such as jet skiing, banana boating and parasailing.

Travellers to PhraNang Cave Beach will be mesmerised by the soft sand, emerald waters and “sweeping views of limestone cliffs”. Due to the lack of road access, the beach is only accessible by walk or a traditional long tail boat ride. The beach is also located near to a renowned cave that houses a shrine dedicated to an ancient deity, worshipped for harvest and fertility.

Varca Beach is deemed by travellers as one of the cleanest, most tranquil and least crowded beaches throughout South Goa. The beach is best experienced on an early morning walk, where visitors can “comb for marine life such as star fish and sea anemones”. Travellers can opt to stay at one of the many resorts, a number of which has direct access to the beach.

Located on the west coast of Phuket Island, Karon Beach has a more chilled out atmosphere compared to neighbouring beaches in Patong. The beach is close to the city centre, where travellers can easily find dining, shopping and nightlife entertainment options. Family travellers love that there is plenty of activities such as parasailing and jetskiing.

White Beach lies on the western side of Boracay, extending five kilometres with powdery sand and clear turquoise waters. Due to rehabilitation works, water activities are temporarily suspended and drinking and smoking are no longer allowed. However, recent visitors lauded these efforts as it has resulted in a “paradise reborn”, preserving the natural beauty of the beach and preventing overcrowding.

Ngapali Beach is an unspoilt paradise with clear waters and a fine golden sand shoreline fringed by palm trees. The beach is loved for its laid-back vibe and rustic charm, “untainted by overwhelming crowds”. Travellers can find medium-to-high-end resorts along the beach and a number of local restaurants offering fresh and affordable seafood at the northern end of the beach.