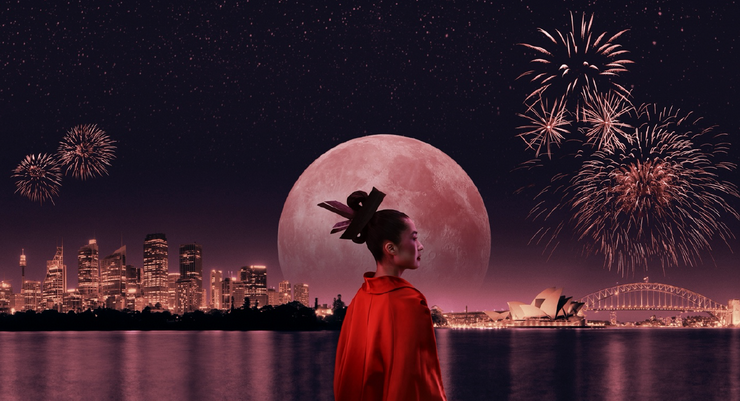 “One of the greatest nights of live entertainment ever offered in Australia” TimeOut.

Opera Australia announced its stunning Handa Opera on Sydney Harbour production of Madama Butterfly, which premiered to great acclaim in 2014, will return to the iconic over-water stage at Mrs Macquaries Point in 2023.

Visitors to Sydney in March and April next year will have the opportunity to attend this unmissable highlight of Australia’s cultural calendar that showcases the best of Sydney, with iconic Harbour views, world-class performances and nightly fireworks.

Opera Australia Artistic Director Lyndon Terracini AM is thrilled to be bringing this striking production back to Sydney Harbour.

“This production of Madama Butterfly by Spanish Director Alex Ollè is one of the most beautiful operas we’ve performed on the Harbour, so we’re thrilled to be giving people another opportunity to see it in 2023.”

More than 500,000 people from across the globe have attended Handa Opera on Sydney Harbour since its inaugural season in 2012. Attendance at the 2014 premiere season of Madama Butterfly exceeded 42,500, breaking all the previous box office sales.

Recognised as one of the world’s most-loved operas, Puccini’s Madama Butterfly features beautiful melodies, including Un bel dì vedremo (One Beautiful Day) and The Humming Chorus, and is based on the same heartbreaking tale as hit musical Miss Saigon.

“The most impressive outdoor event in Australia…you don’t need to understand opera to understand what makes the occasion great.” – Concrete Playground.