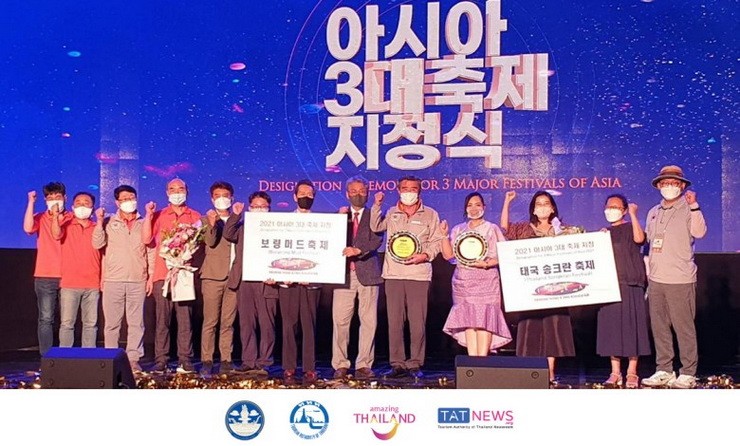 Bangkok, Thailand – The Tourism Authority of Thailand (TAT) reported that the “Thai Songkran Festival” has been selected by the International Festivals and Events Association (IFEA) as one of the three major festivals of Asia.

Mr. Yuthasak Supasorn, Governor of the TAT, said “To see our beloved Songkran festival recognised so prestigiously is something all Thais can be extremely proud of. At the same time, the recognition should prove very valuable in helping promote Thailand as a destination that is once again open to the world’s travellers.”

The announcement was made at the 2021 International Marine City Online Festival Forum held in South Korea on 25 July, 2021. The TAT Seoul Office acted as the representative to receive the award.

The festival awards aim to gauge the popularity among foreign tourists of the individual events from around the Asian region, while also giving the various host countries a dedicated platform through which to market their events internationally.