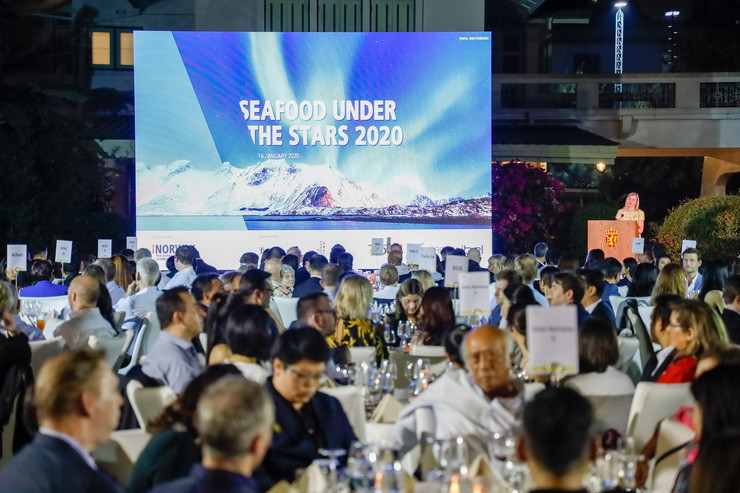 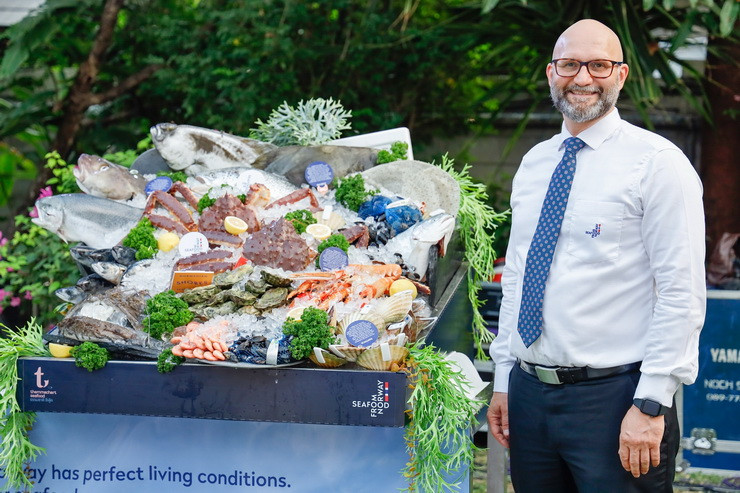 This once-a-year occasion has been held for 13 consecutive years with the objective to promote Norway as a tourist destination and as a seafood nation.

Bangkok, Thailand – Thai-Norwegian Chamber of Commerce, in association with the Royal Norwegian Embassy, recently hosted their flagship annual event “Seafood under the Stars 2020” dinner at the garden of the Norwegian Ambassador’s residence in Bangkok. This once-a-year occasion has been held for 13 consecutive years with the objective to promote Norway as a tourist destination and as a seafood nation.

At the end of 2019, NSC witnessed a closing exporting value of THB 5.2 billion for seafood to Thailand, with Salmon and Fjord Trout accounted for 87% of this value. For fresh Norwegian Salmon, there has been a steady growth of 25% in the past years, the number reached its peak at 32% growth last year due to the rising popularity of Japanese restaurants and all-you-can-eat buffet restaurants where Salmon sashimi is the key item.

Asbjørn Warvik Rørtveit, Southeast Asia Regional Director, Norwegian Seafood Council (NSC), said, “Southeast Asia is a fast-growing market for Norwegian seafood, particularly the Thai market. Apart from Norwegian Salmon, the most surprising and biggest growth so far is Fjord Trout consumption with an increase of 68%. The prospect in Thailand is substantially high and that is why we decided to present other types of quality seafood such as Shellfish at ‘Seafood under the Stars’ this year. We foresee that 2020 will be a promising year for Norwegian seafood industry.”

The grand networking dinner was joined by more than 320 high-profile guests from Norwegian business partners, upscale restauranteurs, renowned retailers, colleagues, and friends in Thailand. It is a significant occasion for Norwegian companies to expand business network and continue their long-established connection between Thailand and Norway while soaking in the culinary experience. The New Nordic starred chef, Chef Rungthiwa “Fae” Chummongkhon, Chef de Cuisine at Front Room, Waldorf Astoria Bangkok, created an exclusive menu featuring high quality seafood from Norway. The versatile ingredients enable a unique pairing between Nordic style and authentic Thai flavours for all to enjoy.

The superiorities of Norwegian seafood are rooted in Norway’s cold and clear waters, expertise in aquaculture, and care for sustainability. With the implementation of innovative technology, Norwegian seafood industry excels in developing EU-standard all-natural fish feeds that do not contain parasites, and fish vaccines that result in almost zero use of antibiotics. The advanced production standard of Norwegian seafood ensures fresh and premium quality and high level of food safety. Norway is also known to resource-efficient food production where fish are farmed and raised by the best practice that promotes animal welfare and small impact to the environment. Its sustainable production can result in the reduction of carbon footprint on the world climate.

“Norwegian people’s profound respect for the nature makes Norway one of the most sustainable seafood producers and earns its ranking as the world’s second largest seafood exporter. Norway is committed to uphold its efforts to continuously enhance seafood innovation and set a standard for others to follow to build a better world through sustainable aquaculture,” Asbjørn concluded.