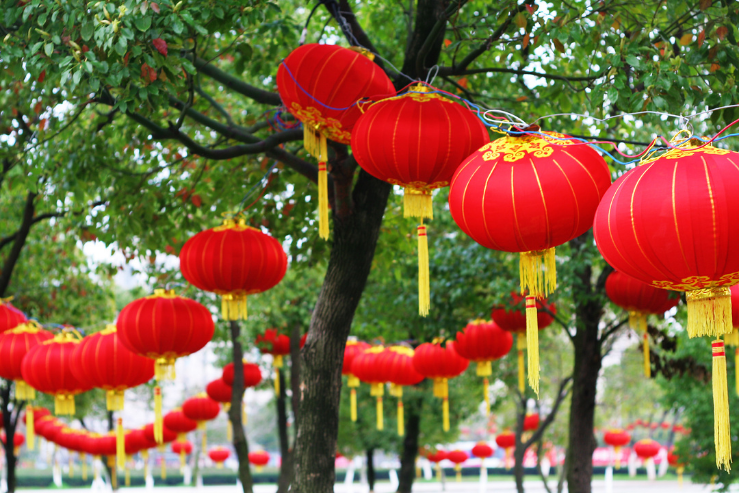 Many people have avoided long-distance travel this year to prevent the spread of COVID-19.

The holiday, also known as the Lunar New Year, lasts from Feb. 11 to 17 this year. Unlike in the past, when billions of passenger trips were made for the most important Chinese festival, many people have avoided long-distance travel this year to prevent the spread of COVID-19.

A report issued by the online platform Meituan showed that over 50 percent of its users prefer travel destinations within 50 km. In addition to traditional winter attractions like hot springs and skiing venues, urban zoos, botanical gardens and parks have become widely-browsed choices.

For the people who stay at home, online tours have become a new choice. It enables them to enjoy the beauty of tourist attractions while avoiding cross-infections.

The Tianlongshan Grottoes in Taiyuan, Shanxi are notable for the Buddha statues located within. Construction of the caves began in the Eastern Wei Dynasty (534-550) and continued until the Tang Dynasty (618-907). A stone Buddha head, stolen from one of the statues almost a century ago, was brought back from Japan in mid-December.

Through the WeChat official account of the Tianlongshan Grottoes Museum, people may visit a digital restoration exhibition. It includes the pictures and messages of the retrieved head via virtual reality (VR) technology.

In the resort-rich province of Yunnan in southwest China, the online travel platform of "Go-Yunnan" has launched live feeds of famous scenic spots such as the Lugu Lake and the Meri Snow Mountain.

In late January, the Ministry of Transport cut its forecast of passenger flow to around 1.15 billion passenger trips for the 40-day Spring Festival travel season this year. It marks a drop of more than 20 percent year on year, and a plunge of over 60 percent from 2019. - Xinhua