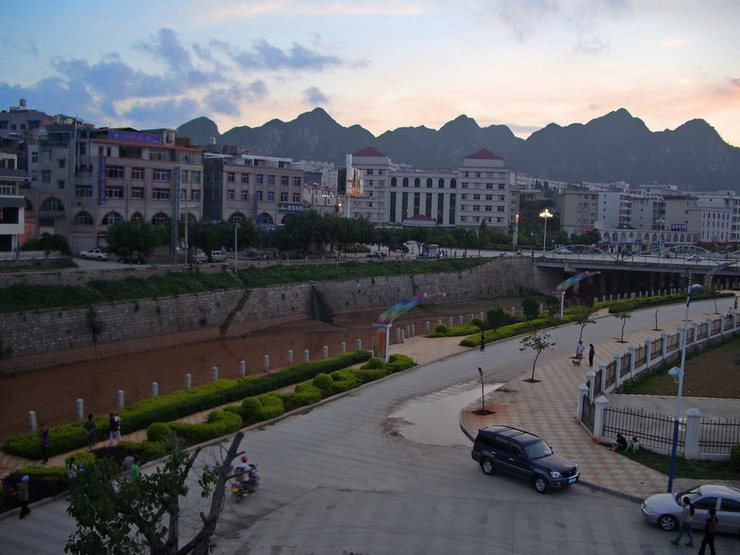 The county has been upgrading scenic spots into government-rated parks and promoting the development of an economy that both fully respects and benefits from the local environment.

Kaihua, China - Located at the source of the Qiantang River, Kaihua is a small mountainous county in China's Zhejiang Province.

In recent years, guided by an ecology-based growth strategy, the county has become a major ecotourism destination by playing to its strengths, with the goal of satisfying tourists with different expectations. The county has been upgrading scenic spots into government-rated parks and promoting the development of an economy that both fully respects and benefits from the local environment.

The distinctive Hong Yao Li homestay in Yaojia Village is a good example of how Kaihua has been developing its tourism sector with the concept of ecological civilization in mind. Through the combination of a national park located within its borders, beautiful country, a county-wide 5A (similar to 5-star) rating from the China National Tourism Administration, in tandem with several towns with a 4A and villages with a 3A ratings from the same authority, Kaihua has taken on the mission of creating a modern national park destination.

Several itineraries for discovering the beautiful rural scenery have been designated as part of the roadmap for the development of Kaihua's "tourism-for all" offering. The value-add from tourism, where one plus one makes more than two, is already providing a boost for the local economy, as many industries have integrated elements of tourism into their business models. Root carving has become one of the more profitable ways in which locals have benefited. The charming mountainous landscape and the crystal clear water of local lakes and streams have also boosted local development. The picturesque Baili Jinxi Gallery has helped facilitate the rural revitalization. Driven by the emergence of tourism as a sustainable component of the local economy, the vision of ensuring everyone has meaningful means by which to earn a living and every family has a steady income is becoming a reality.