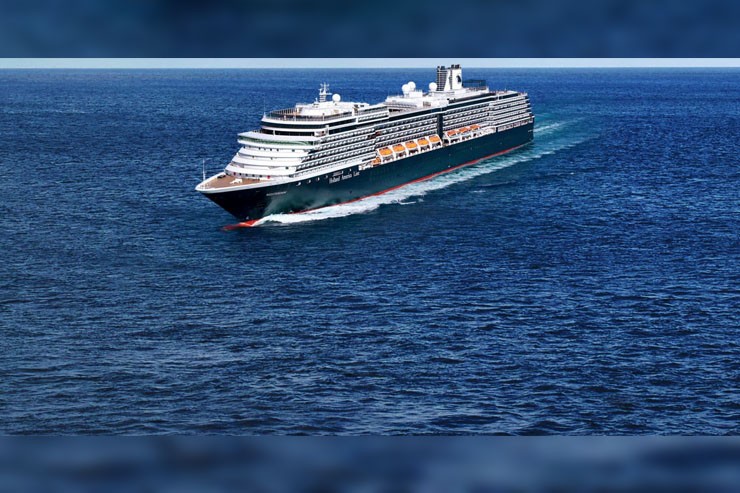 Bangkok, Thailand – The cosmopolitan cities and rich traditions of the Far East unfold for guests on Holland America Line's Westerdam when the ship embarks on its 2019-20 season in Asia. The 1,964-guest ship offers itineraries from 13 to 16 days across the region.

Departing from Yokohama (Tokyo), Japan; Hong Kong and Shanghai, China; and Singapore, the contrasts between the ancient and the modern come to life as cultures steeped in tradition collide with soaring skyscrapers and bustling capitals. Nine different itineraries showcase the magic of each country and celebrate the histories and trendsetting modern cultures that have been thousands of years in the making.

Orlando Ashford, Holland America Line's president, said: "For many of our guests, a cruise to Asia is a once-in-a-lifetime experience, so we build our itineraries to include multiple countries or in-depth explorations of an area and create meaningful and deep encounters on every voyage.

"Having such an extensive season allows us to visit those lesser-explored ports that offer an incredible glimpse into local cultures, along with the must-see larger cities such as Hong Kong and Singapore that are equally as memorable and fulfilling."

Westerdam begins the season with a 13-day North Pacific Crossing from Vancouver, British Columbia, to Yokohama (Tokyo). The ship then begins a series of voyages that explore the Far East, from Japan to Singapore.

The 14-day East Asia cruise is roundtrip from Hong Kong and includes two calls in China, including an overnight in Shanghai; two calls each in Japan and Taiwan; and a call at Manila.

Celebrating the first cruise of 2020, Westerdam embarks on a 16-day Far East Discovery voyage on 16 January that follows the same itinerary but adds an overnight in Hong Kong.

A series of 14-day itineraries continues the ship's Asian exploration

Westerdam's Japan Explorer is a roundtrip Yokohama journey with six additional ports in Japan, including an overnight in Kobe (Osaka), and two calls in Taiwan. Then a Japan and Russia itinerary roundtrip from Yokohama visiting an incredible eight ports in Japan and a northerly exploration up to Vladivostok, Russia. The final cruise of the season is a 16-day North Pacific Crossing on 25 April 2020, from Yokohama to Vancouver.

Back-to-back cruises can be booked together to form a longer Collectors' Voyage that provides a more in-depth exploration of the world's largest continent. Combining two itineraries, the Asia Collectors' Voyages range from 26 to 30 days and feature few if any repeating ports.