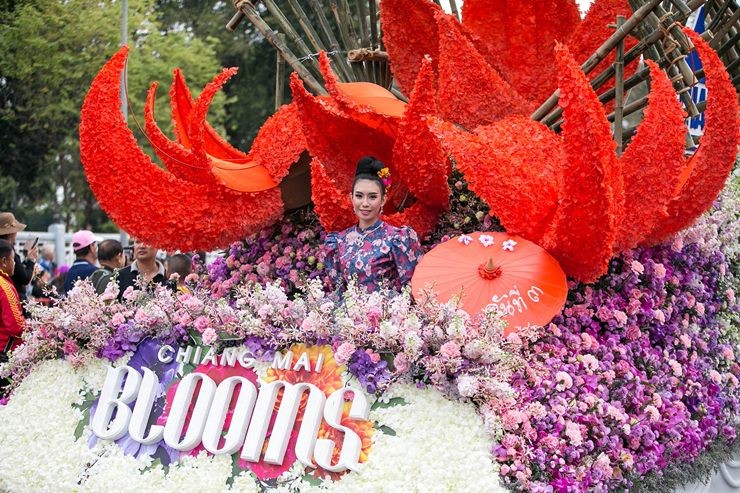 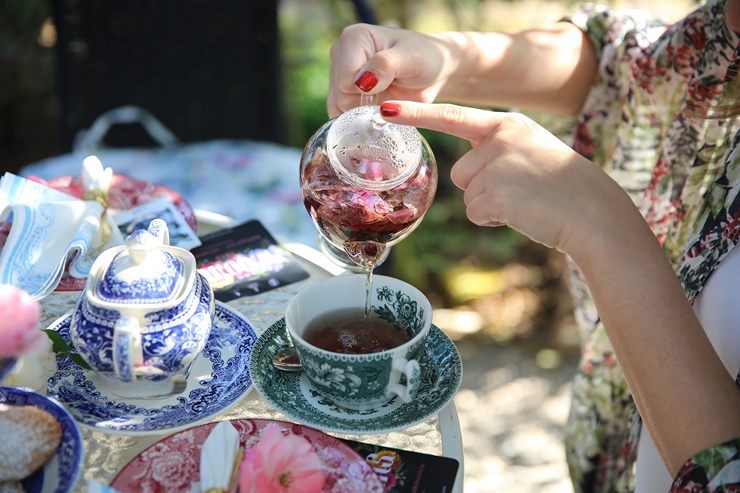 Chiang Mai’s new February Tourism Calendar is launched under a newly created brand “Chiang Mai Blooms” positioning the Thai Northern Province during its blooming time to be the Meeting Point of Asia.

Chiang Mai Province together with Thailand Convention and Exhibition Bureau (Public Organization) or TCEB and Thai Hotel Association – Northern Chapter announced the launch of a new collaborative project. Established through a platform of Pracharath network, the project uses “flowers” as a key attribute to campaign a newly created brand “Chiang Mai Blooms” aiming to promote the province’s flagship festival and make Chiang Mai the meeting point of Asia.

“Chiang Mai Flower Festival, the country’s most famous event and the legend of the city, has already established as an ideal image of the winter time in Chiang Mai. The vision of colourful flower parade with charming Chiang Mai girls and the hand-painted umbrellas are also recognized as a symbol of the ‘Lanna Dream’. Meanwhile, many flower routes in the Chiang Mai have been gaining popularity and welcoming more than ten thousand visitors per year. With these strengths, the organisers see opportunities in developing this annual flower event to be the Flagship Festival to attract quality tourists from around the world to Chiang Mai. By working closely with local communities and stakeholders, all flower-related activities are gathered and listed in Chiang Mai’s February tourism calendar. They include business activities, services, accommodations, foods, leisure activities, and travelling routes. This calendar is promoted under the newly created brand “Chiang Mai Blooms”, aiming to promote Chiang Mai as the Meeting Point of Asia.  Meanwhile, the project enhances development the existing Chiang Mai Flower Festival by studying successful formats of the similar events held in overseas. In addition, it enhances local’s floral artists and the parade creators more opportunities to work with experts in designs to improve the format of the festival and to create new selling points for the festival.”

Mrs. Supawan Teerarat, Senior Vice President, Strategic Business Development and Innovation of TCEB, said that, TCEB sees potential in utilising festival to create content for the city, stimulate the local economy, and establish a good image to attract global travellers. Many cities around the world, especially the non-capital towns or the second tier-cities, use festivals as the economic stimulus. For Chiang Mai, the Chiang Mai Flower Festival is already recognised as the city’s asset and can be further developed to attract more international travellers.

“TCEB supports the Chiang Mai Blooms project, which to drive the growth of the local economy through the festival.  By advising the public sector the economic advantages and opportunities for entrepreneurs, TCEB enhances the collaboration between public and private sectors to establish the platform for a sustainable event. Meanwhile, by combining the existing flower-related activities with the new activities created by local business communities, the festival creates more options for visitors and encourages them to spend more time in Chiang Mai and generate more revenue into Chiang Mai's economy.

Furthermore, TCEB encourages the improvement of the festival format, by matching the event’s creators such as Chiang Mai Province and different Chiang Mai Districts, to meet with the experts and gurus in designs such as TCED Chiang Mai, academies, and universities.  The aim is to improve the quality of the festival by providing advice, coaching, and grooming any flower-related activities to create memorable experience making the word-of-mouth to attract repeat travellers to the next year’s event. TCEB also provides a link between the event's creators and leading corporations from different sectors such as banking, insurance, telecommunications, airlines, beverage, and consumer products. The objective is to encourage a these companies to participate in the festival. At the end the activity, TCEB will conduct the assessment to evaluate the success of the festival together with a plan for next year as well as a long-term plan. TCEB will also develop a handbook which can be used as a model for organising festivals in other cities.”

Mrs.La-iad  Bungsrithong, President of Thai Hotels Association Northern Chapter, said that, Chiang Mai Blooms’ mission is to develop Chiang Mai City through aesthetics and creativity, using 'flower' as key attribute to create economic opportunities, a pride for Chiang Mai people, and to develop Chiang Mai as a model for other cities in the country.  Flowers are Chiang Mai’s main agricultural product which takes parts in the tourism sector and also in Chiang’s Mai’s lifestyle. Flowers are parts of food recipes, beverages, skincare products, and clothing patterns. The local’s flower markets become the popular tourist attractions. Hotel and resorts use flowers as the decorative items creating a refreshing vibe to welcome the guests. This is a charm of Chiang Mai, the uniqueness which no city in this world could imitate.

“Chiang Mai Blooms reflects an integration of the creativity from Chiang Mai’s leading entrepreneurs and the new ideas from the new generation that present the joyful experiences and the floral-rich lifestyle. The festival targets three groups of visitors. The first group is the people of Chiang Mai. The event is aimed to transform Chiang Mai by the new generation and the new perspectives. The festival reflects cooperation among the Chiang Mai people as well as the power of new generation that can make a change to the future of the city. The second group is travellers from Bangkok and domestic travellers with high-purchasing power. The project introduces the idea that Chiang Mai is a civilised and aesthetic city which is ‘a must visit' every year. And the third group, international travellers, the project presents the idea that Chiang Mai is the next destination to visit, to experience the Flower Festival and Chiang Mai’s beautiful way of life. It is a place to visit at least once in a lifetime.”