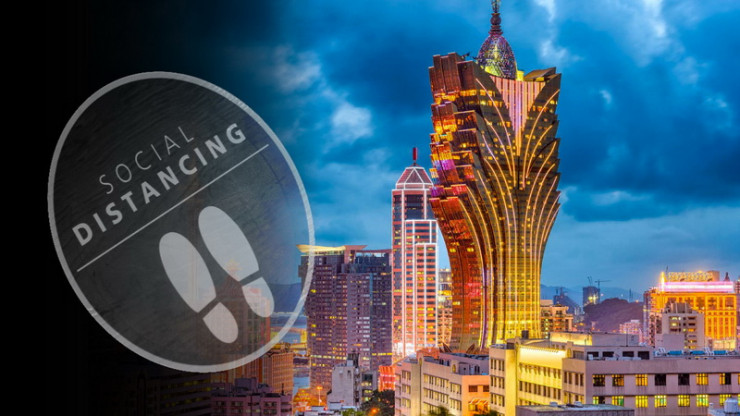 While brick-and-mortar casinos either remain close or are in a reopening phase in Asia, players can still enjoy an authentic casino experience through live dealer casinos from the safety of their homes.

It has not been an easy few months for the gaming industry. While most casinos around the globe shut their doors mid-March, amidst growing health concerns, Asia is one region that had a head start and closed up shop as early as February.

Now, with the livelihoods of millions at stake, the trend of reopening casinos has not escaped the largest and most populous continent as some of its gambling hubs are back in business. Casinos in Asia are slowly resuming operations to restore normalcy. However, this is not a universal tendency, as some markets are to remain closed.

Singapore has extended its shutdown on gambling establishments. The Ministry of Trade and Industry announced a list of businesses in mid-May that can reopen after June 2nd. Casinos were not included. Spokespeople from the country’s two largest venues, Resorts World Sentosa and Marina Bay Sands said that they do not expect this to change soon, although they are working with authorities on a reopening schedule.

Thus, while brick-and-mortar casinos either remain close or are in a reopening phase in Asia, players can still enjoy an authentic casino experience through live dealer casinos from the safety of their homes.

Macau Casinos – China
Macau, the special administrative region of China is especially facing difficult times, as it makes over 80% of its revenues from casinos. It is the biggest gambling hub in the world, and the home to the largest casino in Asia – The Venetian. Its other great establishments include the famous Grand Lisboa, Wynn Macau, and City of Dreams.

Tourism has taken a plunge as of late with a drop of 98% year-to-year due to restrictions from neighboring Hong Kong. Though casinos opened after two weeks in February, many of the territory’s 600,000 residents are staying at home as gaming establishments are bleeding over $2 million a day on contract obligations, and gross gaming revenues dropped 93% last month.

Special measures are in place to ensure the safety of all patrons that choose to visit gaming establishments. Only half of all tables on all casino floors are operational, temperature checks and masks are mandatory, as is adequate distance between players.

This dark period in Asia’s gambling history is also marred by the recent passing of Macau’s biggest gaming mogul, Stanley Ho. The man who propelled the island to what it is today. His SJM Holdings Ltd. controls 20 casinos on the island on land that encompasses about 10 square miles.

Manila Casinos – Philippines
Gaming establishments in the capital of the Philippines stated that they can reopen as soon as they get the go-ahead from the federal government, with hopes that this will happen around mid-June.

The Philippines has four resort casinos – City of Dreams Manila, Solaire Resort & Casino, Resorts World Manila, and Okada Manila. They have been closed since March 16th.

When open, all four will have to operate at reduced capacity. The casinos say that they plan to start with 20% of their table game capacity and 30% when it comes to slot machines. All workers and guests will have to wear a face-covering to be allowed on the premises.

South Korea Casinos
In South Korea, casinos opened back up in the first week of May, with Korea’s leading foreigner-only casino operator, Paradise Co being the first.

The company reported that table game revenue was down 52.4%, year-on-year, with slot machine sales down 32.4%. Both of Grand Korea Leisure’s casinos in Seoul and one Busan saw major declines in revenues, a 73.7% fall in the first month since re-opening. While Kangwon Land, the only South Korean casino in which locals can gamble, implemented an emergency suspension of its main floor after a sudden shift in the country’s health situation.

Kangwon Land’s VIP floor initially opened first with a series of distancing measures in place. These included a one-meter distance between all players and mandatory face masks at all tables. The company revealed a 37.5% drop in sales for the first three months of 2020.

Vietnam Casinos
Vietnam’s casinos shuttered operations for two weeks in April, following a government order. This was later extended until early May when gaming establishments started to welcome back guests. Corona Resort & Casino on Phu Quoc Island opened first, in the second week of May, then followed Donaco International’s casino at Aristo International Hotel in Lao Cai, Vietnam, and Royal Casino HaLong Bay.

New health and safety measures include reducing the seating at each table game and limiting slots to every second machine, as well as the implementation of temperature scanners at entrances, hand sanitizers at every table, and the obligational use of face masks.