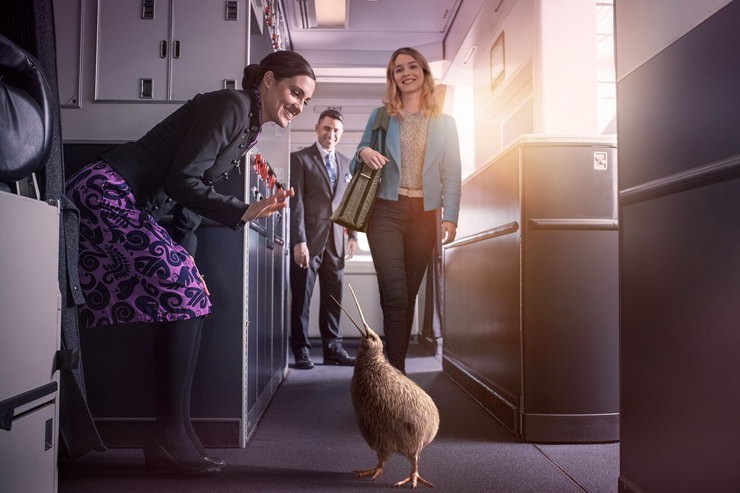 The campaign is led by Pete, a CGI flightless kiwi bird who wants to see the world but is hampered by his inability to fly.

Air New Zealand today launched its first ever global brand campaign in Singapore, showing travellers why the airline is A better way to fly to New Zealand.

The campaign is led by Pete, a CGI flightless kiwi bird who wants to see the world but is hampered by his inability to fly. The kiwi bird is New Zealand’s national icon, and Pete takes travellers on an experiential journey to show them the best of Air New Zealand’s in-flight offerings and classic Kiwi hospitality.

Air New Zealand’s Head of South & South East Asia Jenni Martin says, “Singapore is amongst the top 10 countries of visitor arrivals to New Zealand and one of our most important markets. As of October 2018, we recorded a seven per cent year-on-year increase in visitor arrivals from Singapore. To meet this growing demand, we announced a capacity increase for our Singapore-Auckland route last year, as well as a new seasonal service between Singapore and Christchurch to start operating from December 2019.

Ahead of the launch of A better way to fly campaign in Singapore, Air New Zealand cabin crew hit the streets and interviewed Singaporeans to uncover their perception of a “kiwi”, which brought about some unexpected and quirky responses.

What is a Kiwi

Discover A better way to fly from Singapore to New Zealand