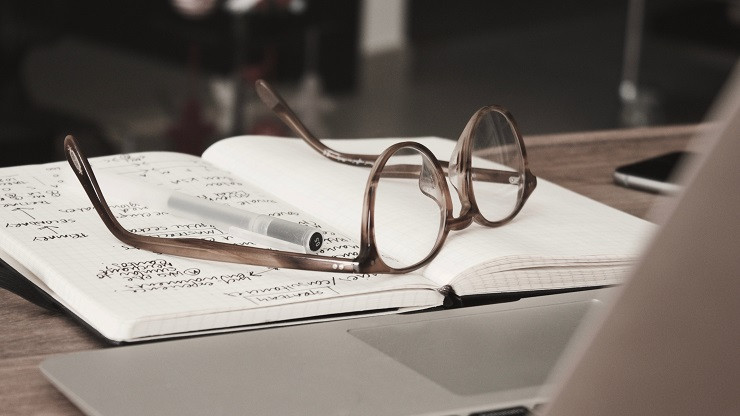 Ph.D. student Elaine Yulan Zhang and Dr Tony Tse of the School of Hotel and Tourism Management (SHTM) at The Hong Kong Polytechnic University argue that “a subset of relatively wealthy Chinese luxury travellers” are driven by the desire for “status, interpersonal relationships, relaxation and hedonism, self-improvement and perfection”.

The motivations of Chinese luxury travellers are not very well understood, and little studied, but with persistence they can be determined. Having reviewed the literature on the topic in a recently published study, Ph.D. student Elaine Yulan Zhang and Dr Tony Tse of the School of Hotel and Tourism Management (SHTM) at The Hong Kong Polytechnic University argue that “a subset of relatively wealthy Chinese luxury travellers” are driven by the desire for “status, interpersonal relationships, relaxation and hedonism, self-improvement and perfection”. These may seem incompatible with traditional Chinese Confucian values, but by examining the motivations behind the desire for luxury the researchers explain how such values shape the differences between Chinese and other luxury travellers. With such information in hand, tourism practitioners will be much better able to understand this under-researched market segment.

One of the key features of the global hospitality and tourism industry is the rise in spending power of Chinese travellers abroad. Indeed, the researchers note that China is the world’s “number one tourism source market in the world” in terms of expenditure. In 2016, for instance, Chinese international tourists spent more than US$261 billion, “way ahead of Americans” at US$122 billion. Many Chinese tourists are what can be termed “middle to high-end” consumers, including wealthy tourists for whom luxury travel is a popular activity as well as a growing number of less wealthy tourists who save up to enjoy luxury holidays and customised travel services.

This increase in spending on luxury travel has been accompanied by an expansion in the development of travel agents providing dedicated high-end travel services in China. The researchers provide several examples of the kinds of trips offered by such agents, including a round the world trip for RMB1,280,000 and a package tour via private jet for RMB972,000. These luxury travel agents also attend the increasing number of “luxury travel themed events”, such as the International Luxury Travel Market Shanghai, and participate in preparing industry reports such as The Chinese Luxury Traveller.

It is clear, then, that the tourism sector is strongly interested in Chinese luxury travel, but the researchers reveal that there has been “very little discussion” of this market in the academic literature and no adequate explanation of the “new trend of luxury travel among Chinese”. Nevertheless, there have been numerous considerations of the motivations for travel and for luxury consumption in general, so the researchers suggest that our understanding of the Chinese luxury travel market can be “enriched by integrating knowledge” about luxury consumers, travellers and Chinese.

Luxury consumption, they note, refers to products such as “haute couture and accessories, perfume and cologne, jewellery” as well as “boutique hotels, fine dining, great wines, champagne and cognac”. Luxury travel can thus be classed as a type of luxury consumption, and it presumably has similar motivations. Hence, the researchers sought to analyse the “motivations of luxury consumers together with travel motivations” while considering Chinese cultural influences to offer a deeper understanding of Chinese luxury travellers’ specific motivations.

The researchers found that status was the most frequently mentioned motivation for both travel and luxury consumption. The term “conspicuous leisure” was coined in 1899 to refer to a small group of people (the “leisure class”) who were so wealthy that they had no need to work and “signalled their status by spending their time on non-utilitarian leisure activities”. The concept gradually expanded to “conspicuous consumption”, reflecting the increasing trend toward spending on unnecessary luxury goods “for display purposes”.

Status is a strong motivation for luxury tourist activities such as bird watching, extreme sports, cruises and shopping. As the researchers explain, birdwatchers are driven by status and they will “travel long distances to see a rare bird” that their peers have not seen. Similarly, extreme sports enthusiasts seek out dangerous activities that give them high status among like-minded travellers.

Uniqueness motivates luxury consumption because luxury goods tend to be unique and highly exclusive travel destinations are considered the most prestigious. The uniqueness dimension is also related to status, the researchers note, and Chinese luxury travellers in particular may seek “unique and exclusive” travel experiences that set them apart from other tourists.

Interpersonal relationships are also a strong motivation for travel, such as visiting friends and family, socialising with other travellers and making new friends. Relationships have been shown to provide motivation for luxury consumption, as some consumers seek what the researchers term a “sense of belonging” when purchasing luxury goods and consider their families’ opinions about their purchases.

Relaxation is, of course, a strong motivation for travel, as people seek to escape from the stress of daily life. The researchers also note that relaxation has been identified as a motivation for purchasing luxury goods, which can serve as a means of stress release. Luxury travel, then, is likely to be motivated by a “desire for optimal relaxation” and the enjoyment of “hassle-free facilities and services”. Similarly, hedonism is an important dimension of both luxury consumption and travel, which provides opportunities for “excessive indulgence and comfort”.

Some forms of motivation described in the studies were related only to travel, rather than to luxury consumption. Self-improvement, for instance, has been shown to be a strong motivation because many travellers are interested in finding out about different cultures and ways of life, or in learning a foreign language. Novelty and curiosity have also been linked to self-improvement, and to inspiring travellers to seek out new and unusual places and experiences.

Focusing a little more, enjoyment of nature has been identified as a particular motivation for Chinese travellers, who the researchers note are inspired by the Confucian tenet to “seek inspiration from the landscape” and its connection to Chinese poetry, paintings and calligraphy. As all three of these motivations – self-improvement, curiosity and the appreciation of nature – are likely to be best satisfied by luxury travel services and products, they may be equally relevant to Chinese luxury travellers.

Yet how can Confucian values match with conspicuous consumption? Confucianism advocates frugality and the avoidance of extravagance, to be sure, but the researchers offer several explanations for why this does not stop Chinese people buying luxury goods.

Status, for instance, may be a particularly important motivation for Chinese luxury travellers because of the importance of “face” in Chinese culture and daily life. Rooted in Confucianism, face is a measure of social power and status, which can be signified by luxury consumption. It is an important cultural concept that explains some of the differences between Chinese and Western consumers and travellers.

For instance, some customers may seek good value, but face-conscious Chinese customers are willing to pay more for luxury products and may be put off by discounting on luxury goods. Similarly, while some customers, particularly in the West, dislike luxury products once they become too popular, in China popular luxury brands are considered indicators of social position and prestige.

The researchers also argue, for instance, that luxury consumption contributes to the Confucian ethos of “wealth equalisation”, because spending on luxury goods benefits the poor. Confucianism also values group orientation and conformity, which are motivations for luxury travel. Such conformity, the researchers argue, is evident in the “bandwagon effect”, or how people tend to follow other people’s brand choices. Finally, they note, travel is “promoted in Confucianism” as a way of learning and enriching oneself.

Chinese luxury travellers share many of the characteristics of other luxury travellers, but distinct cultural differences do leave very important marks. Tourism practitioners should be aware, in particular, of how Confucianism underpins Chinese luxury travel motivations. Yet the researchers emphasise that these are preliminary findings, and empirical research will be needed to draw “more robust and generalisable conclusions”.