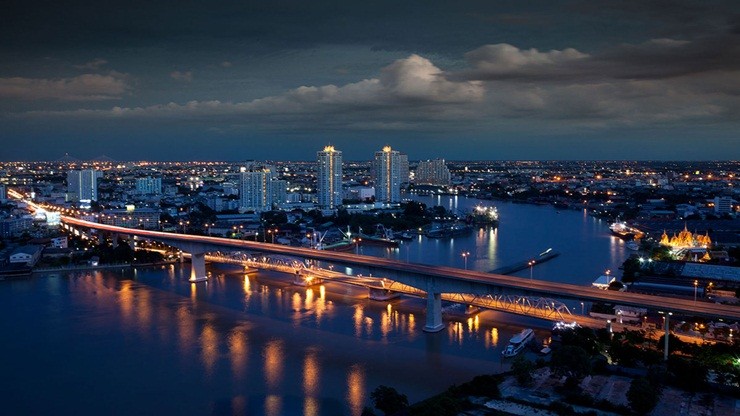 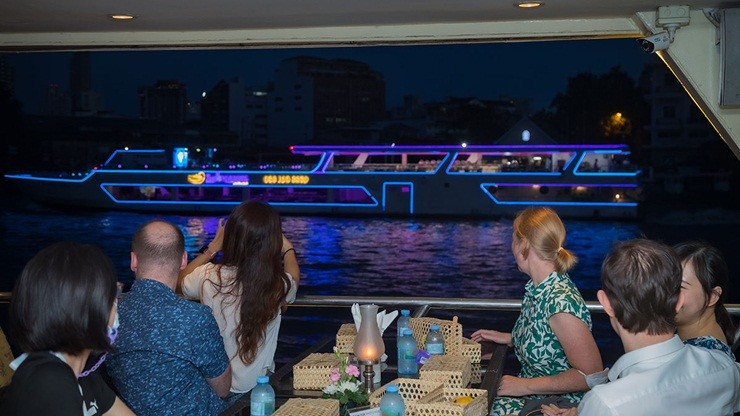 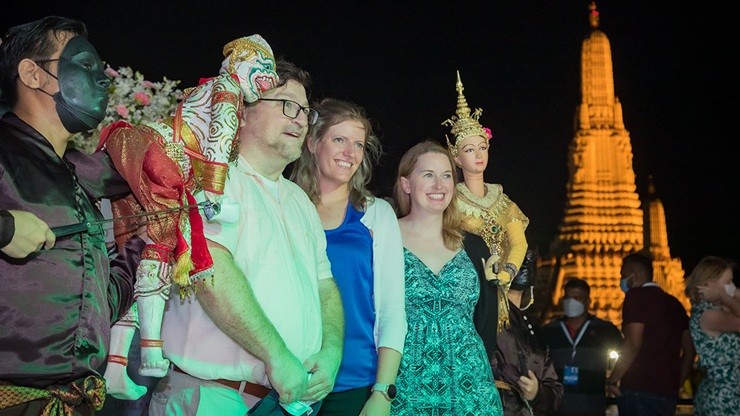 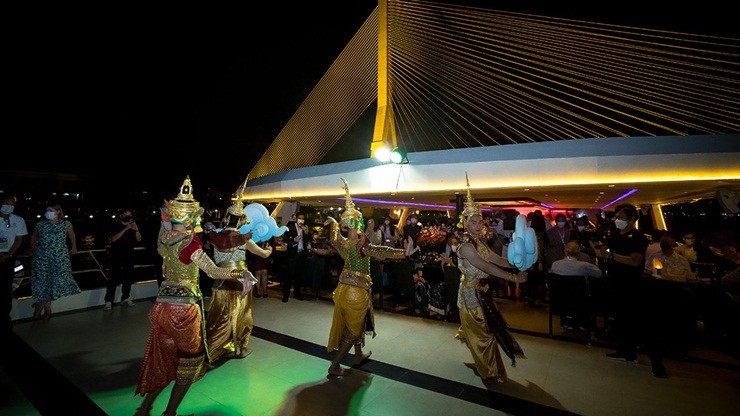 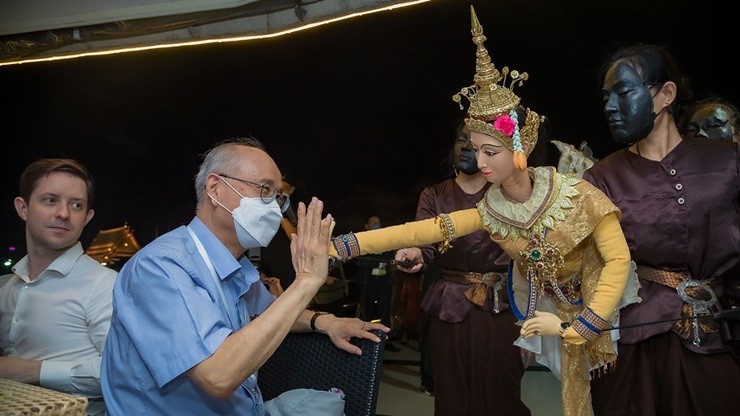 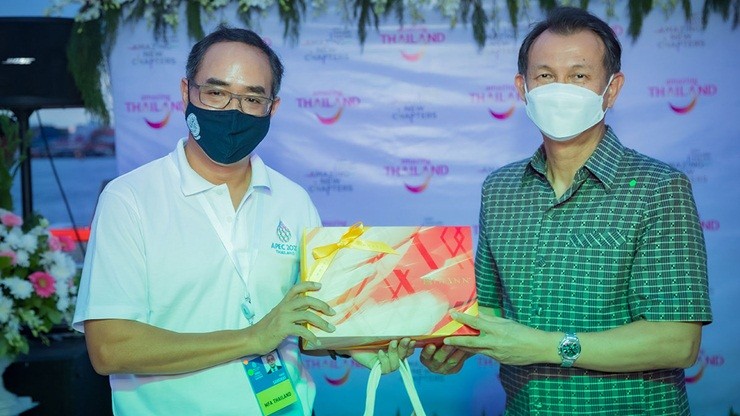 Bangkok, Thailand – The Tourism Authority of Thailand together with the Ministry of Foreign Affairs organised a night-time river cruise along the famed Chao Phraya River on May 10for delegates attending the APEC Second Senior Officials’ Meeting (SOM2) and related meetings in Bangkok from 9-19 May, 2022.

APEC delegates including senior officials and media from the APEC Economic Area in town for the important 11-day programme of meetings, were treated to a memorable evening of culture, cuisine, light and sound entertainment, world-famous historical landmarks, and legendary Thai hospitality.

The evening began with participants being welcomed in vibrant fashion aboard the river cruise vessel at the Shangri-La Bangkok Hotel pier by a troupe of long drum dancers. Participants were able to scan by QR code for a virtual brochure of the trip detailing all the highlights and landmarks they were about to see during the 90-minute boat trip, which was to take them through various historic and heritage-rich riverside areas of the Thai capital.

The route for the evening first saw participants cruise along the Bang Rak and Charoen Krung Road areas, where they passed by the Old Customs House, East Asiatic Company Building, Mandarin Oriental Bangkok Hotel, Grand Postal Building, and the Embassy of Portugal.

From here, the cruise made its way to the Talat Noi area, where the sights included the Holy Rosary Church and Siam Commercial Bank’s first permanent office, as well as Chinese shrines before continuing onto the Chinatown area, the Thon Buri district along the other side of the river, and the Kudi Chin area with its Santa Cruz Church, Kuan An Keng Shrine, and Wat Kalayanamit.

From Rama VIII Bridge, the cruise turned back for the Shangri-La Bangkok Hotel pier, and the participants were entertained en route with a mesmerising cultural performance, and Thai traditional puppet show.

The APEC Second Senior Officials’ Meeting (SOM2) and related meetings in Bangkok is taking place across 11 days at the Shangri-La Bangkok. Comprising over 20 meetings, it is the latest key event in the extensive dialogue Thailand will host throughout 2022 in its leadership role of APEC under the theme “Open. Connect. Balance”.