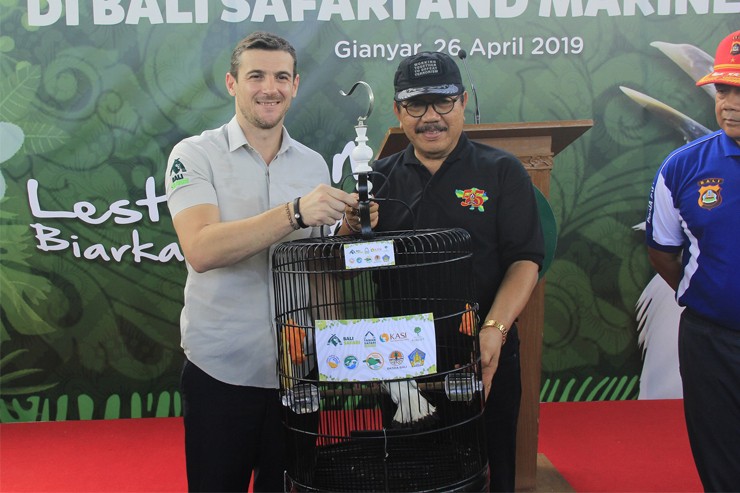 Prior to the release, several habitat studies were carried out at the Park to assess suitability as a potential release site for the birds. A total of 38 bird species were found within Bali Safari Park, indicating that this location could support a good carrying capacity of birds in the future.

Bali Safari Park, one of the leading conservation institutions in Bali, is committed to the long-term protection and sustainability of Indonesian endemic and native species, through consolidated breeding and release programs.

Captive-bred birds were released into the wild to supplement and increase Bali starling populations. Previous release programs have not resulted in significant positive impact to wild populations and this current effort aims to change that.

The success of the black-winged starling release program at Taman Safari Indonesia Bogor in 2016, is used as a model of how captive-bred Bali starlings can be released as part of in situ conservation efforts, using similar release protocols.

Bali Safari Park has been conducting public awareness programs to encourage communities in three nearby villages, namely Medahan, Lebih and Serongga, as well as students from nine elementary schools around Bali Safari Park to protect and monitor the released birds and other wildlife.