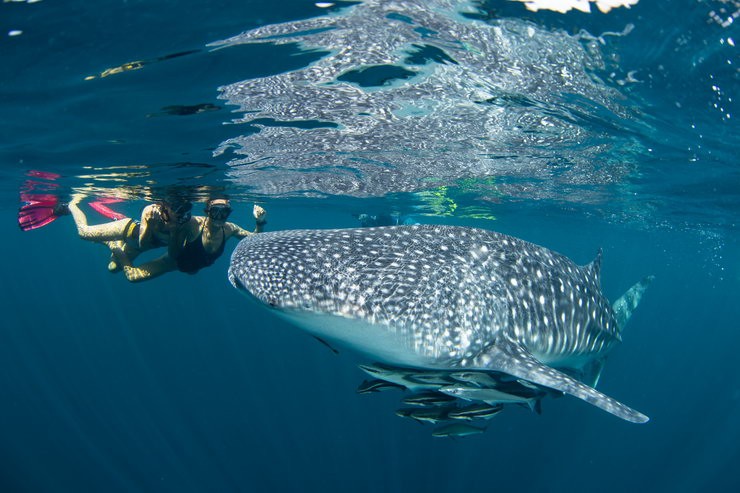 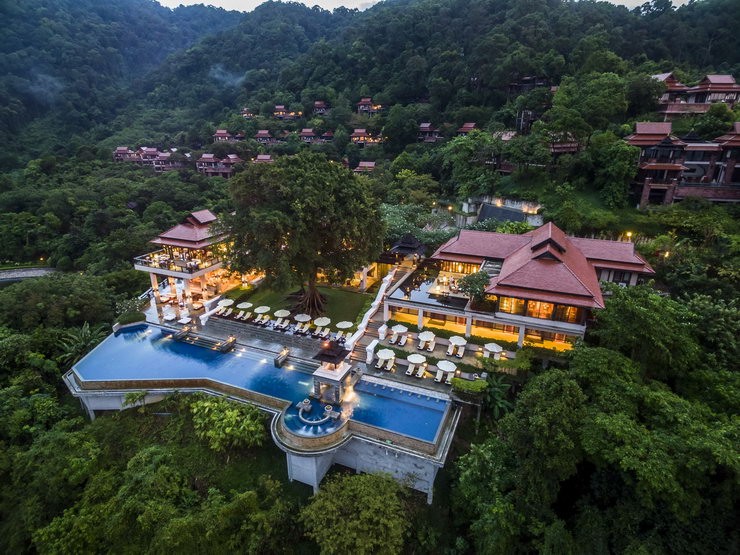 With more than 12 unique dive sites, near-perfect visibility and frequent visits from a whale shark, Koh Haa is surfacing as one of the Andaman Sea’s most spectacular diving destinations.

KOH LANTA, THAILAND --It is only after the buzz of the boat engine is replaced by the lapping of the lagoon water along the sides of the dive boat that the majesty of Koh Haa finally starts to sink in.

Eagles silently glide overhead, an occasional rustle can be heard from the nearby jungle-clad cliffs and schools of fish flit by in synchronicity close to the water’s surface. There is a sense of sheer remoteness. Arrive at the right time of day and there’s a high chance there will be no other boats around. And yet Koh Haa, which literally means ‘five islands’ in Thai, is little more than 60 minutes by boat from Kantiang Bay. Squint hard enough and the Bay’s famous Pimalai resort can just about be made out. People don’t come here to look back towards dry land, though.

Visibility and diverse marine life is what primarily appeals to the handful of dive groups that venture to Koh Haa on an average day, according to Saffron Kiddy, founder and CEO of Scubafish Dive Centre.

From the gently sloping reef and porcupine pufferfish who populate The Lagoon — and ideal jumping-off point for first-timers — through to the more advanced dive point The Chimney, which is home to a complex cave system and marine life such as sea snakes, lionfish, and nudibranchs, the 12 dive spots that surround the cluster of karst islands each offer very different attractions. Other underwater residents include rare ghost pipefish measuring only a few centimetres to octopuses of all sizes hiding amongst the rocks and crevices, while the critically endangered hawksbill sea turtle can often be spotted swimming amongst the pristine coral.

“You can see so much in a single dive at Koh Haa,” says Saffron, who operates several PADI five-star dive centres on Koh Lanta, including one at Pimalai. “The excellent visibility across all the dive spots means divers, and snorkelers, can experience immaculate corals and an unusually wide variety of marine life, including some of the largest fish in the sea, which is a dream come true for divers and snorkelers.”

The presence of whale sharks may have become less common in many of Thailand’s established dive spots in recent years due to human impact and commercial fishing, but for those lucky — or persistent — enough, an encounter with the world’s largest, and tragically endangered, fish is becoming more likely around Koh Haa, where sightings over the last few years have been a mostly monthly occurrence. Manta rays are also occasional visitors to the island’s stunning reefscapes throughout most of the high season, which runs from mid-October to mid-May. November is considered one of the best times to visit, as the islands reopen to the public after the annual six-month conservation period.

“Koh Haa offers fantastic visibility and great conditions throughout the season,” Saffron says, adding that even in high season, it’s often possible to share Koh Haa exclusively with the marine life if the boat arrives early enough. Regardless of the season, it’s always advised to book ahead for dive courses, excursions and of course accommodation. An obvious choice for travellers crafting a getaway around trips to Koh Haa is Pimalai.

Located on Kantiang Bay, arguably one of Thailand’s most admired beach, Koh Lanta’s first five-star resort remains the place to be on the island. Since it opened its doors more than a decade ago on a 100-acre piece of land, the 121-room property has become a regular haunt for A-listers after a low-key hangout and repeat guests from all over the globe returning for their annual Pimalai pilgrimage.

Accommodation ranges from secluded pool villas hidden away in the hillside forest to beachfront suites situated only a few bare footsteps from the ocean. The onsite amenities, including the gym, dance studio and spa, are suitably five star — as is the food as the three signature restaurants — and in addition to the excursions organised by Scubafish the resort also runs its own exclusive cruises to Koh Haa.

An ideal alternative for guests who want to soak up the stunning marine scenery of Koh Haa without the seriousness of scuba diving, the leisurely five-hour trip to Koh Haa combines canapes, free-flow drinks and the chance to snorkel or swim in The Lagoon. “There aren’t many better ways to spend an afternoon on the Andaman Sea,” jokes Franck de Lestapis, Pimalai’s long-serving general manager.

Referring to Koh Haa’s relative lack of reputation, Franck adds that it mirrors how Koh Lanta as a destination has flown under the tourist radar for many years. “We are incredibly fortunate to have such incredible natural attractions on our doorstep, especially ones that have not been damaged by irresponsible tourism,” he says. “It is our responsibility to ensure they stay this way, while also making sure that people know that these authentic Thai experiences still exist and can be enjoyed.”