BANGKOK – Here are a few of my favourite experiences. The first two include food! We also explore Kagoshima’s two UNESCO World Heritage sites.
But first…have you eaten yet?
Big Pot Shabu-Shabu with Kagoshima’s signature pork.

Kurobuta black pork is famous the world over. Internationally it is highly prized; 5 star hotels and restaurants across the globe feature this revered pork. Kagoshima is the largest producer in Japan, accounting for 15% of all the pigs produced in the country.
Pork is the most popular type of meat by far in Japan. Nearly as much pork is consumed as chicken and beef combined.
Pork is a prominent part of Kagoshima cuisine. The Kagoshima Kurobuta (black pig) is the most highly regarded variety. Described as ‘soft, tender and tasty’ it is the pride of Kagoshima prefecture. Ironically, modern Kagoshima Kurobuta is a hybrid of the British Berkshire and Japan’s domestic black pig. Kagoshima’s mascot is a green pig, paying homage to the famous pork and also its natural heritage.
In Japan I was delighted to revisit the Nanshukan Restaurant which we ‘discovered’ last year. Situated just a 10 minute taxi ride from our Kagoshima base (the luxurious 5 star Hotel Shiroyama perched high above the city, with spectacular views of the city and Sakurajima volcano across the bay).
It was to be our farewell dinner with our organisers and principles – THAI Airways and Kagoshima Prefecture Visitors Bureau.
Dinner at the Nanshukan is a fun affair. Tables of 8-10 pax around a huge 70cm cast iron pot. Cold appetisers are served first then the hot pot becomes the focal point – into a delicious broth organic vegetables are added, later paper thin slices of the famous Kurobuta black pork. They are gently placed over upturned iceberg lettuce leaves so as not to over cook.
It was simply wonderful and later Kurokuma ramen noodles were added to soak in the delicious tasty broth.
The restaurant is open year round along with the hotel of the same name.
Tosenkyo Flowing Somen Noodles

Delicious fresh somen noodles in ice cold flowing spring water. (Somen are very thin white Japanese noodles made of wheat flour, less than 1.3 mm in diameter and usually served cold).
Located in the Tosenkyo valley in Ibusuki it is the only place to visit to experience the wonderful unique serving style of somen noodles ‘Somen Nagashi’. The noodles are placed in the swirling waters of the round centre piece to refresh and cool the noodles before you scoop them up with chopsticks and place in your somen dipping sauce with finely chopped spring onions and wasabi.
The unique centre piece on each table allows gravity fed clear spring water to rotate the noodles whilst cooling them in a ‘stream’ of flowing water.
Tosenkyo has the best and it is the most famous Somen Nagashi restaurant in Japan. The food was absolutely delicious. Our set menu consisted of sushi, miso soup, deep fried sweet potato and grilled trout, which are farmed here in the clear waters. (They are also experimenting with Russian sturgeons to produce Japanese caviar). A great stop for lunch.

It’s really fun and the meal was delicious and healthy. The sound of running water nearby is very calming and as you can imagine the atmosphere was wonderfully cool and clean. Surrounded by nature and greenery. A lovely place.
Close to the headwaters, 10 tons of water gush out from the valley everyday at 13 degrees and it is ranked as one of the 100 best water sources in Japan by the Ministry of Land, Infrastructure, Transport, and Tourism.
Getting there
20 minutes by car from the Ibusuki city centre or 10 minutes by car from Lake Ikeda.
JR Ibusuki-Makurazaki Line to Kaimon Station at Kagoshima Kotsu bus to Ibusuki Station (about 10 mins)
Opening times
Open all year round
9:30am – 5:00pm with extended hours during the summer
Sengan-en and Shoko Shuseikan – UNESCO World Heritage Site

Located along the northern coast of downtown of Kagoshima, lies the UNESCO site Sengan-en Garden, a stunning Japanese landscaped garden. In July 2015 it was declared a World Cultural Heritage site together with Shoko Shuseikan, a machine factory museum. The backdrop to the grounds is Sakurajima volcano in Kagoshima Bay.
The garden, in traditional Japanese style, comprises of residence, shrines, small ponds, walkways, streams and bamboo groves. Built in 1658 as the villa of the wealthy family Shimadzu, one of the most powerful feudal clans during the Edo Period (1603-1867). This family ruled Kagoshima for almost 700 years, until the end of the feudal age in 1868.
The first thing to see when stepping into the compound is an 80kg iron cannon. The first foundry was located here.
At the residence of Lord Shimadzu, visitors can experience a guided tour and enjoy Japanese tea and traditional confectionery.
Opening times
Open daily
08:30-17:30 all year round
Yakushima Island – UNESCO Natural World Heritage Site

Yakushima is a circular island approximately 60km southwest of Kyushu’s southern most tip. Comprising virgin forests and a diverse range of eco-systems. It is referred to as the Galapagos of East Asia and due to its mountainous terrain “the Alps on the Ocean“, many of which are over 1000m high, including Mt Miyanoura-dake (1935m above sea level), the highest in Kyushu. It’s a perfect choice if you love nature and plant life.
One-fifth of the island was declared a Natural World Heritage Site by UNESCO in 1993.
The change of temperatures at different altitudes and the abundance of water and rain provides a perfect micro-climate for plants from both subtropical and cold temperate zones. The most commonly seen animals are the Yaku monkey and Yaku deer amongst the 1,000-year old cedar trees. The monkeys and deer outnumber the human population by 2 to 1.
A must-do is hiking the Shiratani Unsuikyou Ravine covering 424 hectares of forest, 600-1300m above sea level. The forest is covered in ferns and mosses and full of cedar trees and laurels that inspired the animated film Princess Mononoke.
The island also boasts the tallest falls in South Kyushu with an 88m drop, Ohko-no-taki waterfall, one of Japan’s top 100 falls.
Just 1 hour 45mins from Kagoshima Honko port, or 1 hour 15mins from Ibusuki Port to Yakushima Miyanoura Port by high speed ferry.
To travel around the island, there is an excellent inexpensive daily hop-on/off bus service which departs hourly during daylight hours.

A professional hotelier, Skalleague, travel writer and Director of one Thailand’s leading DMC/travel agents, Andrew J Wood has over 35 years of hospitality and travel experience. He is a graduate of Napier University, Edinburgh (Hospitality Studies.) A UK national, Andrew was born in Yorkshire and prior to moving to Thailand Andrew gained valuable post graduate experience with Thistle Hotels (UK); Hilton Intl (Paris) and Sheraton Hotels & Resorts (London). He started his hotel career in Thailand with Shangri-La Hotels, Royal Garden Hotels and Resorts and the Landmark Group of Hotels (Thailand and UK) and later became General Manager of some of the country’s leading hotels including the Royal Cliff Beach Resort, Pattaya. Andrew is a former Board member and Director of Skal International (SI), National President SI THAILAND and President of SI BANGKOK. He is a regular guest lecturer at various Universities in Thailand including Assumption University’s Hospitality School. Due to his extensive hospitality and travel experience, Andrew as a writer is widely followed.
Follow TravelDailyNews Asia-Pacific in Google News 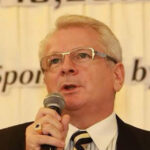 Andrew J Wood was born in Yorkshire England, he is a former hotelier, Skalleague and travel writer. Andrew has 48 years of hospitality and travel experience. Educated at Batley Grammar School and a hotel graduate of Napier University, Edinburgh. Andrew started his career in London, working with various hotels. His first posting overseas was with Hilton International, in Paris, and he later arrived in Asia in 1991 on Bangkok with his appointment as Director of Marketing at the Shangri-La Hotel and has remained in Thailand ever since. Andrew has also worked with the Royal Garden Resort Group now Anantara (Vice President) and the Landmark Group of Hotels (Vice President of Sales and Marketing). Latterly he has been the General Manager at the Royal Cliff Group of Hotels in Pattaya and the Chaophya Park Hotel Bangkok & Resorts.

A past board member and Director of Skål International (SI), a former National President with SI Thailand and a two time past President of the Bangkok Club. Andrew is currently President of Skål Asia. In 2019, Andrew was awarded SKÅL’s highest award the distinction of Membre D’Honneur.

He is a regular guest lecturer at various Universities in Asia. 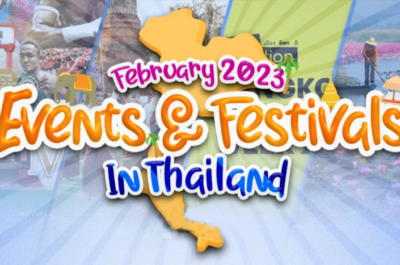 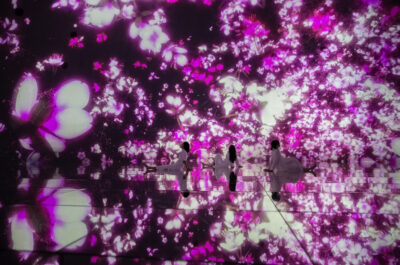 More than half of visitors to teamLab Planets in Toyosu, Tokyo now come from overseas 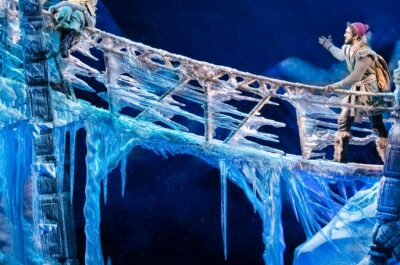 Base Entertainment Asia announce Trip.com as the regional ticketing partner for Disney’s Frozen 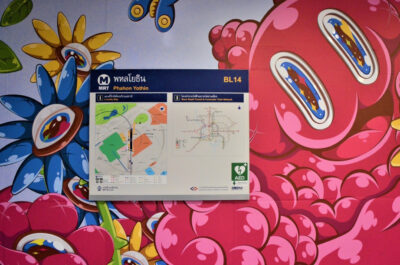 Asia Super Team is back