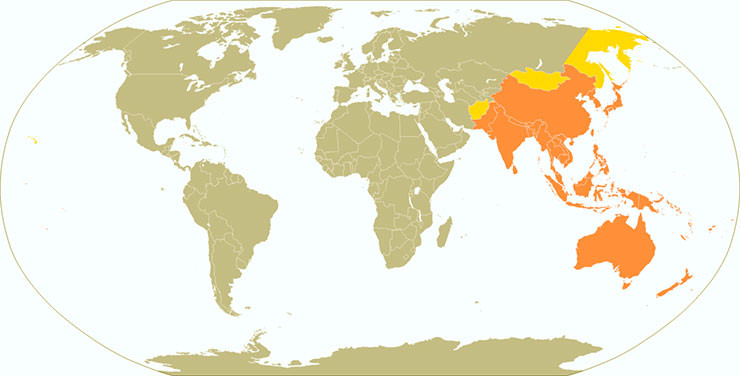 The Asia-Pacific region has now become a global economic powerhouse and many analysts predict that this sense of momentum is only expected to increase in the coming years.

In the past, some societies in the western world joked that everything made cheap originated from regions such as China and Asia as a whole. While this was nothing more than a myth at the time, those who coined such a phrase are now certainly eating their words. The Asia-Pacific region has now become a global economic powerhouse and many analysts predict that this sense of momentum is only expected to increase in the coming years. This is great news for local and regional economies, as the sheer variety of opportunities for freelancers and similarly motivated entrepreneurs cannot be overstated. Still, it is wise to take a quick look at what impact this unprecedented level of growth will have upon the global economy as well as the role that the digital domain has played.

From a Regional Force to a Global Power

The world is inextricably linked by economics and this observation has been true for thousands of years. However, the advent of lightning-fast communications and an unprecedented level of interdependence has ushered in an entirely new era. A fiscal downturn that might have been limited to a certain country is now much more likely to spread to its neighbours. In the same respect, positive growth (known as a bullish marketplace) will impact far beyond traditional geographic borders.

This can be seen in the growing demand for Asian goods within the western world. From technological outsourcing to vehicle production and everything in between, western businesses have come to rely upon the talent that Asia has to offer. The GDP of major nations such as China, Japan and Singapore has likewise risen as a direct result. We should not expect these trends to slow down anytime soon.

The Indelible Impact of the Digital E-Commerce Community

The role of the Internet cannot be overstated when referring to the growth seen throughout the Asia-Pacific region. While larger businesses have certainly leveraged this digital medium, let's not fail to mention that freelancers and SMEs are likewise employing e-commerce providers such as Shopify.sg to more efficiently promote their products and services. This has led to an extremely liquid marketplace; one of the hallmarks of a burgeoning economy. E-commerce platforms are likewise continuing to evolve in order to keep abreast of the latest demands from their customers. It is therefore perfectly logical to assume that these systems will become smarter, more intuitive and highly versatile.

If the past has taught us anything, it is that it is impossible to predict the future with complete certainty. The financial crisis of 2007 clearly illustrates this fact. However, it is just as realistic to assume that the Asian economy will continue to grow at a breakneck pace. As demands for goods and services increases, local businesses should be able to enjoy a bright future. Professionals who are able to capitalise upon such concepts could very well be able to take their budding enterprises to the next level. Thanks to a globally interconnected community, business as usual is now a thing of the past. I'm a content editor. Passionate about reading, marketing, and I love traveling.