The School of hotel 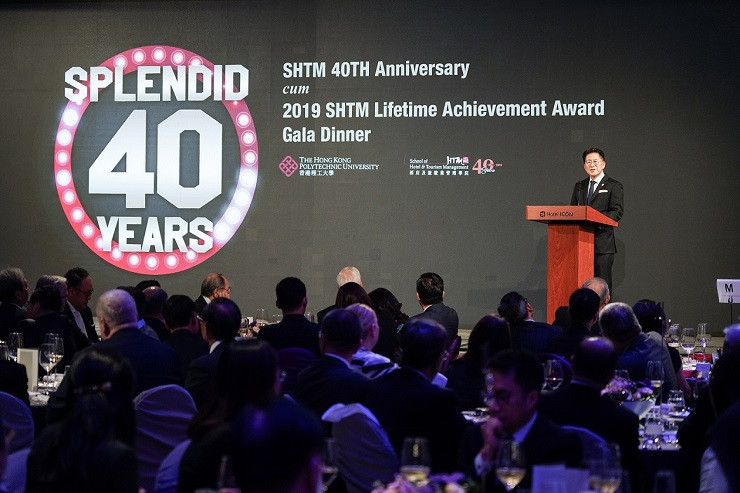 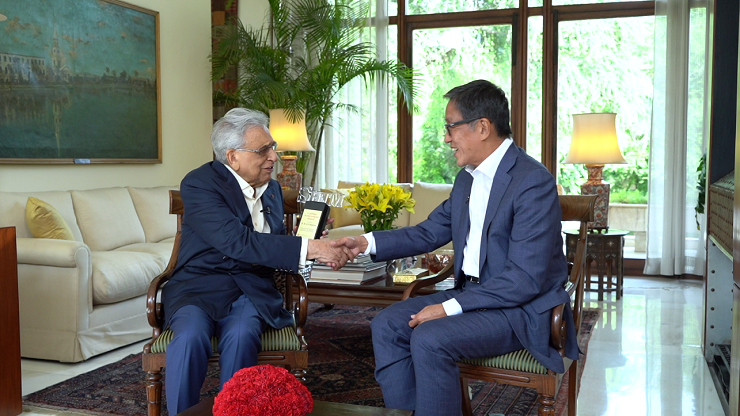 The SHTM was founded 40 years ago in 1979. From humble beginnings as a diploma-conferring department, it has now risen to become a leading hospitality and tourism school not only in Asia, but also in the world.

The School of Hotel and Tourism Management (SHTM) of The Hong Kong Polytechnic University (PolyU) celebrated its “Splendid 40 Years” by hosting a gala dinner at Hotel ICON, the SHTM’s world-class teaching and research hotel, on 20 September 2019. Close to 400 guests from around the world attended the occasion in celebration of the School’s 40th anniversary.

Addressing at the gala dinner, Professor Philip C. H. CHAN, Deputy President and Provost of PolyU said, “The year 2019 is a special year for the SHTM as the School celebrates a significant milestone. For everyone at the SHTM and PolyU, the key thing to celebrate is not the mere passage of time, but the vision and scale of achievement that have gone into creating a world-leading centre of education and research excellence, which continues to set new standards in advancing knowledge and serving the industry. I have full confidence that the School will achieve even greater global excellence and lead the development in the field in the years to come.”

In its pursuit of excellence, the SHTM places great importance on innovative research and encourages a robust research culture amongst its international faculty of more than 70 academics from 21 countries and regions globally. The School offers programmes at levels ranging from undergraduate to doctoral degrees to more than 1,400 students from around the world each year.

The upscale Hotel ICON, which opened in 2011, provides the centrepiece of the SHTM’s educational and research model. The unique purpose-built and purpose-driven hotel not only supports the School in nurturing a new generation of passionate, pioneering professionals who will become future leaders in the industry, but also enables SHTM faculty members to conduct in-depth research for the advancement of the global industry.

At the heart of its success is the partnership the SHTM values. The School continues to forge strong synergies among the University, the industry, its students and staff members, and takes pride in its strong connections with the community, business and academia.

The celebration culminated in the announcement of the prestigious 2019 SHTM Lifetime Achievement Award. Mr P. R. S. OBEROI, Executive Chairman of EIH Limited, the flagship company of The Oberoi Group, was honoured with the accolade.

The award was presented to Mr Oberoi, now 90 years old, at a ceremony held in Delhi, India in August by Dr K. P. HO, Immediate Past Chairman of the SHTM Advisory Committee and Executive Chairman of Banyan Tree Holdings. Mr P. R. S. Oberoi was represented at the ceremony by his son Mr Vikram Oberoi, Managing Director and Chief Executive Officer, EIH Limited.

Over the years, Mr P. R. S. Oberoi has made immense contributions to the international hotel sector, and is continuously redefining the standard of hospitality and luxury. In addition to leading the management of luxury hotels in several countries, he has been instrumental in pioneering the development of the new Oberoi hotels and resorts. Under his leadership, the “Oberoi” brand has come to represent fine luxury hotels.

Mr P. R. S. Oberoi said, “I am grateful and honoured to be receiving the Lifetime Achievement Award and would like to thank the entire team at the SHTM for this prestigious accolade.”

Extending heartfelt congratulations to Mr Oberoi on receiving the well-deserved award, Professor Kaye CHON, SHTM Dean, Chair Professor and Walter Kwok Foundation Professor in International Hospitality Management, said, “With 40 years of impressive developments, the SHTM has successfully established itself as a world-class centre of hospitality and tourism education and research. Our commitment to excellence is well supported by distinguished individuals such as Mr Oberoi. Looking ahead, we will further contribute to extend the frontier of knowledge in hospitality and tourism, and continue to play a leading role in nurturing talents for the advancement of the entire industry.”

The SHTM Lifetime Achievement Award was established in 2016 by the SHTM to honour outstanding persons who have contributed substantially to the development of hospitality and tourism in Hong Kong, the region and around the world. In bestowing the award, the SHTM seeks to recognise true leaders who help define the global hospitality landscape and advance the industry.