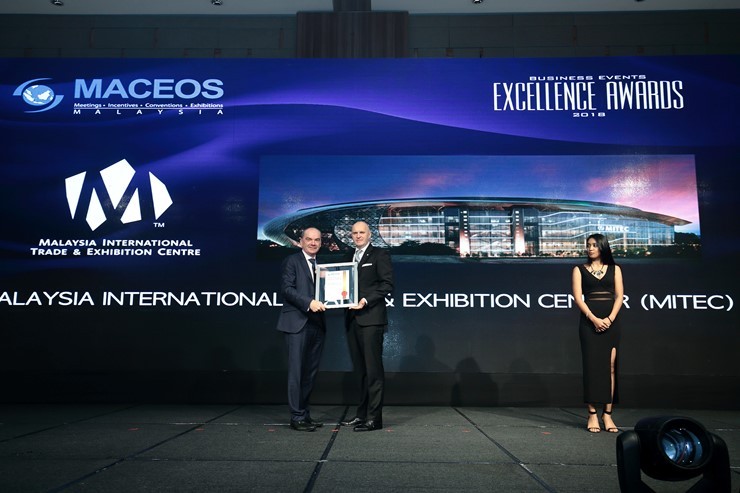 The industry recognition is awarded to MITEC for enhancing business participation and developing key economic sectors of the industry.

MITEC, a new iconic and prestigious landmark of Malaysia, is an example of a successful public-private partnership between the private sector and the Government. It is the game changer in the nation’s business events industry, giving Malaysia the capability to compete and meet demands in a growing industry sector.

Expressing his delight at the Venue’s recognition, Gunther Beissel, Chief Executive Officer, MITEC said, “With the rapid growth taking place in MITEC’s vicinity, the KL Metropolis project welcomes the development of hotels, lifestyle malls, urban parks and luxury apartments within walking distance. MITEC which is part of the Trade and Exhibition District is poised to gradually become an even greater attractive proposition for regional and international events”.

MITEC was developed through a public private partnership with the Government. The RM628 million facility was developed by Naza TTDI Sdn Bhd, the property arm of Naza Group.

The Venue is now owned by the Malaysia External Trade Development Corporation (MATRADE), a national trade promotion agency under the Ministry of International Trade and Industry (MITI).

In addition to the ‘Best Strategic Public-Private Partnership’ Special Recognition Award, MITEC’s CEO also picked up an award in the third-quarter 2018 – the ‘Leadership Excellence in MICE’ at the 8th Global Leadership Awards (GLA) 2018.