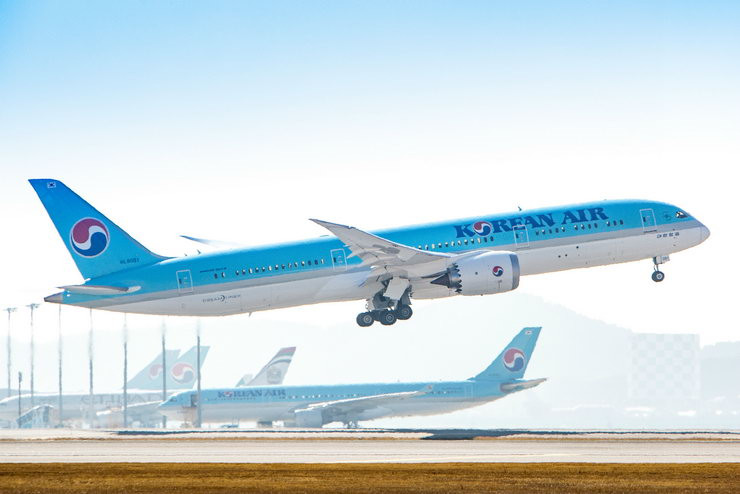 Hong Kong - Korean Air announced changes to its flight schedule in time for 2019 winter season. In line with the winter schedule that will take effect on October 27, the airline will offer more convenient schedules for passengers by increasing supply of major routes with high seasonal demand.

First, Korean Air will launch new flights to Clark, the Philippines, on October 27. The flight will depart from Incheon at 7:55 a.m., offering a convenient schedule for passengers preferring a morning flight.

Clark is a resort town on the island of Luzon in the Philippines, which is about two hours by land from Manila, the capital city. The Puning Hot Springs and Subic Beach are well-known tourist destinations, and demand for tourism has been rising steadily recently.

The airline will also launch new flights to Zhangjiajie, Nanjing and Hangzhou, which are routes distributed as a result of the previous Korea-China aviation talks. Incheon-Zhangjiajie will be operated three times a week, Incheon-Nanjing four times a week, and Incheon-Hangzhou twice a week.

Nanjing, China, is well-known as the center of electronics, petrochemical and automobile industries, with many Korean companies operating there, while Zhangjiajie is a leading tourist destination in China, which has been listed as a UNESCO World Natural Heritage site due to its excellent natural scenery. Hangzhou is famous for its artificial lake, West Lake, and is also known as the center of China's IT industry, as it is home to the headquarters of Alibaba, an e-commerce company.

Meanwhile, Korean Air will deploy wide-body aircraft such as B747-8i and A380 on the Oceania routes, expanding capacity and improving customer convenience.

Korean Air is endeavoring to achieve route competitiveness and enhance profitability through winter schedule adjustments, by expanding its capacity on Southeast Asia, China and Oceania routes, following the falling demand on Japanese routes and changes in seasonal demand.