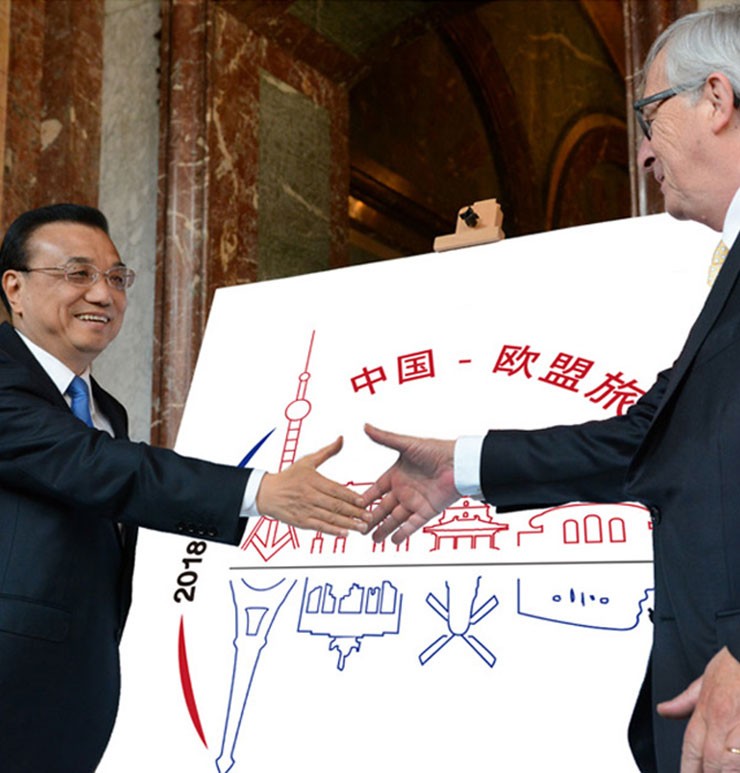 Brussels, Belgium --  While the EU-China Tourism Year 2018 (ECTY 2018) has officially come to an end, the success of the initiative continues to be felt, with growing numbers of Chinese tourists putting European destinations at the top of their tourism agendas throughout 2018 and beyond. Agreed in 2016 by the Chinese Prime Minister and the President of the European Commission, the European Travel Commission (ETC) played a key role from the outset in what was a unique opportunity to attract more Chinese travellers off the beaten path, stipulate economic cooperation in the tourism sector, and give extra impetus to EU-China visa facilitation and air connectivity.

Complementing the work of the European Commission and the Ministry of Tourism and Culture of China, ETC rolled out an 18-month programme of activities, aiming to increase the appetite of Chinese tourists to visit European destinations. An important element of this was a major promotional campaign in the biggest Chinese Online Travel Agencies and social media platforms, which ETC implemented to promote Europe’s lesser-known touristic assets. At all times, ETC sought to assist Chinese tourists considering a trip to Europe, developing “how-to” videos along with custom-made digital travel guides, which proved an invaluable resource to many. Chinese tourists were also aided with a Wechat Mini-Programme which provided practical information on visa applications, emergency information and translation facilities, making it easier for Chinese tourists to navigate European destinations. All together EU marketing materials reached over 450 million views of potential Chinese travellers.

ETC additionally hosted 200 Chinese tour operators on trans-European familiarisation trips in 22 EU countries, ensuring these operators could experience European destinations first-hand, and were therefore well-placed to make recommendations for Chinese guests. ETC also coordinated the participation of 75 European destination and tourism businesses at four major travel trade shows in China and co-organised together with the European tourism association (ETOA) seven matchmaking workshops in Europe and China, bringing together 770 Chinese buyers and more than 1,000 European suppliers. These projects benefited from co-funding from the European Commission, which ensured the ECTY was as impactful as possible.

By the numbers: region-wide growth for European destinations

These efforts paid dividends. EU destinations registered a year-on-year increase of 5.1% in Chinese arrivals during the 2018 ECTY, with all four EU sub-regions reporting positive growth: Central/Eastern EU posted a double-digit increase of 10.6%, Western EU enjoyed a 6.1% increase, while the Southern EU and Northern EU saw an increase of 5.2% and 2.7% respectively. Crucially, all parties were keen that the work completed as part of ECTY 2018 would result in benefits being felt for European destinations and Chinese tourists into 2019 and beyond. In a positive reflection of ECTY 2018, forward bookings from China to the EU for January-April 2019 are up by 16.9% compared to 2018, well ahead of the 9.3% increase in Chinese bookings to worldwide destinations.

Eduardo Santander, Executive Director of the European Travel Commission said: “The EU-China Tourism Year has been a big success, and we are keen to continue working with our European and Chinese partners to build on these results. China is now the world’s largest outbound market in terms of travellers and expenditure, with Chinese travellers spending €10 billion on travel services in the EU in 2017. ECTY 2018 saw an increased appetite for European destinations, which keeps growing now in 2019”.

The programme of activities was complemented by the publication of multiple reports and webinars to aid the European travel industry in their efforts to tap into the potential of the Chinese outbound travel market.