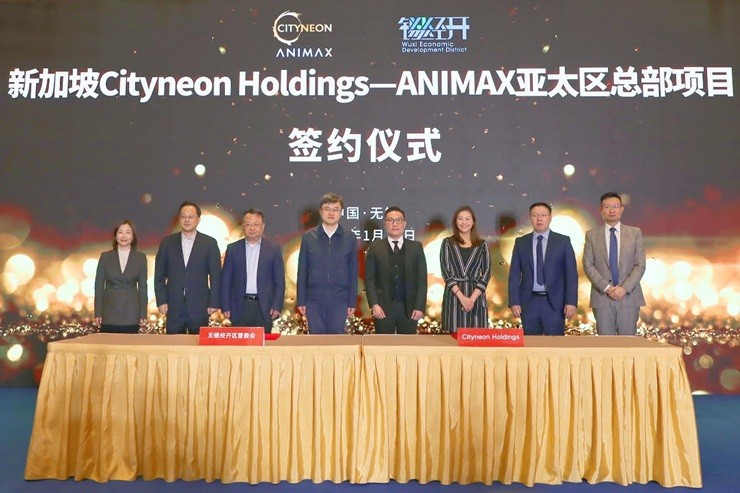 The agreement aims to land a new global R&D facility of its fully owned subsidiary Animax, a world-class animatronics company that specializes in entertainment robotics.

WUXI, CHINA – Cityneon Holdings (“Cityneon”, the “Company”/collectively with its subsidiaries, the “Group”), a global entertainment experience company, enters into an agreement with Wuxi Jingkai Government to land a new global R&D facility of its fully owned subsidiary Animax, a world-class animatronics company that specializes in entertainment robotics.

Located in Nashville, US with over 30 years of industry experience, Animax is the creative robotic entertainment powerhouse that has been supporting the Group’s Intellectual Properties (“IP”) experiences in cities around the world. Animax also serves some of the largest operators in the world in themed entertainment, live attractions, and location‐based entertainment. As storytelling engineers, Animax brings its unparalleled expertise and experience to design and build characters and multiple forms of entertainment robotics which have delighted and entertained millions of audiences.

“We are pleased to support the development of the Animax R&D facility in the Jingkai District and we look forward to witnessing the endless possibilities that this venture will bring to Cityneon and to the city of Wuxi,” said Mr. Secretary of CPC Working Committee and Director of Administrative Committee of Wuxi Jingkai District.

Mr. Ron Tan, Executive Chairman & Group CEO of Cityneon said, “We are honored to work with Wuxi Jingkai Government to bring Animax to China. This new facility in China allows Animax to further expand its capabilities to be a world-class animatronics company that specializes in entertainment robotics, and it will also play a pivotal role in Cityneon’s strategic expansion of entertainment experiences globally.”

“Today marks an exciting milestone in the continued growth and development of Animax, with our first step toward a rapid expansion in Asia. The development and construction of the new China facility will be swift and we look forward to this exciting next step in the globalization of Animax's markets and capabilities,” said Mr. Steve Andersen, P.E., Vice President of Operations of Animax.