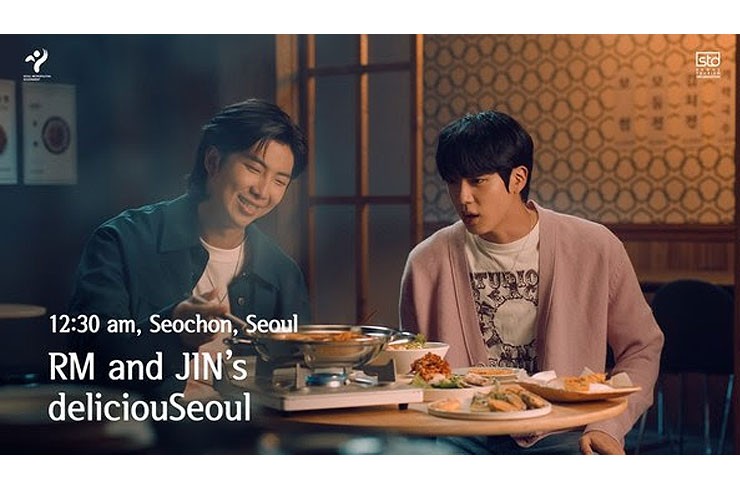 This year BTS members RM and Jin reveal three shades of allure of the city ('deliciouSeoul', 'healingSeoul' and 'snapshotSeoul') by sharing how enjoyable their daily lives are in Seoul. After releasing the first episode of 'deliciouSeoul' on September 16 2022, a total of three episodes will be made public every week.

A large scale campaign promoting tourism in Seoul by showing promotional videos and flashing the city of Seoul's 'MY SOUL SEOUL' slogan on major media channels including CNN, BBC and CNA and outdoor screens in seven major Asian cities including Tokyo, Kuala Lumpur and Bangkok will continue till November. Giveaways will be given to those who post shots of outdoor screens displaying the clips on social media and for those seeking further information such as the broadcast period in specific countries please check out Seoul Tour's official social media channels such as the instagram page.

Seoul Tourism Organization showed determination saying "we are hoping that the clips and global promotional activities with BTS etch Seoul as the primary destination of choice into the minds of all world travelers planning their long sought after post COVID-19 trips."