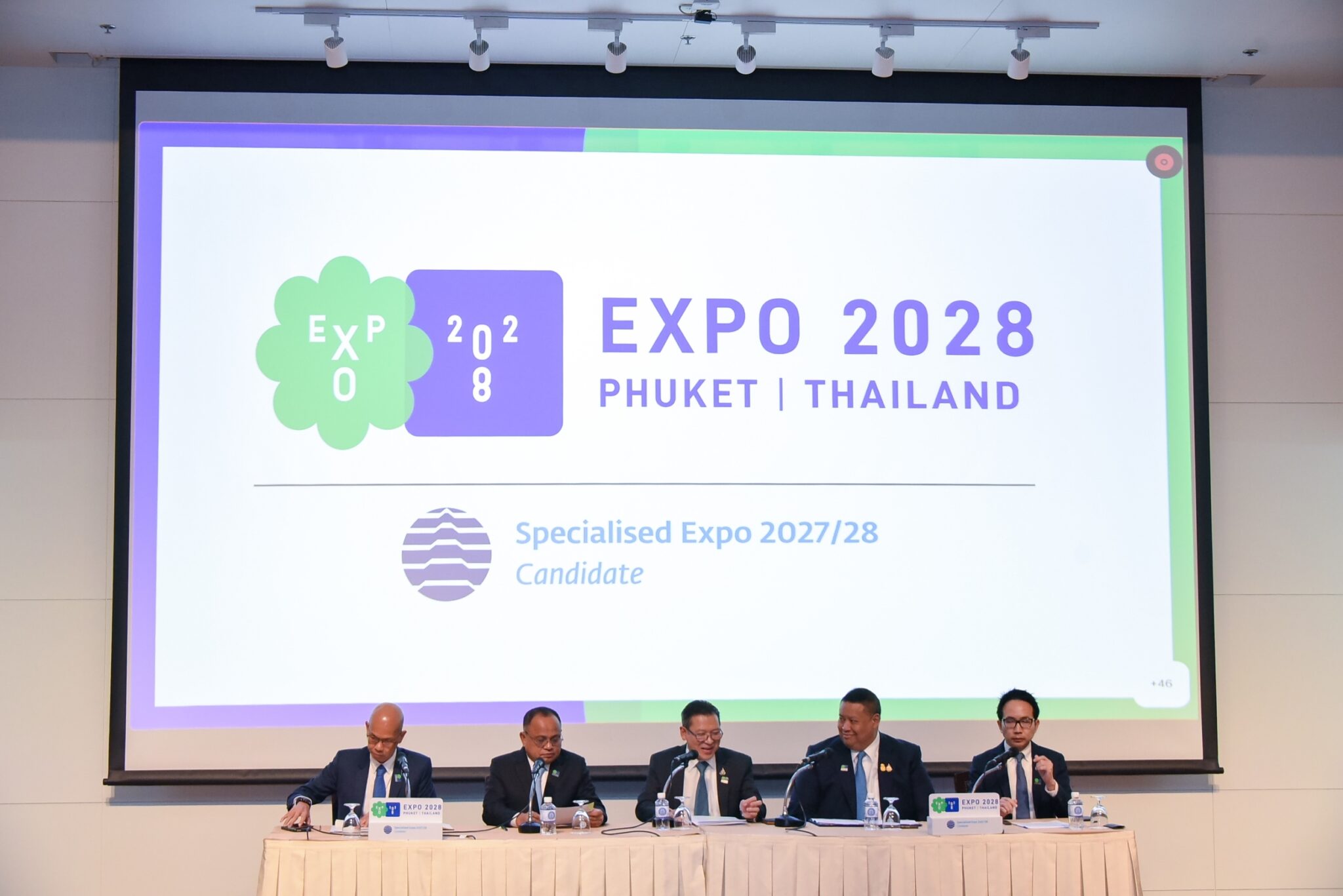 Thailand’s bid to host Expo 2028 in Phuket is prioritised as a national agenda. Thailand and Phuket are fully ready to host the Expo, which will be the first of its kind in Southeast Asia, standing to benefit the entire region.

On 12 January 2023, the Ministry of Foreign Affairs of Thailand held a briefing on Thailand’s candidature for Expo 2028 Phuket Thailand by Mr. Sarun Charoensuwan, Permanent Secretary for the Ministry of Foreign Affairs, and representatives of relevant agencies. Following the briefing, H.E. Mr. Vijavat Isarabhakdi, Vice Minister for Foreign Affairs, hosted a Reception under the theme “Local to Global: Phuket Expo 2028”, which was attended by approximately 250 representatives from the diplomatic corps and honorary consulates in Thailand as well as foreign chambers of commerce, joint foreign chambers of commerce, the media and the private sector.

The objective of the briefing is to provide information on Thailand’s commitment and vision for hosting Expo 2028 in Phuket under the theme “Future of Life: Living in Harmony, Sharing Prosperity” and to seek supports from member states of the Bureau International des Expositions (BIE) in the upcoming election in June 2023 in Paris.

PS Sarun reiterated that Thailand’s bid to host Expo 2028 in Phuket is prioritised as a national agenda. Thailand and Phuket are fully ready to host the Expo, which will be the first of its kind in Southeast Asia, standing to benefit the entire region.

Mr. Chiruit Isarangkun Na Ayuthaya, President of Thailand Convention and Exhibition Bureau (Public Organization) or TCEB, gave an overview of Thailand’s vision for the Expo, including its theme and concept that seeks to address pressing global challenges impacting People, Planet and Prosperity. The Expo 2028 in Phuket will provide a platform for participating countries to present their innovative solutions for sustainable future living, where people and the environment will be at the center and no one is left behind. Mr. Narong Woonciew, Governor of Phuket, stressed that Thailand’s bid to host Expo 2028 Phuket Thailand is a local initiative that is being fully driven by Phuket’s local communities. In addition, Phuket’s long-term development strategy to promote sustainability in all dimensions makes it a fitting place to inspire and foster positive changes towards a sustainable future. Mr. Bhummikitti Ruktaengam, Advisory Chairman Phuket Tourist Association, as a representative of Phuket reaffirmed this point by presenting Phuket’s strengths as a top tourism destination, equipped with transportation connectivity and world-class facilities to accommodate visitors from all over the world. Hosting the Expo in Phuket will also contribute to local development, which will benefit the local communities and beyond. Lastly, Dr. Peeradon Kaewlai, Architect, Advisory to Expo 2028 Phuket Thailand, outlined the Expo Site’s design and concept known as the “Flow of Nature” with an emphasis on the use of green technology. He also presented the legacy planning where the Expo site will be adapted into the “World Medical and Wellness Centre”, providing a sustainable legacy and long-term benefits to the people of Phuket and the region.

Following the briefing, VFM hosted the “Local to Global: Phuket Expo 2028” Reception at Vithes Samosorn. The reception was aimed at providing information and highlighting key elements of the proposed Expo in Phuket. The strong participation by Phuket’s local communities was especially highlighted, through activities from Phuket Young Ambassadors as well as Ms. Manita Duangkham Farmer, Miss Thailand 2022 and a Phuket native. Phuket’s unique charms and strengths were also showcased at the reception, including local gastronomy, culture as well as Phuket’s renowned sustainable and health tourism industries. These helped underscore the theme and concept of Thailand’s candidature for Expo 2028 Phuket Thailand. 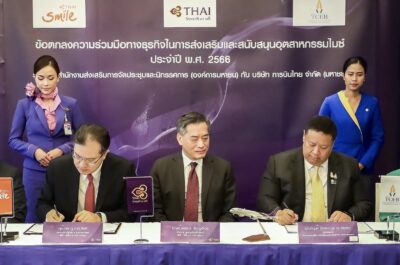