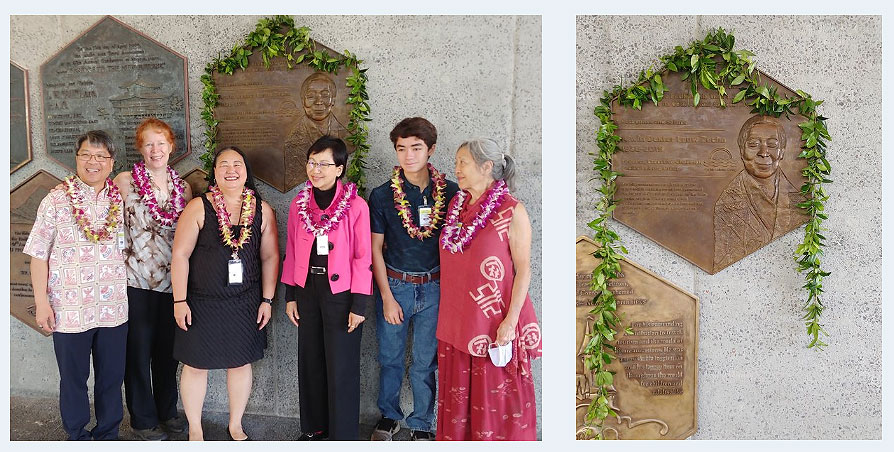 HONOLULU – The Pacific Asia Travel Association (PATA) announced that Alwin Zecha, founder of the Pacific Leisure Group, has been inducted into the PATA Gallery of Legends. The Gallery of Legends Award is a special honor bestowed once every few years to recipients who were true pioneers in the travel and tourism industry in the Asia Pacific region. A ceremony was held on Jan. 5, 2023 at Daniel K. Inouye International Airport where Zecha’s plaque was mounted joining the other honorees on the north side of the open-air walkway to the E Gates. Attendees included PATA Hawaii’s chair and board members and Zecha’s family. PATA CEO Liz Ortiguera‘s remarks were delivered through PATA Hawaii Chair, Jennifer Chun.

Zecha was a pioneer who contributed greatly towards the growth of tourism in the Asia Pacific region. He was well respected by the industry for his extraordinary contributions and was unanimously voted by PATA’s Honors Committee to be included into the Gallery of Legends. Zecha was the founder and executive chairman of the Pacific Leisure Group, a leading destination management company with offices in 38 countries worldwide. During his illustrious career, he also served as a board member and Chairman for numerous other organizations.

He first joined PATA in 1961 and had been actively involved with the association through positions on the board and at the committee level. He was elected PATA president for two consecutive terms in 1985 and 1986 and played a major role in the decision to relocate PATA headquarters from San Francisco to Bangkok in 1998.

Founded in 1951, PATA is a nonprofit, membership-based association that acts as a catalyst for the responsible development of travel and tourism to, from and within the Asia Pacific region. The association provides aligned advocacy, insightful research, and innovative events to its member organizations, which include government, state and city tourism bodies; international airlines and airports; hospitality organizations, and educational institutions, as well as thousands of Young Tourism Professional (YTP) members across the world. Thousands of travel professionals belong to the 32 local PATA Chapters worldwide, while hundreds of students are members of the 28 PATA Student Chapters globally.

The PATA Hawaii Chapter conducts events featuring quality speakers and industry professionals providing relevant, actionable and timely information relating to Hawaii’s visitor industry. In addition, there are networking and educational opportunities for members to engage in relationships that could enhance jobs and careers. PATA Hawaii is also committed to supporting the future generation of Hawaii’s visitor industry leaders by sponsoring its annual Student Forum providing college students with opportunities to hear from and network with industry experts.