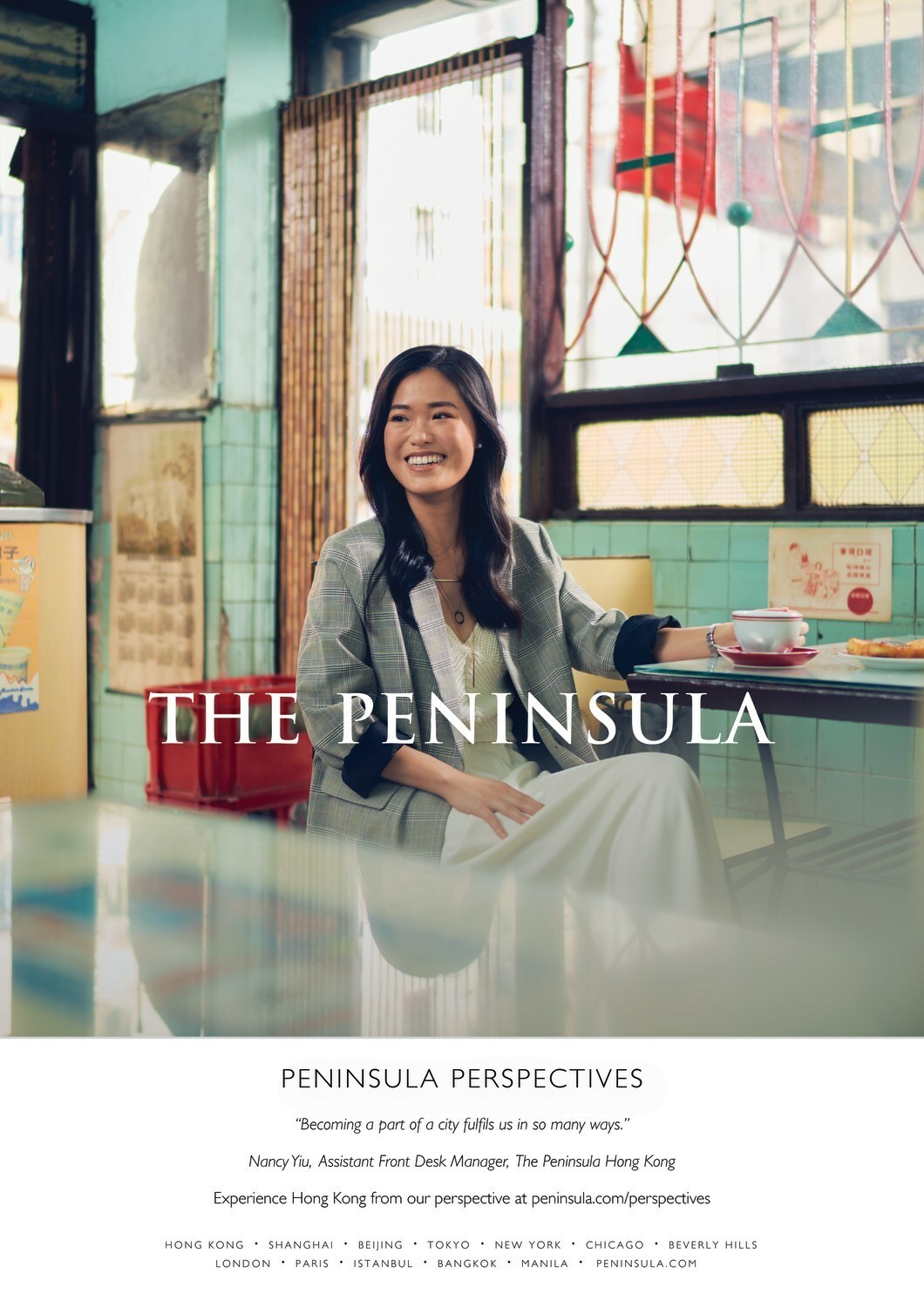 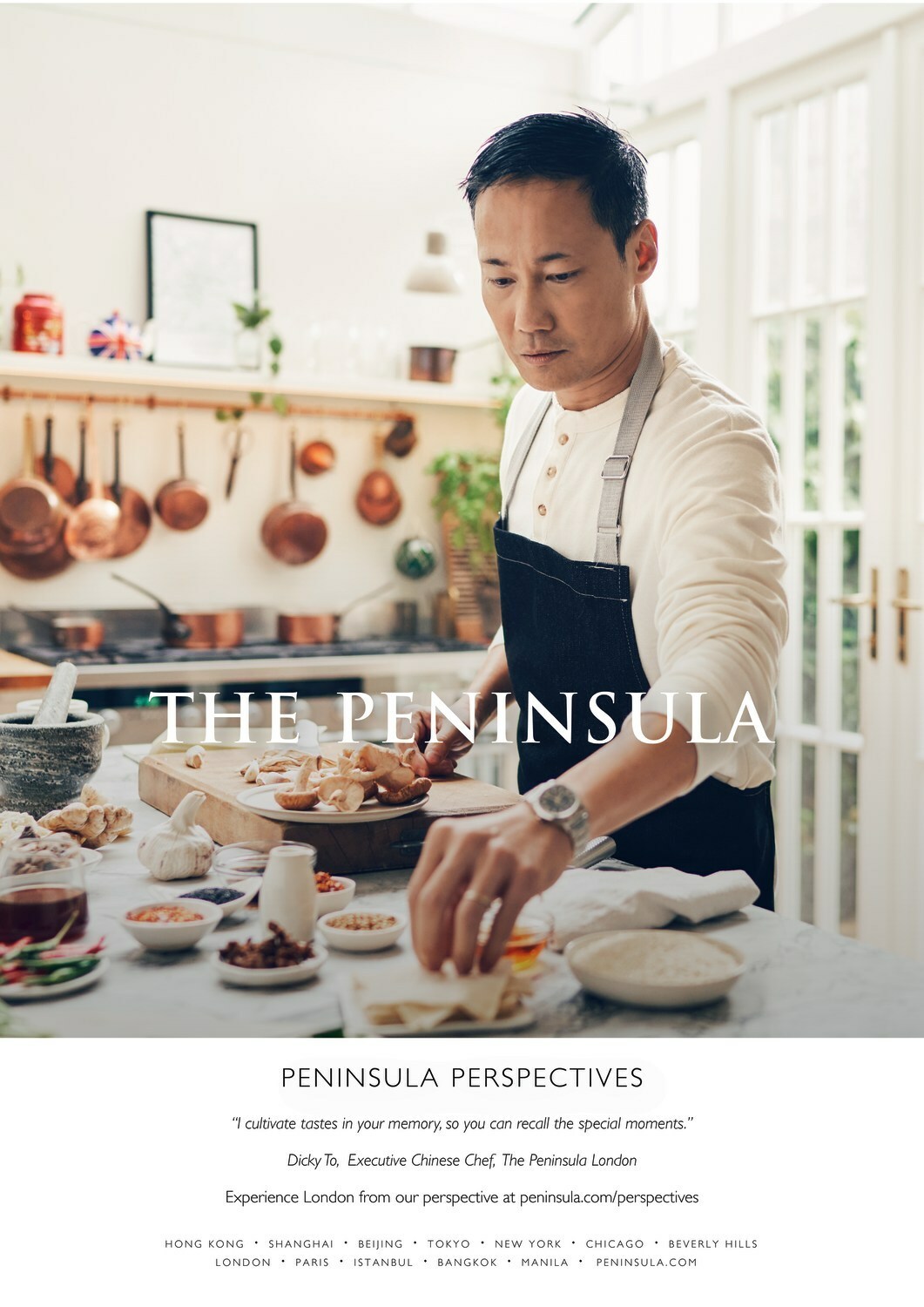 Peninsula team members – from chefs to drivers – share the backstories that connect them to the cities they call home, in a striking new brand advertising campaign.

HONG KONG – Known throughout the world for its portfolio of luxurious properties – and the remarkable long-term dedication of its team members – The Peninsula has created a new global brand campaign, “Peninsula Perspectives,” which honours the diverse individual histories of the employees who contribute to its hotels’ highly personal guest experience.

The campaign, set to launch in late January with a gradual, global roll-out, will encompass a series of personally narrated video spots in which Peninsula employees reflect, in their own words, about the personal journeys that led them to The Peninsula, and the relationships they have cultivated with the cities where they live and work. The campaign will also include a collection of print advertisements, each featuring a beautifully photographed portrait of a Peninsula team member in their home-city location that holds a deep personal significance for them.

“With Peninsula Perspectives, we aim to showcase the extraordinary team members that are our brand’s most priceless resource,” said Peter Borer, Chief Operating Officer of The Hongkong and Shanghai Hotels, Ltd., The Peninsula’s parent company. “We recognise that, even more than our elegant facilities and vibrant locales, it is our employees that make The Peninsula experience truly exceptional. They offer our guests a genuine, human connection to our hotels’ enchanting and dynamic destinations.”

A Tradition of Celebrating Staff
The first phase of Peninsula Perspectives will highlight team members at three Peninsula properties: the brand’s iconic flagship hotel in Hong Kong, and its two brand-new European locations, The Peninsula Istanbul and The Peninsula London. The video spots, in which team members describe their own personal trajectories in their own voices, will be supplemented by print-advertising portraits including front-desk team members, baggage handlers, and the designers and chefs who helped create the aesthetic of the newest hotels.

The new Peninsula Perspectives campaign offers a modern and intimate tribute to its hotel employees. This follows on from The Peninsula’s two most famous and long-lived advertising campaigns which have prominently featured team members. The first, “Portraits of Peninsula,” which ran between 2004 and 2011, was comprised of a collection of black-and-white photo portraits by renowned American portrait photographer Annie Leibowitz – showing Peninsula Pages, valets, housekeepers, and others, performing their daily responsibilities around the world. The next campaign, “Peninsula Moments,” which debuted in 2012, included a series of short films that explored the distinctive glamour of each property’s destination city – and how Peninsula employees extend that sensibility to hotel guests.

“The spectrum of knowledge and experience our various team members bring to The Peninsula is invaluable,” said Mr. Borer. “The way they see the world matters, and it informs every aspect of the peerless hospitality we provide. Quite simply, The Peninsula is its people.”

Stories of Deep Cultural Bonds – and Bold New Adventures
Both components of the Peninsula Perspectives campaign – its print portraits from Manila-based photographer Francisco Guerrero, and the video spots created by Hong Kong based creative agency, Carbon – represent a diverse array of employee experiences. The advertisements ads, which will appear in a variety of audience-targeted print and digital media, feature Peninsula team members ranging from front-facing executives to behind-the-scenes creative artists and service providers, and from relatively new hires to those who have worked with the brand for decades.

The trio of in-depth video profiles selected to launch the campaign, which chronicle the personal journeys of three different female Peninsula team members, reveal the wide variety of experiences employees bring to their roles. One spot, at The Peninsula Hong Kong featuring Connie Lo, a proud female driver in what is typically a male-dominated profession, conveys the perspective of a lifelong city resident. Ms. Lo describes how a childhood spent exploring Hong Kong’s mountains and parks fueled her appreciation for its natural beauty – which she now shares with guests who ride with her in one of the hotel’s customised Rolls-Royces.

Another campaign video profiling Pamini Hemaprabha, Director of Services at the soon-to-open Peninsula London, expresses the viewpoint of a city newcomer discovering the wonders of her adopted home. In voice-over narration, Ms. Hemaprabha recounts her bold decision to leave her home country of India to seek fulfilment oceans away.

“I chose to rewrite my story,” Ms. Hemaprabha says in her video. “London is a magic box…every corner a new scene, and every character free to dream.”

A third Peninsula Perspectives video, which spotlights Janset Barlas, the Director of Rooms at soon-to-open The Peninsula Istanbul which opens on the 14th of February, tells yet another kind of backstory: one of departure and return. An Istanbul native, Ms. Barlas travelled all over the world, including in New York where she work at The Peninsula New York before the cherished traditions and welcoming warmth of the city drew her back.

“In my city, we say, ‘Strangers are friends you have yet to drink tea with,” Ms. Barlas says in her spot. “If you are here, you are home.”