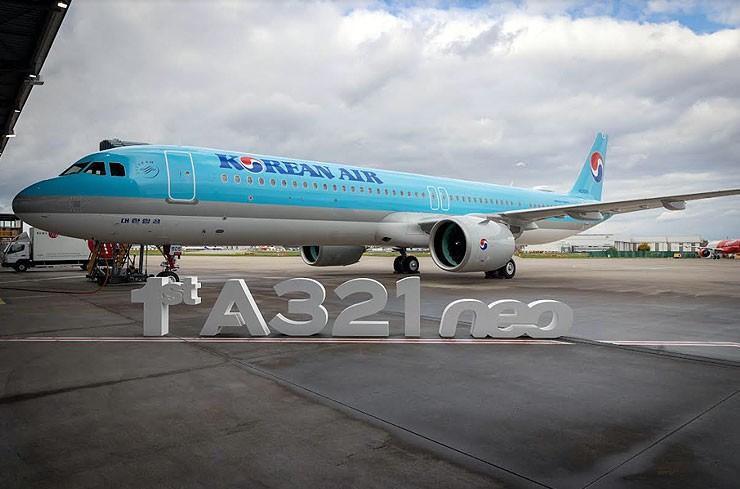 This enables Korean Air to benefit from enhanced efficiency and be able to deliver on its sustainability objectives, whilst reducing operating costs.

Korean Air becomes the first airline in Asia to take delivery of an A321neo with the complete Airspace cabin. This features new lighting and ambiance systems, larger overhead bins and full connectivity throughout, giving passengers the highest levels of in-flight comfort. The Airspace cabin also offers hygienic space and antimicrobial surfaces in all lavatories.

For its A321neo fleet, Korean Air has specified a high comfort two-class layout, with eight full-flat seats in Business Class and 174 in Economy.

KAL is Airbus’ longest standing customer from outside Europe having placed its first order in 1974. The airline’s fleet currently includes 50 Airbus aircraft, comprising the A220, A330 and A380. In the single aisle segment, the A321neo will complement the A220 fleet at the airline enabling maximum operational flexibility.