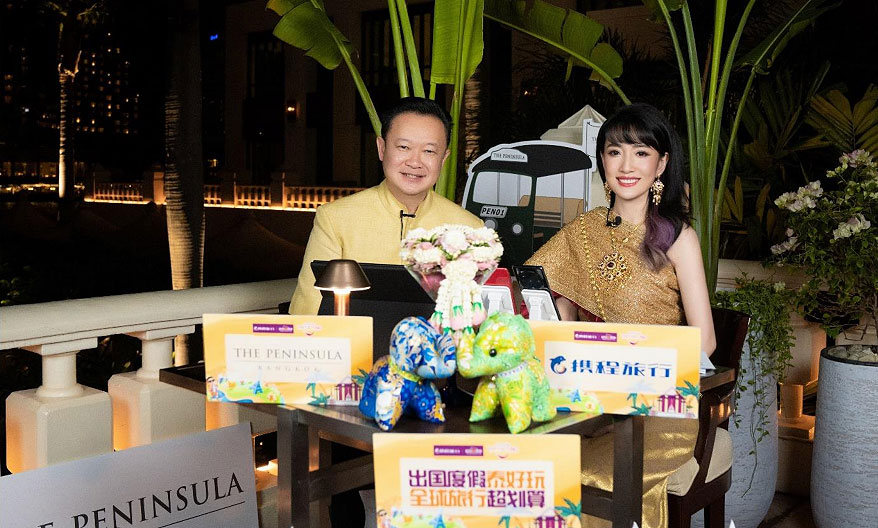 Since the announcement on 26 December 2022, Trip.com Group has subsequently seen a huge increase in searches and the volume of travel bookings.

SINGAPORE – Trip.com Group, the leading global travel service provider, has seen mainland Chinese demand for travel continue to surge in the run-up to the Lunar New Year holiday season. This comes after the decision last month by mainland China to officially abolish all quarantine restrictions for inbound visitors from 8 January.

Since the announcement on 26 December 2022, Trip.com Group has subsequently seen a huge increase in searches and the volume of travel bookings.

Flight bookings and destination search trends
On Trip.com Group’s leading Chinese language travel service platform Ctrip, between 26 December 2022 and 5 January 2023, search interest for outbound flights from mainland China increased by 83% compared to the two-week period prior, with outbound flight bookings increasing by 59% over the same period.

Lunar New Year Trends
With millions set to be on the move during the Lunar New Year holiday in China, also known as Spring Festival, which takes place from 21 – 27 January 2023 and the first major holiday following the liberalisation of border policies, outbound bookings for trips have grown significantly.

Analysis of Ctrip data shows overseas travel for the seven-day Lunar New Year holiday surged by 540% compared to last year’s Spring Festival; and the average cost of bookings was revealed to have risen by 32% year-on-year.

According to Ctrip’s data, from December 27 to January 11, Thailand stands out as a top destination for Chinese tourists during the Spring Festival holiday on the platform. During the same period, inbound travel bookings from Thailand to mainland China increased by 101% year-on-year. In addition to this, as of January 12, the number of mainland tourists traveling to Singapore for the Lunar New Year holiday increased by 499% year-on-year, Malaysia saw an increase of 584% year-on-year, with Cambodia and Indonesia each increasing by more than 10 times year-on-year.

A Welcoming Return for Chinese Tourists
With the adjustment of mainland China’s entry and exit policy, the cross-border travel market is also picking up with embassies and tourism boards across the world targeting Chinese tourists aiming to attract them back to visit their countries.

One example is The Tourism Authority of Thailand (TAT) who launched a campaign called ‘CHINA IS BACK’, to welcome the return of Chinese tourists. They expect more than 300,000 Chinese tourists to visit Thailand in the first three months of 2023 alone.

Trip.com Group’s first livestream broadcast targeting the outbound mainland Chinese audience recorded sales of more than 20,000 room nights amounting to a Gross Merchandise Value of over RMB 40 million (THB 197 million). The livestream session was supported by the Tourism Authority of Thailand (TAT), which has been collaborating closely with Trip.com Group over the years. TAT Governor, Mr Yuthasak Supasorn, joined the broadcast and interacted with viewers.