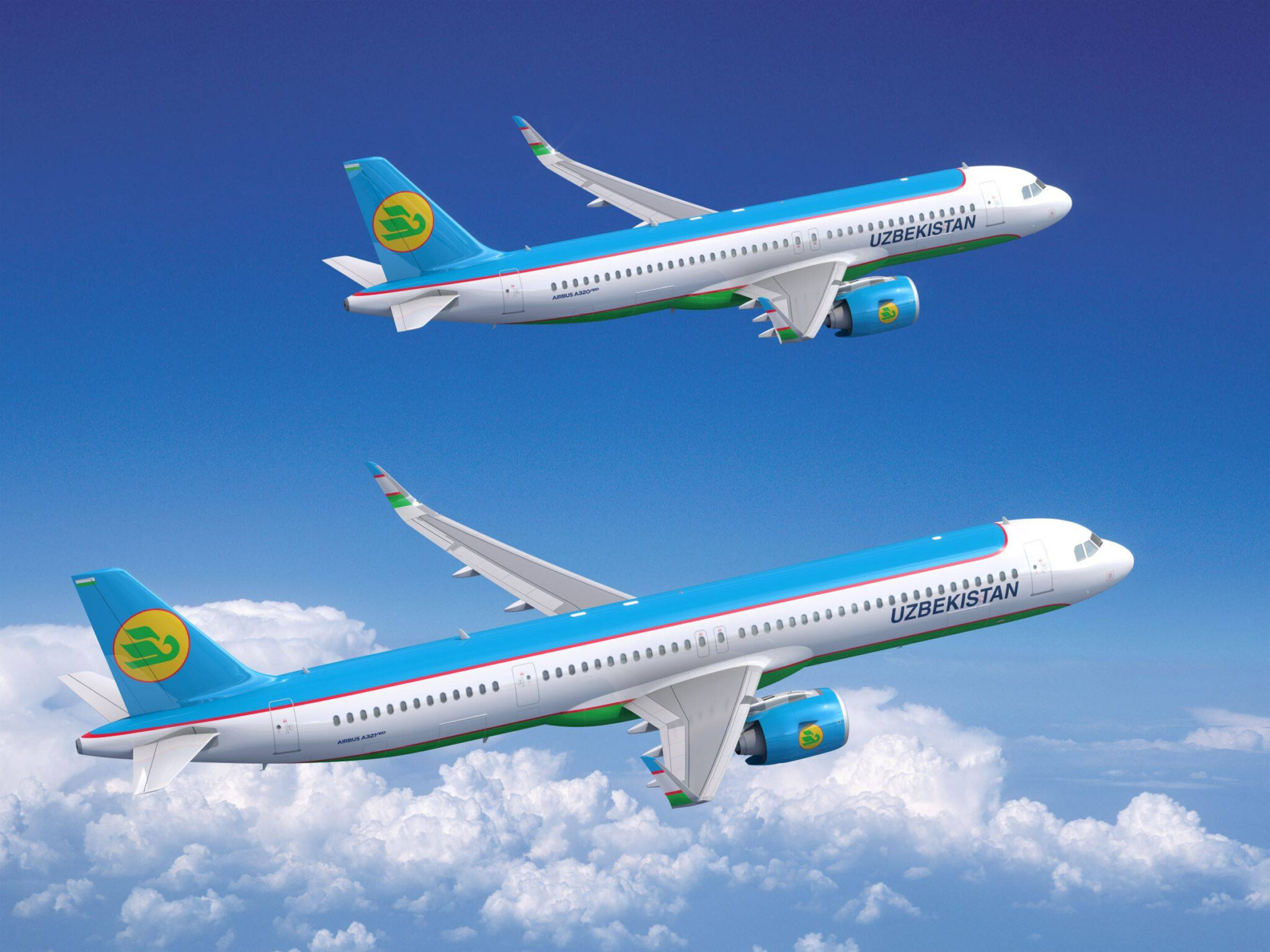 The airline is planning to operate its new aircraft to further develop its domestic and international route network.

TASHEKENT – Uzbekistan Airways, the national carrier of the Republic of Uzbekistan, has placed a firm order with Airbus for 12 A320neo Family aircraft (eight A320neo and four A321neo). The new aircraft will join the carrier’s current fleet of 17 Airbus A320 Family aircraft. The choice of the engines will be made by the airline at a later stage.

The A320neo Family aircraft will feature the new Airbus Airspace cabin, bringing premium comfort to the single aisle market. The airline is planning to operate its new aircraft to further develop its domestic and international route network.

“The contract signed with Airbus is a new step in our fleet modernization strategy aimed at offering our passengers the most modern and comfortable aircraft. At the same time these new fuel efficient A320neo Family aircraft will help us to further expand and strengthen our footprint in Central Asia as well as develop our domestic and international network”, said Ilhom Makhkamov, Chairman of the Board of Uzbekistan Airways.

“Our cooperation with Uzbekistan Airways dates back to 1993. It is an honor that the A320neo Family has now again been chosen. We see good potential for growth in the Central Asia region in the years to come. The modern and efficient A320neo will enable Uzbekistan Airways to benefit from this growth and play a leading role in this region”, said Christian Scherer, Chief Commercial Officer and Head of International at Airbus.

The A320neo Family incorporates the very latest technologies including new generation engines and Sharklets, which together deliver at least 20 percent fuel saving and CO2 emissions. With over 8,600 orders from more than 130 customers, the A320neo Family is the world’s most popular aircraft.