Initially, the route will be operated three times a week, every Monday, Wednesday, and Friday, with the option of increasing the frequency to four weekly flights during the summer season based on the demand trends and tendencies.

One of the most populous and technologically advanced cities of the world – monuments, modern architecture, shopping, beautiful panoramas, cultural events, and great food – Seoul has it all. From 27 March 2023, Prague Airport will once again offer a direct connection with Asia, provided by Korean Air. This regular service was last in operation in March 2020.

The resumption of the long-haul connection is one of the top priorities for Jiří Pos, Chairman of the Prague Airport Board of Directors: “This is an important milestone not only on the way to resuming operations and returning to the 2019 figures, but also in terms of building a network of direct routes to Asia. Korea is one of the markets with the highest demand within the Asian region,” Mr. Pos said.

“At the centre of the airline’s Central European network, Prague is a flagship destination that boasts centuries of rich history and cultural heritage. The service resumption will give us an opportunity to pick up where we left off in fostering active exchanges between the two countries.” Mr. Park Jeong Soo, Managing Vice President and Head of Passenger Network, noted.

Demand-pending Frequency Increases
Initially, the route will be operated three times a week, every Monday, Wednesday, and Friday, with the option of increasing the frequency to four weekly flights during the summer season based on the demand trends and tendencies. Passengers will fly aboard Boeing 777-300ERs aircraft with 291 seats (64 in Business Class, 227 in Economy Class). The route will ensure the currently missing capacities are significantly boosted – not only to Korea, but also, thanks to connecting flights from Seoul, to other destinations in Asia with a traditionally strong demand, for example, Thailand, Japan, Vietnam, and even Indonesia or Australia.

According to data from the Czechtourism agency and its director Jan Herget, almost 400 thousand Korean tourists visited the Czech Republic in 2019. “We firmly believe that thanks to the direct route and the gradual opening of Asian markets after the Covid-19 pandemic, there will be a recovery of tourism between Korea and the Czech Republic, and a gradual return to the 2019 numbers. While in 2019, we recorded 387 thousand arrivals of tourists from the Republic of Korea, a year later, due to the Covid-19 pandemic, only 42 thousand Koreans arrived. In 2021, the number dropped even more, to eight thousand visitors. Tourists from Asia are key for the Czech tourism industry for their high creditworthiness. The average daily spending is around four thousand crowns,” Mr. Herget added.

“The connection between Prague and Seoul is the result of the coordinated activities of all key stakeholders, for which we are very happy, because it will bring travellers from Asia, who are currently absent in the city, back to Prague. In 2019, more than 270 thousand tourists from South Korea visited the capital. Last year, we have recorded less than 40 thousand,” František Cipro, Chairman of the Prague City Tourism Board of Directors, commented.

Successful Pre-Covid Route
In 2019, the connection from Prague to Seoul was very successful. In total, over 190 thousand passengers travelled between Prague and Seoul in both directions throughout the year.

The atmosphere of the South Korean capital can best be absorbed by visiting the five royal palaces of the Joseon Dynasty in the Jongno-gu and Jung-gu districts, namely Deoksugung, Gyeongbokgung, Gyeonghuigung, Changdeokgung, and Changgyeonggung. Four historical gates can also be seen in the city, the most famous of which is the Namdaemum (South Gate) located near the market of the same name. The historical walls of the city are also of interest. 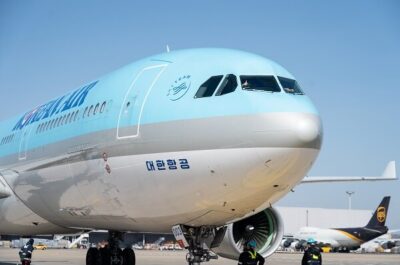