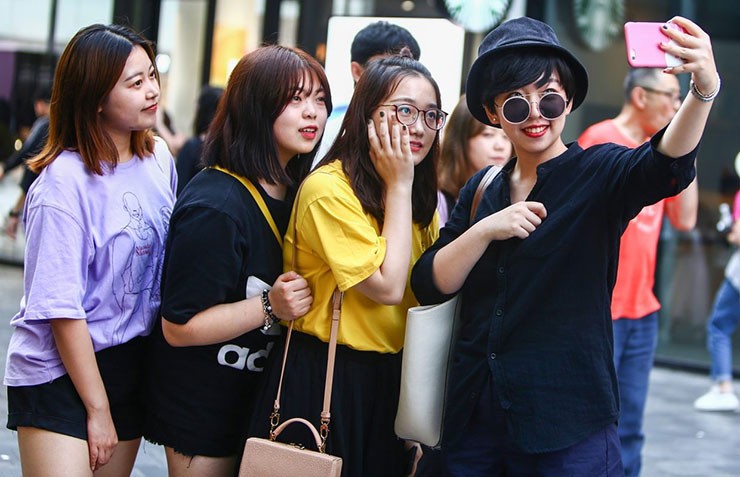 The hunt began on 23 April in Belgium and will end on 30 April, with a visit to the Grand Duchy of Luxembourg from 25 to 27 April.

With the support of the European Travel Commission and various EU countries, the Treasure Hunters - Europa project was born! This new initiative aims to promote in China the real interests of European destinations, such as their folklore, local know-how, cultural heritage and many others.

Sometimes star in their country, the modern “hunters” of Treasure Hunters - Europa have very varied profiles. They are influencers with several million followers on Chinese social networks, media stars and successful businessmen and women. Innovative, Treasure Hunters - Europa has therefore decided to build on the success of these key opinion leaders while adding a touch of modernity.

Indeed, through a clever mix between user-generated content (UGC) and professional generated content (PGC), this new project takes the form of an entertainment production and uses the influence of well-known social media personalities to naturally broadcast quality promotional content about "local treasures" which are still too little known to the general public. From short videos (for platforms like Tik Tok) to meticulously developed short films, the organisers did not want to limit themselves to "simple photos" to praise the merits of the featured destinations.

“We plan to organise 18 editions during which more than 300 European treasures will be discovered by more than 200 influential personalities, creating a platform of choice for Europe-China exchanges!”, explains Haichen Wang, founder of the project and CEO of Atlas Hiseas. “Treasure Hunters - Europa draws its strength from the union of institutions to explore the cultural, economic and touristic richness of each European destination. We decided to hold the first edition of Treasure Hunters - Europa in Belgium and the Grand Duchy of Luxembourg because the concerned national parties quickly joined forces to draw up an attractive and original programme.”

In collaboration with the Belgian federal authorities and their campaign "Belgium. Uniquely phenomenal", the Regions, the city of Antwerp, the Grand Duchy of Luxembourg and Luxembourg for Tourism, Treasure Hunters - Europa highlights more than twenty national pride through the many publications of its Chinese influencers, and this to a particularly attentive and active Asian Internet audience. In addition, the project is already sponsored by major emblems, including Neuhaus, Ice-Watch, Brussels Airport and Domaines Vinsmoselles in Luxembourg.

The hunt began on 23 April in Belgium and will end on 30 April, with a visit to the Grand Duchy of Luxembourg from 25 to 27 April.