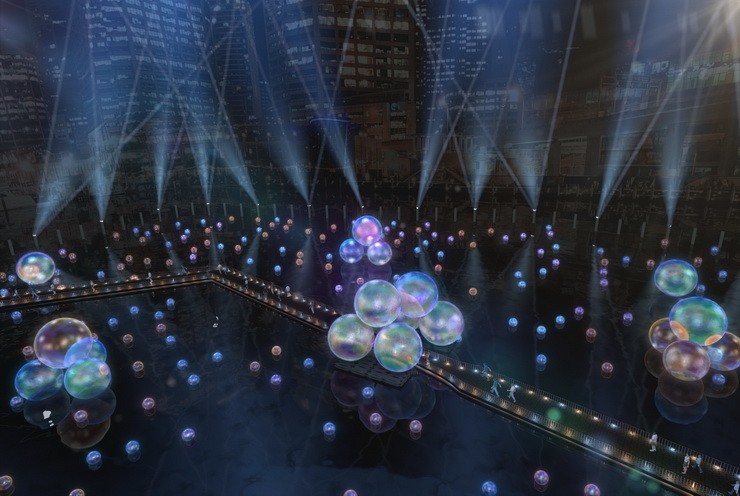 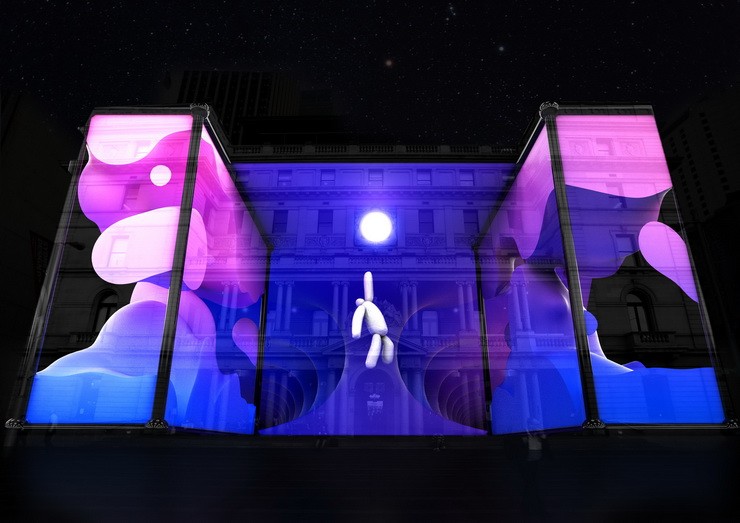 Staged over 23 nights, the 2021 festival will fuse mesmerising art displays and 3D light projections with an eclectic line-up of musical performers, thought-provoking talks and workshops from some of the world's greatest minds.

Sydney, Australia - On Friday 6 August – 100 days from today – Vivid Sydney will make its much-anticipated return to the Harbour City, transforming Sydney into a kaleidoscope of creativity, innovation and technology.

Staged over 23 nights, the 2021 festival will fuse mesmerising art displays and 3D light projections with an eclectic line-up of musical performers, thought-provoking talks and workshops from some of the world's greatest minds.

Destination NSW CEO Steve Cox said Vivid Sydney is an opportunity for people from Australia – and New Zealand – to celebrate innovation and creativity in Sydney, kicking off with the launch of two showstopping Countdown Clocks, to count down each day to the festival's Lights On moment.

"We are so excited to have Vivid Sydney come back to Sydney from August 6-28, 2021. It is the biggest festival of lights, music and ideas and this year is going to be absolutely fantastic."

"Vivid Sydney celebrates innovation and creativity transforming the city into a playground of the unexpected each winter. The festival really encourages us to think differently and open our minds to infinite possibilities, which resonates broadly."

"Sydney is undoubtedly one of the most beautiful cities in the world, providing the ultimate canvas for creatives. There is no better place to celebrate and host the largest festival of lights, music and ideas in the southern hemisphere than this amazing city."

The Countdown Clocks, a first in the 12-year history of the event, were designed by Vivid Light Curator Lucy Keeler and will be located in First Fleet Park, The Rocks and Wulugul Walk, Barangaroo. Sydney visitors can check out these Insta-worthy timepieces, capture a selfie and share on social media using #vividsydney. A virtual version will also feature on vividsydney.com counting down to 6 August.

Festival Director Gill Minervini said this year's program offers a multitude of reasons for visitors to return throughout the festival, including a number of first-time program inclusions.

"This year, Vivid Sydney will deliver fresh experiences for our festival-goers to enjoy. For the first time ever, the waters of Cockle Bay in Darling Harbour will come alive as a floating Light Walk incorporating a large-scale artwork called Ephemeral from Sydney-based design studio Atelier Sisu.

"The façade of Customs House, one of the city's most iconic heritage buildings, will be brought to life with VORAX – an epic 3D tale of a mischievous thief's rise to greatness from Hong Kong's Treacle Media. And in The Rocks, artist Brad Robson and Esem Projects provide fascinating insight into the journey of creating Brad's dynamic portraits through Point of View," Ms Minervini said.

Produced by Sydney's own Atelier Sisu design studio, Ephemeral is an immersive light and sound art-chitecture exploring the ever-changing human experience. Housed on the waters of Cockle Bay at Darling Harbour, the installation incorporates a floating walkway over 200 bubble-like spheres and larger-than-life structures that tower up to eight metres above the water. Visitors will be invited to walk underneath the bubble spheres which emanate hypnotic sea of light changing in different contrasting hues and vibrant colours, set against a reactive soundscape.

From Hong Kong's Treacle Media, VORAX is an epic 3D storytelling experience projected onto Customs House. Audiences will have the opportunity to watch the tale of a mischievous thief's rise to greatness while traversing through a plethora of mind-bending and surreal environments.

Point of View, The Rocks

A collaboration between Sydney artist Brad Robson and Esem Projects, Point of View captures Brad in the process of creating his dynamic portraits and elevates the concept of mural painting into a new and beautiful form. Audiences will be left enthralled by this beautiful reimagination of traditional art.

Vivid Sydney 2021 will activate and energise the Sydney CBD, The Rocks, Circular Quay and iconic city structures such as the Sydney Opera House, Sydney Harbour Bridge, MCA and Customs House.

The full Vivid Sydney program will be announced in late May. Go to vividsydney.com for more information. Vivid Sydney is proudly owned, managed and produced by Destination NSW, the NSW Government's tourism and major events agency.