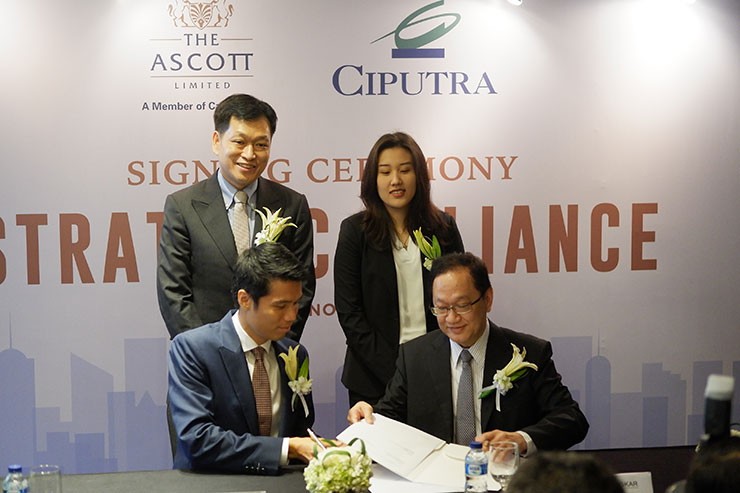 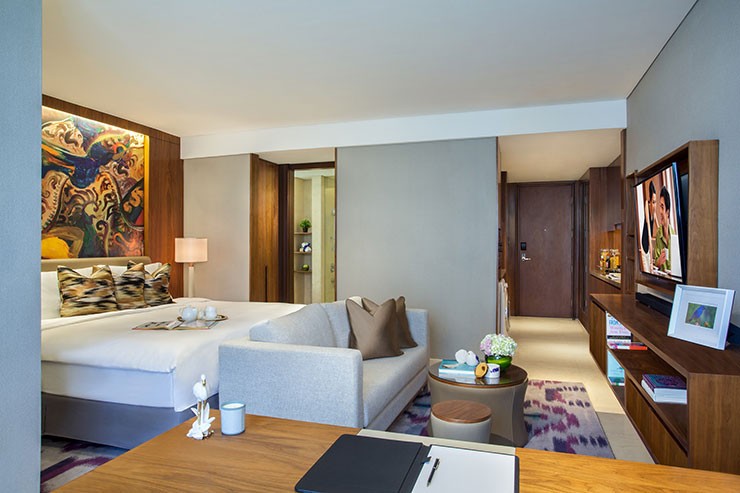 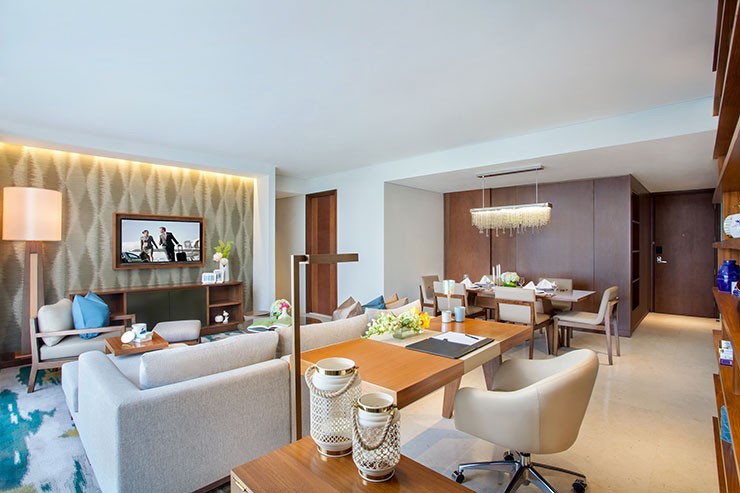 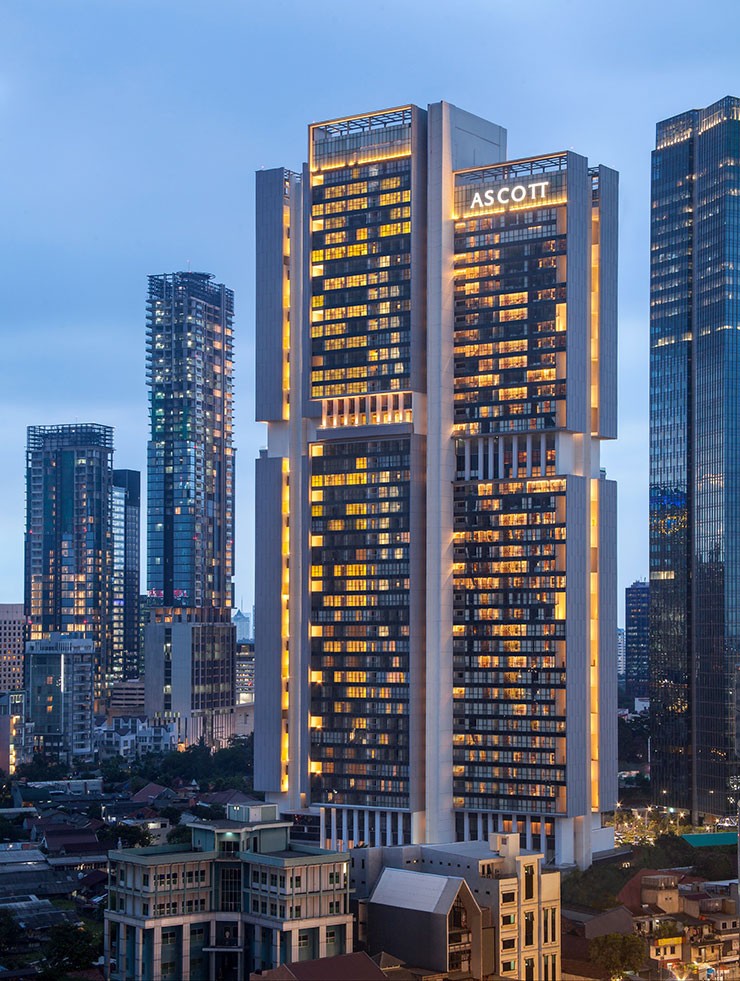 Singapore - CapitaLand’s wholly owned lodging business unit, The Ascott Limited, has formed a strategic alliance with one of Indonesia’s top property developers – Ciputra Development Group. Under the alliance, Ascott will manage serviced residences to be developed by Ciputra in Indonesia and China within the next five years. The 253-unit Citadines Sudirman Jakarta, the first property under the alliance, will open in 2021.

The alliance was inked today at the opening ceremony of Ascott Sudirman Jakarta[1], a property which Ascott acquired from Ciputra in 2017; celebrating in part Ascott’s longstanding partnership with Ciputra. Since it first partnered Ciputra in 1996 for Somerset Grand Citra Jakarta, which is jointly owned with Ascott Residence Trust; Ascott has also acquired Ascott Kuningan Jakarta from Ciputra in 2014. In addition to Citadines Sudirman Jakarta, the newly opened Ascott Sudirman Jakarta and Ascott Kuningan are all located within Ciputra World – a mixed-use multiplex development in Jakarta’s thriving Golden Triangle Central Business District.

Mr Kevin Goh, Ascott’s Chief Executive Officer, said: “Forming strategic cooperation with leading industry players continues to be a key growth strategy for Ascott, as it provides us with accelerated access to quality project pipeline. Having strong reputable partners speaks volume of the value Ascott brings, through our international network, strong brand reputation and dominant foothold in many key markets around the world. We will continue to work with our strategic partners to not only expand within their markets but also to extend their reach overseas.”

This strategic alliance with Ciputra follows Ascott’s recent partnership with TAUZIA Hotel Management (TAUZIA), one of Indonesia’s top five hotel operators. With these latest developments, Ascott achieved a record nine-fold increase in properties in Indonesia year-on-year, strengthening its position as the country’s largest lodging owner-operator. Its portfolio now stands at more than 130 serviced residences and business hotels with close to 22,000 units across 39 cities in Indonesia.

Mr Goh added: “Through our collaboration with strategic partners, Ascott has added the biggest number of properties in Indonesia in a year. With an expanded product offering, we expect to pick up pace in our growth in the country. Indonesia is Southeast Asia’s largest economy, where we see huge potential for us to expand. The country is witnessing increasing economic activities as well as infrastructure developments to improve travel connectivity, driving demand for quality accommodation. We will continue to bolster Ascott’s position as the largest international lodging player in Indonesia through investment, strategic alliances, management contracts and franchises as we work towards our global target of 160,000 units by 2023.”

Mr Ervin Yeo, Ascott’s Regional General Manager for Singapore, Malaysia and Indonesia, said: “We have just opened Ascott Sudirman Jakarta, a second serviced residence within the Ciputra World mega development due to high demand. Our existing Ascott Kuningan Jakarta in Ciputra World 1 has been performing well with consistently strong occupancies since it opened in 2014, and was recently awarded Indonesia’s ‘Leading Serviced Apartments’ at the World Travel Awards. Ascott will open nine serviced residences with more than 1,600 units in Indonesia over the next few years, including our first properties in Bandung, Somerset Asia Afrika Bandung and Citadines Kings Bandung. In addition, through our partnership with TAUZIA, our pipeline will include another 60 hotels with more than 8,700 units across Indonesia. With our scale and lodging network comprising a full suite of brands, Ascott is well positioned to meet the burgeoning demand from corporate and leisure travellers.”

Mr Artadinata Djangkar, Ciputra’s Senior Director, said: “Ciputra has enjoyed a strong partnership with Ascott for over two decades. We have properties in cities such as Jakarta, Semarang and Surabaya in Indonesia with potential to be developed into serviced residences. These properties can be managed by Ascott through its portfolio of award-winning brands. Tapping on Ascott’s global network and deep hospitality expertise, we are confident that the serviced residences will do well, and we can enjoy good returns.”

In Indonesia, Ascott offers the growing number of travellers a wide range of well-located serviced residences and business hotels across key cities such as Jakarta, Bali, Bandung and Surabaya. Demand for quality accommodation in Indonesia is booming with its rising middle-class population and its growing attractiveness as an investment and tourism destination. This is especially so in the capital city of Jakarta, an important business hub and popular destination for corporate meetings and business conferences. Indonesia saw more than 14 million overseas visitors in 2017, an increase of over two million from 2016. Business and leisure travel spending is expected to rise respectively by 7.1% and 5.4% per year to 2028.