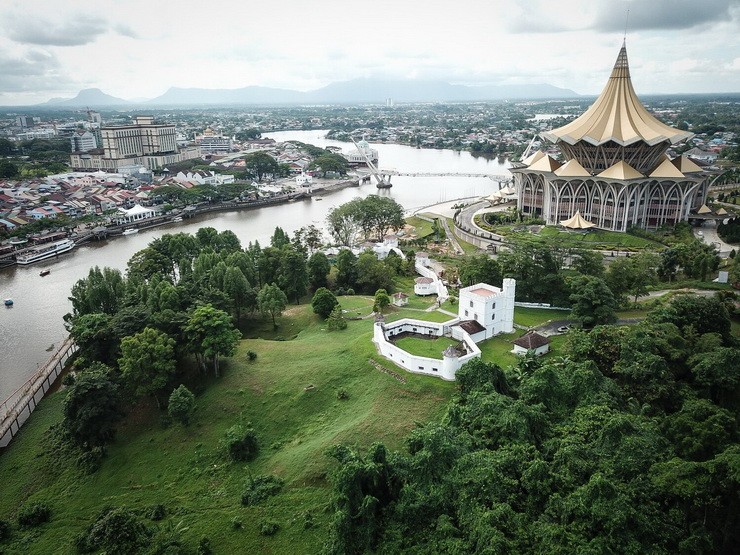 Both the Federal and State governments deserve the biggest credit for the successful rollout of the vaccination programme which culminated in the safe resumption of domestic travel.

Sepang, Malaysia - AirAsia welcomes the announcement by the Sarawak Disaster Management Committee (SDMC) to further relax travel requirements into Sarawak, allowing thousands of Sarawakians residing in the Peninsula to return to their home state.

The airline has expressed its commitment to give the best value and service for their safe passage home and looks forward to bringing in more tourists into the State.

CEO of AirAsia Malaysia, Riad Asmat said: “Tourism is one of the key engines for growth, accounting for 15% of the national GDP and almost 8% for Sarawak alone, providing jobs for over 240,000 people, that is close to 20% of the State’s employment. As the whole country moves to the next stage in the National Recovery Plan and coupled with the high vaccination rate in the State, Sarawak’s decision is very timely and we pledge our full commitment and support towards the full reopening and resumption of travel and tourism activities in the State. AirAsia applauds this decision and we look forward to continuing to work closely with SDMC and other authorities and stakeholders in Sarawak.

“Both the Federal and State governments deserve the biggest credit for the successful rollout of the vaccination programme which culminated in the safe resumption of domestic travel. In this regard, I would like to give our assurance that the highest safety standards are in place as part of our robust Covid-19 mitigation plan including by accepting only fully-vaccinated guests onboard, and making it mandatory to check-in via the airasia Super App that integrates with vaccination records on MySejahtera.”

Riad reiterates that AirAsia will continue to work closely with all relevant regulators, the federal and state governments, civil aviation and health authorities to ensure the highest standards of compliance and conformance are in place for every single flight that it operates.

AirAsia has spent the period of downtime in travel over the past one-and-a-half years to further improve and revamp its flight procedures and processes. In the highest interest of safety and wellbeing of all its guests and employees, AirAsia will accept only fully-vaccinated guests onboard its flights, and likewise ensure only fully-vaccinated employees will operate flights and be on-duty at airport terminals.

AirAsia is taking the lead by making check-in via the airasia Super App mandatory for all guests. Apart from allowing for instant health document verification through its integration with MySejahtera, this process will also allow guests to pass through the airport clearance and boarding process with an e-Boarding Pass that will significantly reduce physical interaction and paper contact, a key preventive measure in curtailing the spread of Covid-19 and other viruses.

Despite mostly not flying for a good part of the past 20 months, all AirAsia’s aircraft are properly maintained according to procedures set by the manufacturer. AirAsia has set up an in-house maintenance, repair and operations (MRO) unit called Asia Digital Engineering that is able to service not only AirAsia aircraft but also those from other airlines. Likewise, all its pilots and cabin crew are regularly sent for mandatory refresher courses and ongoing retraining so that they are always on top of their job.

“For added convenience and security, we will soon be rolling out our FACES facial recognition boarding system -- making the entire journey fully digital and paperless, thus further minimising human contact between guests and employees. This will kick-off at klia2 in November, followed by all other airports in Malaysia including Kuching, Sibu, Miri and Bintulu.

“FACES will make the boarding process even more swift and efficient and we would like to encourage everyone to enrol into FACES now with just a few simple steps on the airasia Super App.  When you’re at the airport for your next flight, just approach any service counter to have your FACES verified against your travel documents and you’re good to fly without having to worry about holding any paper documents in hand,” said Riad.