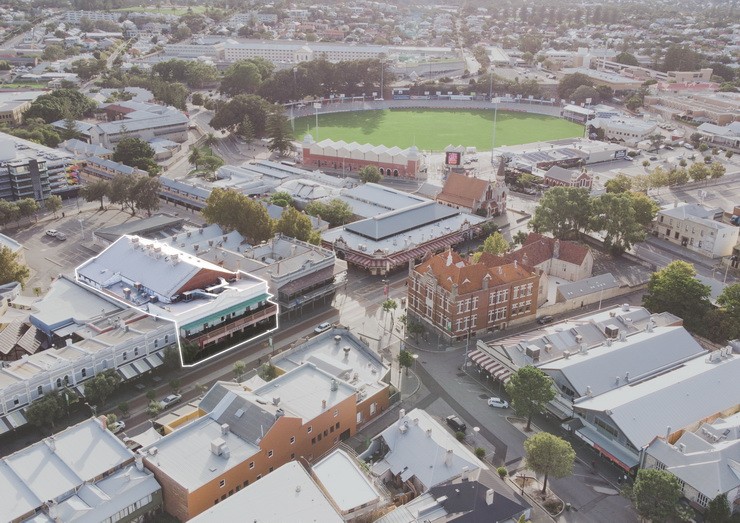 The building, situated on Fremantle’s renowned South Terrace hospitality strip, is a well-known landmark and an integral part of the Fremantle arts scene.

Perth, Australia – One of Fremantle’s most iconic buildings, Metropolis Fremantle - formerly known as King’s Theatre - has been listed for sale for the first time in 75 years.

The building, which opened in 1904 as King’s Theatre, was purchased in 1945 by Victor Gubgub, who subsequently went on to use the building as a Ford motor vehicle display centre. The property has seen several uses over its 115- year history, including a theatre, car yard, ice skating rink, concert club and the nightclub, Metropolis, since 1991.

Located at 52 – 62 South Terrace, Fremantle, the 2,111sqm venue has been developed over a 1,634sqm site and was originally built to cater for approximately 1,200 formal theatre goers. Today, the building has a capacity nightclub crowd of 1,639 persons.

The building, situated on Fremantle’s renowned South Terrace hospitality strip, is a well-known landmark and an integral part of the Fremantle arts scene. Leased by the Capitol Corp Group - operators of Perth institutions such as The Lookout, The Breakwater and Magnet House - Metropolis Fremantle has been expertly operated by the group since 2002.

CBRE’s Ryan McGinnity and Derek Barlow have been appointed to market the property for sale via an Expressions of Interest campaign.

“The fact that this landmark property has not been offered to the market in more than seven decades and is leased by an experienced and well-regarded group, will see it attract strong investment interest,” Mr McGinnity explained.

“Capitol Corp run some of Perth’s largest late-night venues and do so extremely successfully. The freehold property represents not only an opportunity to acquire an income secured by such a strong tenant, but as importantly, an iconic Fremantle property.”

Mr Barlow explained that while the long-term tenure of the tenant was appealing, the longer-term development potential of the underlying land, which offers 28m of frontage to South Terrace, would be a major drawcard.

“Located only 18km west of Perth CBD, Fremantle is the epicentre of Western Australia’s culture and arts scene - a haven for those wanting to experience the arts, museums and markets, as well as numerous food and beverage offerings,” Mr Barlow said.

Mr McGinnity added: “Fremantle is currently going through somewhat of a renaissance, with combined private and public investment forecast to exceed $1.3 billion. In 2021, Kings Square Fremantle opened, the largest public-private infrastructure project in Fremantle's history, while the current development pipeline is at its strongest level since the 1986 America’s Cup.”

The property is being offered for sale via Expressions of Interest closing 7th May 2021.