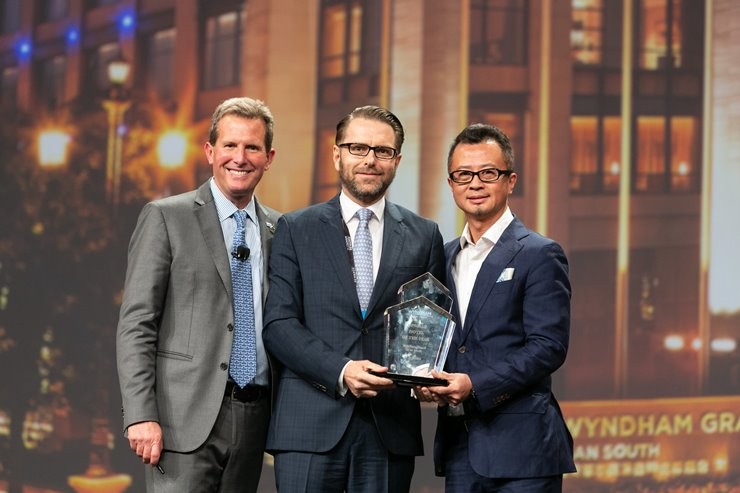 The Wyndham Grand Xi'an South is also recognized as the "Top 25 Hotels in China" winner in the 2018 TripAdvisor Travelers' Choice awards for Hotels, ranking #1 in Xi'an, China three years in a row.

XI'AN, CHINA - The Wyndham Grand Xi'an South announced it has been awarded "Global Hotel of the Year in 2017" by Wyndham Hotel Group, which recognizes the group's top performing hotel and its staff.

"Receiving this honor is a testament to the incredible work of our hotel teams in delivering top-notch hospitality day in and day out," said Frank Rudis, who served as General Manager since the hotel opening in 2014, "Winning the hearts and loyalty of guests is all about maintaining a quality hotel and cultivating a staff that's passionate about the details; we've succeeded on both fronts, and we'll continue striving to set the bar even higher for what it means to be a 'Global Hotel of the Year'."

To be eligible for the award, the hotel must deliver exceptional levels of service and world class facilities to its guests, and demonstrate strong quality scores, outstanding guest reviews and an unwavering commitment to the Wyndham Rewards loyalty program and its members.