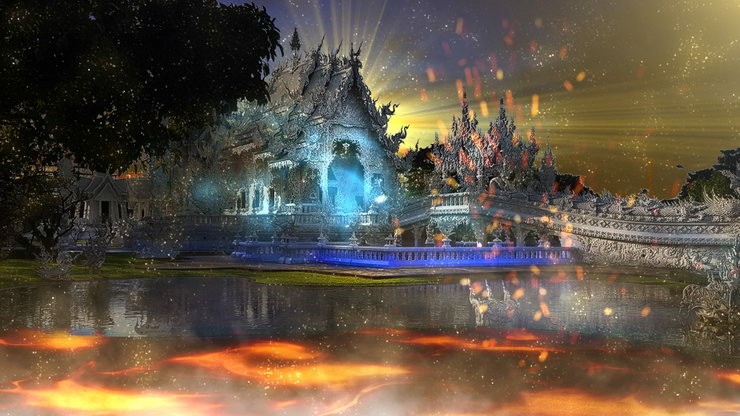 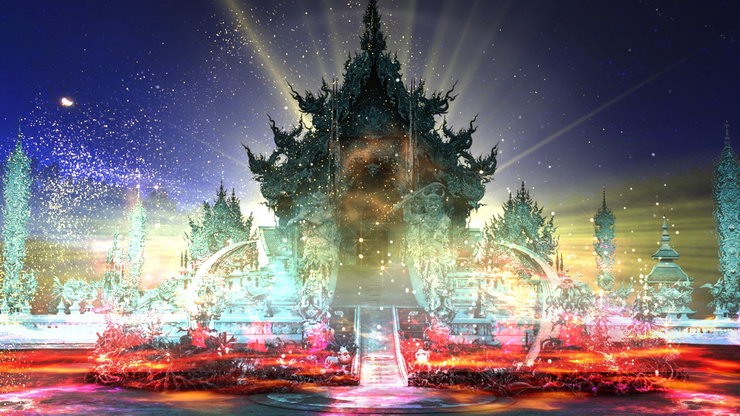 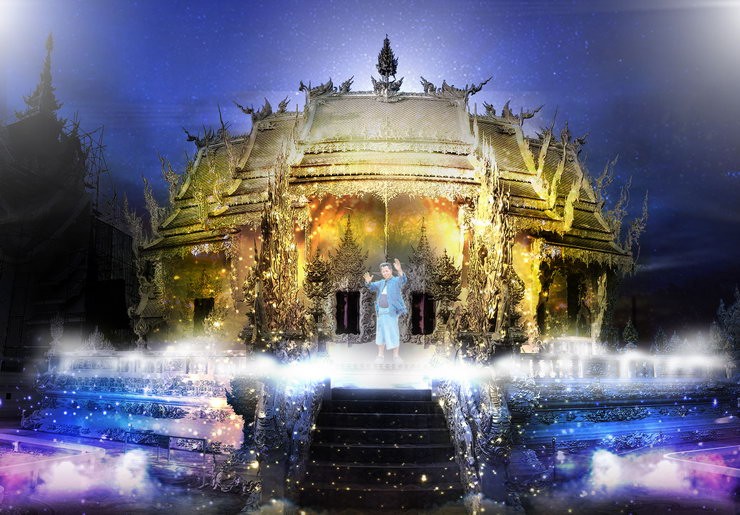 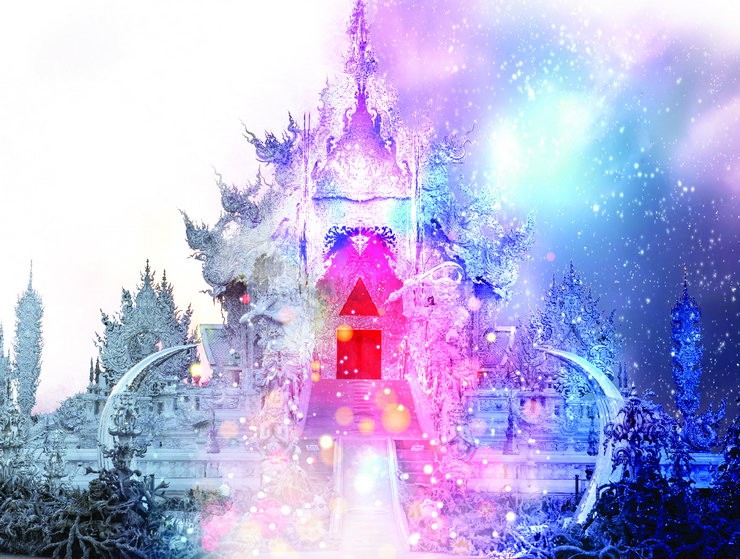 The creators hope to boost Thai tourism, ready to proudly show our capabilities to visitors from around the world.

Bangkok, Thailand --Two creators – Index Creative Village PLC. joins Ajarn Chalermchai Kositpipat – takes on a world-class event in organizing a mega project: “Wat Rong Khun Light Fest”, investing over 100 million baht to create the most ambitious world-class multimedia show, with over 100 lasers, 3D mapping techniques, as well as an immersive experience. Visitors’ every sense will be awakened under the concept of   “THE ILLUMINATION OF WHITE TEMPLE”; a new dimension of wonder of “Wat Rong Khun” at night for the first time. The creators hope to boost Thai tourism, ready to proudly show our capabilities to visitors from around the world. The show will run from 22nd November to 22nd December 2019. Part of the proceeds from the sales of tickets will be donated to Chiang Rai Prachanukroh Hospital.

Mr. Kriengkrai Kanjanapokin, founder and group chief executive of Index Creative Village PLC., the leader in all-dimensions of creative marketing in ASEAN, and 7th best creative event company in the world (as ranked by Special Event Magazine from the USA), revealed that “Wat Rong Khun Light Fest is another mega project that is important in boosting the quality of tourism and to create a positive image of Chiang Rai Province to increase the number of tourists to the area, as well as the number of activities and to lengthen the stay of visitors. It aims to draw in the younger generation of travelers, including those from China and other countries, through the hosting of a unique new event that is large scale and interesting. More importantly, it is to create build on Thailand’s positive image further to ensure that we remain a memorable destination. We think that we will be able to boost the income from tourism in the region, specifically in Chiang Rai, by over 1,500 million baht in the areas of hotels, resorts, restaurants, and public transportation." The estimated number of visitors to the event would increase the tourists to the region by 300,000 people, especially for visitors who are Chinese-speaking. As for European travelers, it is estimated that the growth with average around 40% in the 4th Trimester of 2019.

“Wat Rong Khun” is considered to be one of the most popular destinations in Thailand, and is listed as one of the top ten Thai landmarks and one of the top ten Most Beautiful Temples in the World. It is also considered a piece of Buddhist Architecture that is world-renowned for its grandeur, beauty and uniqueness, and is one of the masterpieces from the imagination of our national artist, “Ajarn Chalermchai Kositpipat”. From this inspiration grew the desire to add more colour and another new dimension that visitors would have never seen before in “Wat Rong Khun Light Fest”, the most incredible world-class multimedia show of the year: a majestic light and sound show under the concept of “THE ILLUMINATION OF WHITE TEMPLE”, created from the tips of the paintbrushes of Ajarn Chalermchai himself. Combining that with international-standard multimedia techniques that will use over 100 lasers, in conjunction with the newest innovation in 3D Mapping, displaying 3D images that are visible with the naked eye, which is considered one of the newest technologies used at global events – enhanced by a complete immersive experience of a 360 degree view and virtual reality techniques to further enrich the viewers’ experiences – truly a show that will awaken a new dimension of wonder and imagination for “Wat Rong Khun” at night for the first time.

“There will be 5 highlight locations: 1. Ubosot (the main temple hall) - be amazed and thrilled by the horrors of hell, and experience the beauty of the walk across the bridge to the heavens; 2. Wishing Well – make a wish and bring illumination into your hearts; 3. The Bell Tower – the Bodhi Tree of Enlightenment that tells the story of the Lord Buddha; 4. Crematory – come face to face with the diseases of life’s truths birth, aging, disease and death; and 5. Ganesha Tower – the final unmissable highlight show and extraordinary mapping experience, with astonishing paintings mapped onto curtains of water, alongside the amazing light and sound experience. All the components of the show – the laser production, the multimedia, mapping, water curtain, light and sound – result in an investment of over 100 million baht. We are certain that this project will truly make the event world-famous and unforgettable for the visitors,” said Mr. Kriengkrai.

Ajarn Chalermchai Kositpipat, national artist and the builder of “Wat Rong Khun” said, “This collaboration began with Index Creative Village having the same idea as myself, which was to boost the tourism in Chiang Rai Province. There are now so many tourists visiting the North of Thailand, so we wanted to create some colour and new activities and experiences for the travelers. Each year, we have over 10,000 visitors per day, which averages over 2 million people per year. “Wat Rong Khun Light Fest” would be the first phenomenon where Wat Rong Khun will be opened to visitors at night, which is normally not permitted.

“Imagine… Walking into the temple grounds to breathe in the atmosphere of Wat Rong Khun at night, immersed in the experience of a world-class multimedia show – imagine how charismatic and beautiful the temple will be. I want the people of Chiang Rai, those living in the North of Thailand, as well as all Thai people to be proud of this event, which we have created specially for the Thai people and for foreign visitors to experience, and continue to talk of it in times to come until it is the TALK OF THE WORLD. I want them to say that if they come to Thailand, they must come to Chairng Rai to see “Wat Rong Khun Light Fest” otherwise they have not really made it to Chianr Rai. If you don’t want to miss it, buy a ticket now. Most importantly, we are doing this for charity; part of the proceeds from ticet sales will be donated to Chiang Rai Prachanukroh Hospital,” said Ajarn Chalermchai.