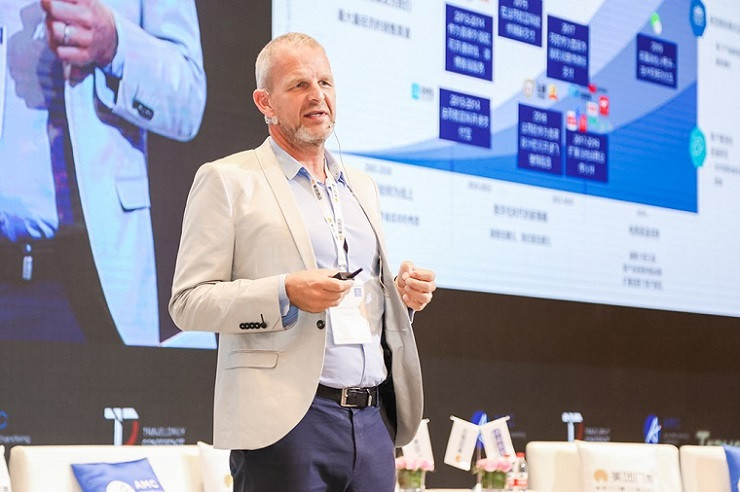 Foreign airlines are looking at capitalizing on their digital assets and minimizing the integration work when it comes to working with any established or emerging platform/ ecosystem in China. One area of focus has been standardized components for front-end web.

Airlines acknowledge the prowess of an app such as WeChat, an integral part of Chinese consumers, or established OTAs such as Ctrip, Qunar, Tongcheng eLong etc. in the travel booking funnel.

This makes a clear case for airlines to share booking confirmation, check-in notification, boarding pass, flight status updates and even transactional offerings via these 3rd party avenues, but all of this demands extra understanding at a local level.

This is because, for example as Guido van Til, VP Digital Strategy, Air France KLM pointed out, dealing with Tencent’s WeChat demands adaptation. “WeChat typically has been challenging. Tencent has created an ecosystem…we want to be present, but it also demands dealing with proprietary technology that we have to adapt to,” mentioned Guido, who was recently in Shanghai for TravelDaily’s Airline Merchandising Conference.

Another executive mentioned, “What foreign airlines are used to deliver as standard web components…we need to change technically. Plus, there are so many different frameworks to learn to be able to code for different platforms, and with players like Alipay also working on their own mini program-like offering, it is tough to cater to all of them. This demands additional investment.”

He added, “With the help our local team, we evaluate the fastest go-to-market route, introspect into frameworks (for instance, ones related to WeChat mini-program) for development tools, code structure etc.”

Again citing the example of WeChat’s mini program, the same executive mentioned that WeChat shares a bundle of fundamental components for developers to amass their mini programs by mixing different components like building blocks. “It needs to be remembered that the framework for mini program came only around 2016 and it demands travel companies to check what sort of front-end framework fits in.” Front-end development is where the interactions between users and web page occur.

In this context, for foreign airlines, it becomes imperative to work in conjunction with their dedicated teams in China as well as learn from their airlines partners. “So if on one hand it is about coming up with a digital product that is ready to be embedded on any front (via an API to support any front-end delivery), on the other they liaise with local teams, airline partners and domain-specific specialists to execute these projects,” added a source.

KLM has worked on a price alert service, available as a WeChat mini-program. Users can set an ideal price and get notification accordingly. Guido shared that for this project on WeChat’s mini-program, the team connected one API. This API is focusing on fare alerts (fare distribution service). “This is an in-house product,” he said. The local office in China helped the digital team to create a mini-program and connected with this service.

An executive explained, “APIs can be used anywhere, even in the Chinese market. But in case of airlines from Europe, since their APIs are hosted in Europe, a major consideration in such cases is – how to be a smarter to improve the performance. Generally speaking airlines started only few years ago and were 10 years behind the likes of Amazon when we talk of APIs. But airlines have come a long way since then. Airlines realize that APIs (which pave way for dissimilar software to interoperate, and lets developers to count on the software to set up new applications) key to web/mobile app, microservices and integration architectures in the digital business ecosystem.”

The executive further added, “In the beginning, it was like there is an explosion of touchpoints. So let’s create this API infrastructure so that we can maximize and create functionality once. At the same time what we observe today is that travel e-commerce companies like airlines can’t afford these touchpoints to develop continuously. So digital-savvy executives are looking at smarter ways on the front-end side to have front-end components (The front-end components enable the user’s interaction with the application.). Web technology HTML5 can help there – on the apps, on the WeChat mini-program side etc. So APIs are the basis and microservices are the next level of that. But we are also looking at more standardized components for front-end web.”

Example of standardization in Chinese context

Front-end components that enable such interactions are HTML, CSS and JavaScript. For JavaScript, developers are considering Vue.js and the WeChat mini-program framework is heavily inspired by VueJS. This is where the connection comes when one thinks of standardization and a particular ecosystem in China.

Going forward, more travel companies are looking at framework-agnostic web components as part of their digital strategy. Web components provide developers with option to decide their own HTML elements. The goal is to set components on those standards that can be used with any framework that works with HTML. The advancement in front-end web development and how the same helps foreign airlines in working seamlessly with the Chinese Internet ecosystem is worth following.