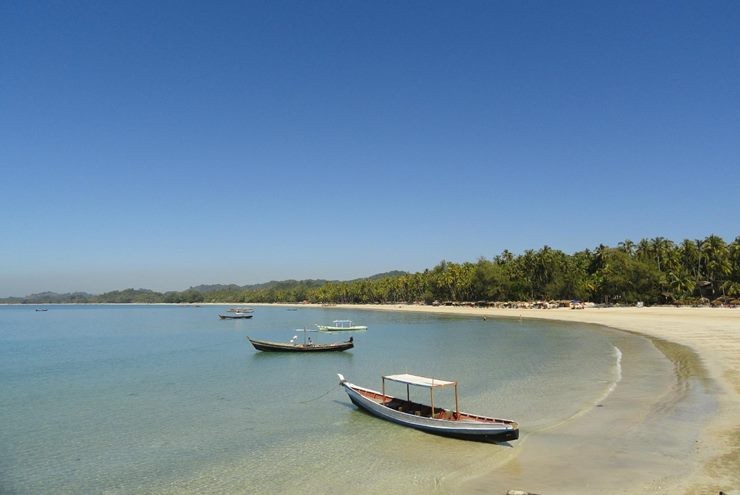 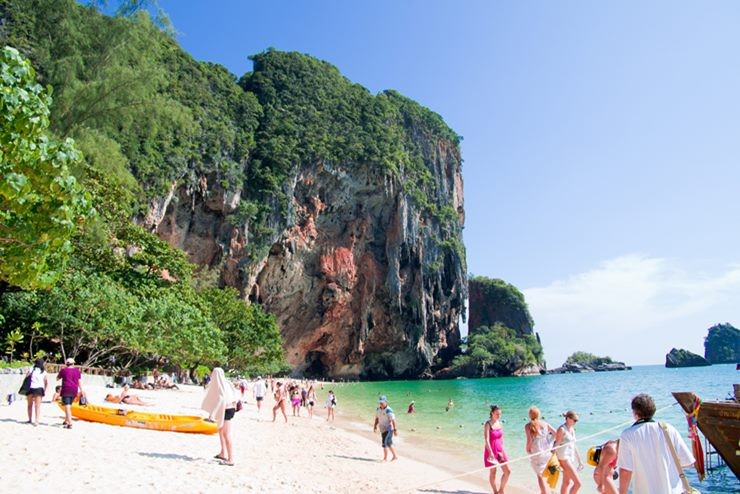 Bangkok, Thailand – TripAdvisor, the world’s largest travel site from reviews to bookings, today announced the winners of its Travellers’ Choice awards for Beaches in Asia.

This year, two Thai beaches were ranked amongst Asia’s top ten beaches, with PhraNang Cave Beach coming in at #5 and Nai Harn Beach at #7, whilst India’s Agonda Beach took the #1 spot in Asia.

“Thailand’s beaches continue to have that traveller appeal globally – this year, two Thai beaches have earned a spot each on Asia’s top 10.” said Ms Janice Lee Fang, communications director for TripAdvisor, Asia Pacific. “What’s great about these beaches is that travellers can make the most of their trips when visiting as we’ve identified top-rated hotels nearby that make for that dreamy beachfront escape.”

Top 10 Travellers’ Choice Beaches in Asia:
1. Agonda Beach – Agonda, Goa, India
Agonda Beach on the south of Goa is said to be a great escape for travellers looking some peace and quiet. “Uncrowded” and a great spot for sunbathing and relaxing, Agonda beach is three kilometres long and lined with “cosy and colourful shacks”, which can be rented for a beachfront accommodation. A breeding site for sea turtles, lucky visitors may even come across hatching baby turtles.

2. White Beach – Boracay, Panay Island, Philippines
White Beach lies on the western side of Boracay, extending five kilometres along “powdery sands and azure waters”. Travellers will find lots of water activities from parasailing, helmet diving and paddle boarding. One of the “best spot for sunsets”, the beach gets crowded every evening at five o’clock as visitors await for nature to put on a spectacular show.

3. Ngapali Beach – Ngapali, Rakhine State, Myanmar
Situated on the Bay of Bengal, Ngapali beach is one of Myanmar’s most visited beaches known for its “laid back atmosphere”, and “picture postcard” views of clear waters and a fine golden sand shoreline fringed by palm trees. The beach remains unspoilt despite increasing development and popularity among travellers. For a peek of local life, travellers can stroll down south to the fishing village where “fisherman go about their daily work of fishing, sorting and maintaining their boats and catch.”

4. Radhanagar Beach – Havelock Island, Andaman and Nicobar, India
Radhangar Beach, also known as Beach No. 7 is the “pride of the Andaman Islands” with its blue seas, white sands and lush, verdant trees on the beachside. The beach is lauded for its
cleanliness, thanks to Andaman locals who enforce strict cleanliness guidelines to ensure that the beach remains in its pristine condition. Travellers are recommended to head to nearby restaurants for fresh seafood while witnessing an unparalleled sunset view.

5. PhraNang Cave Beach – Ao Nang, Krabi Province, Thailand
Located at the southern end of the Railay peninsula, PhraNang Cave Beach is surrounded by “warm sands, emerald waters and limestone cliffs”. The beach is best accessed by a traditional long tail boat and visitors can immerse themselves in activities such as kayaking, stand up paddling and rock climbing. At the southern tip of the beach is a shrine dedicated to an ancient deity, worshipped for harvest and fertility.

6. Bentota Beach – Bentota, Southern Province, Sri Lanka
Bentota Beach is a promontory between the Bentota River and the sea and is loved for the “soft sand” and “warm water”. Reviewers say the best time to go is during the dry season between December and April as the monsoon season makes it hard to swim. Water sports enthusiasts can enjoy a range of activities such as jet skiing, banana boating and parasailing.

7. Nai Harn Beach – Rawai, Phuket, Thailand
Nai Harn beach is a “hidden paradise” tucked in between green hills and tiny islands on the south of Phuket. Away from tourist crowds, travellers can rent affordable umbrellas and mats and enjoy a lazy afternoon lounging under the sun. Street vendors are plenty on the beach offering services of all sorts from boards to play in the waves, chilled beers to massages by the beach.

8. Nacpan Beach – El Nido, Mimaropa, Philippines
North of El Nido town lies Nacpan Beach, a four kilometre strip of “powdery paradise” and clear waters. While accessible only via a 45-minutes scooter ride on undeveloped dirt road, travellers agree that it is “worth the trip” for the sunset views. Nacpan Beach is one-half of the famous El Nido’s ‘Twin Beaches’, separated by a small, palm crowned, grass-covered hill.

9. Nusa Dua Beach – Nusa Dua, Bali, Indonesia
A “beautiful southern beach peninsula in Bali”, Nusa Dua Beach is located on a long strip that runs parallel to many five star accommodations. While sections of the beach are reserved for hotel guests, it is still accessible to the public at certain areas. Adventurous travellers can look forward to plenty of water activities from “donut boat rides, flying fishes and jet skiing”.

10. Veligandu Island Beach – Veligandu, Alifu Atoll, Maldives
Covering 22 acres, Veligandu Island Beach is one of the more popular beaches in the island nation thanks to “clear waters and an amazing house reef.” Veligandu, which means ‘sandbank’ in Maldivian, is named after the glorious long sandbank at the southern end of the island. Travellers can chill at one of the many hammocks, swing chairs or loungers at this tiny, relaxed-vibe beach.