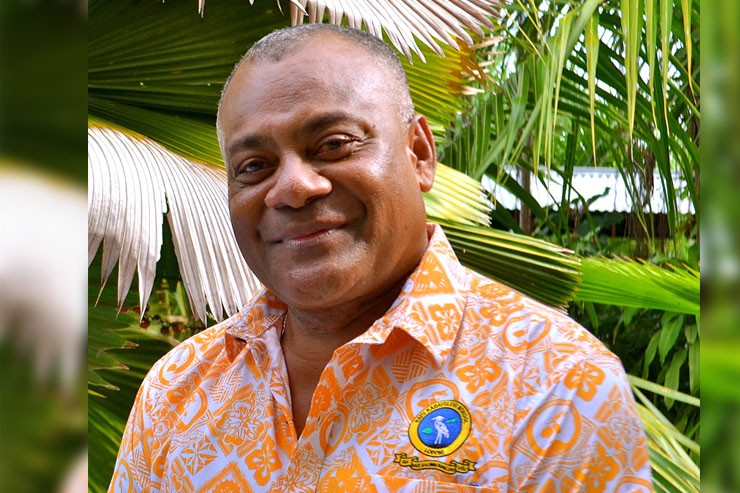 The move follows Tuamoto’s attendance at the ‘PATA Annual Summit 2019’ in Cebu, Philippines, last week where, taking part in a leadership debate, he gave an impassioned presentation on the United Nation Sustainable Development Goal 8 - ‘Sustainable economic growth and decent jobs for all’.

The presentation, delivered in conjunction with his counterpart from the Guam Visitors Bureau, received a standing ovation from the hundreds of delegates attending the event.

Following this at the organisation’s annual general meeting, Tuamoto was invited by PATA chair, Dr Chris Bottrill and the executive to join the board as a director, in the process becoming the first-ever Fijian to achieve the honour.

Describing the invitation as a “real feather in the cap” not just for the Solomon Islands but the entire Pacific region, CEO Tuamoto said he was extremely humbled by the invitation and to have so much trust placed in his hands by the leadership of the Asia-Pacific’s most highly respected travel industry organisation.

“This is indeed a prestigious honour and I would like to express my extreme gratitude for being given this amazing opportunity,” Tuamoto said.

“Being appointed to the executive board and being able to contribute further to an organisation that does so much to help develop tourism-oriented opportunity for the Solomon Islands and beyond, to the entire Pacific region is indeed a privilege.”

The invitation to join the PATA board represents yet another major career milestone for Tuamoto.

Prior to joining the then Solomon Island Visitors Bureau in 2013, he already had a strong profile on the international tourism scene.

As former CEO of Tourism Fiji, his vast overseas experience with the Fijian national tourist office included stints as Regional Director for both Australia and The Americas prior to his appointment to the dual CEO and international marketing director roles in 2008.

While with Tourism Fiji Tuamoto was the catalyst and took personal management responsibility for the international repositioning of Fiji’s international tourism profile under the highly successful ‘Fiji Me’ branding.

He replicated that success on behalf of the Solomon Islands in mid-2018 as the driving force behind the move to rebrand Tourism Solomons and the concurrent launch of the extremely well-received and highly distinctive ‘Solomons Is.’ branding.

Tuamoto’s activity on the regional tourism landscape includes the role of deputy chair for the South Pacific Tourism Organisation.

On the commercial front, his experience includes Director of Commercial Operations and a managing director role with the iconic Fiji-based Blue Lagoon Cruises.

He has also acted as a senior consultant to government bodies and major private sector organisations in several countries across the South Pacific region.