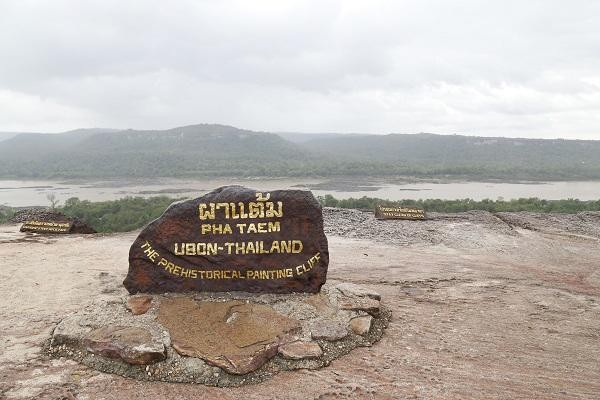 In 2017, about 5.5 million tourists visited the four provinces, representing an increase of 10 percent over the previous year. Most of the tourists, at 96.5 percent, were Thais.

Local communities in the northeastern provinces of Ubon Ratchathani, Si Sa Ket, Yasothon, and Amnat Charoen have great potential for tourism development because of their strengths in many areas. The four provinces are situated in the lower northeastern region, which shares borders with Cambodia and Lao PDR.

Directions for tourism development in this provincial cluster were acknowledged by the Cabinet during its recent meeting in Ubon Ratchathani, following a proposal by the Ministry of Tourism and Sports.

This provincial cluster boasts many natural attractions, such as the Pha Taem National Park and a large rock islet, known as Sam Phan Bok, or the Grand Canyon of Thailand. Hom Mali, or Thai jasmine rice, is one of well-known agricultural products in this region. There are also many famous historical sites and temples. Local traditions, food, and way of life are distinctive.

In 2017, about 5.5 million tourists visited the four provinces, representing an increase of 10 percent over the previous year. Most of the tourists, at 96.5 percent, were Thais. They stayed mainly in Ubon Ratchathani, followed by Si Sa Ket, Yasothon, and Amnat Charoen.

The Ministry of Tourism and Sports plans to develop Ubon Ratchathani as a Buddhist tourism center and a tourism hub linking with the Greater Mekong Subregion. Si Sa Ket will be developed as a sports tourism city, Yasothon a cultural tourism city, and Amnat Charoen a religious tourism city.

Tourism development in the four provinces will focus on upgrading the quality of tourist sites, as well as products and services. Transport infrastructure and other facilities will be further developed for easy access to local tourist attractions.

Moreover, the potential of local tourism personnel will be enhanced through training. Public participation in tourism development will be promoted, while community tourism will be given a boost, along with the facilitation of cross-border tourism.