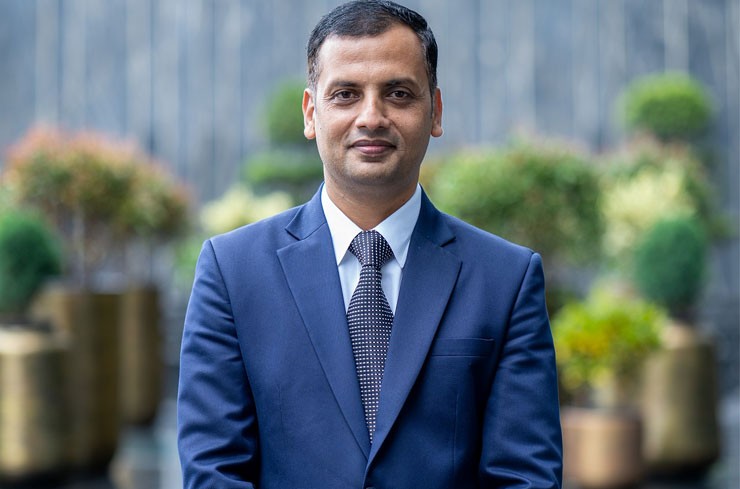 Having completed 20 years of expertise in the housekeeping department at the start of the year, Uday Thakur’s early career started at The Imperial, New Delhi as a Housekeeping Associate & Trainee.

PUNE - The Westin Pune Koregaon Park appoints Uday Thakur as their new Executive Housekeeper. Uday in his role will be seen controlling the expense areas of the five-star property that fall within the housekeeping department's area of responsibility. His tasks primarily will include coordinating between housekeeping crews to inspect assigned areas to ensure standards are met.

Having completed 20 years of expertise in the housekeeping department at the start of the year, Uday’s early career started at The Imperial, New Delhi as a Housekeeping Associate & Trainee. The following years saw him working for different hotels like Hyatt Hotels Corporation, the Emirates Palace Abu Dhabi, Kempinski Hotel, and the Grand Hyatt, as the Team Leader of Housekeeping, Senior Supervisor Housekeeping, and Asst. Manager Housekeeping, respectively.

Uday as an Executive housekeeper for The Westin Pune Koregaon Park will also be seen managing many priorities and demands while solving problems, supporting the staff, as well as performing the duties of a housekeeper when required. He will be responsible for all functions such as operations & admin for housekeeping, interviewing, hiring, orientation, performance appraisals, and dismissals in coordination with the Personnel Department to ensure appropriate staffing and productivity.

Commenting on his appointment, Uday Thakur, Executive Housekeeper, The Westin Pune Koregaon Park, said, “I am really glad to be a part of The Westin family, and I really hope to take the hotel to newer and better heights with utmost contribution from my end. I really look forward to giving my 100% to the team and I hope to not only lead the team with examples but also learn a lot more from my colleagues in the process.”

Uday is a graduate and a postgraduate with a Master’s of Business Administration from Subharti University. A few of his past colleagues speak of Uday as a very professional yet friendly person who’s calm, composed, and well experienced in the Housekeeping department. They also describe him as an employee with an eye for detail and as a result-oriented person who exceeds and strives for the highest of standards.