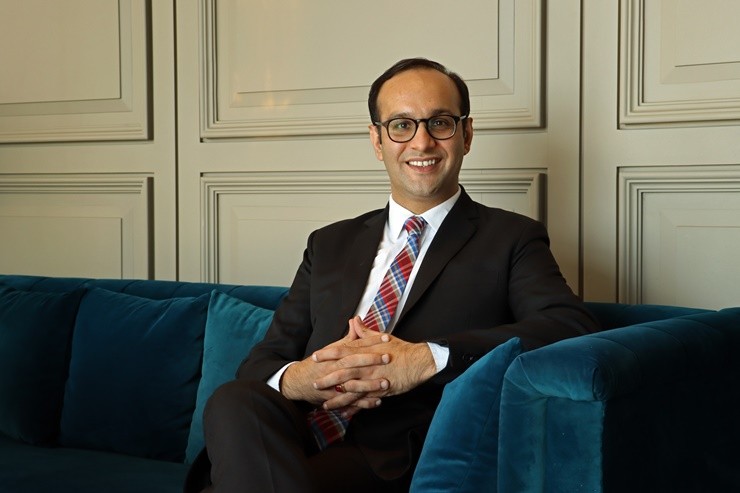 Mr. Aashish comes with a rich experience, spanning over a decade, where he excelled in hospitality, business development, strategic management and knowledge of various market segments.

PUNE - The Westin Pune announced the appointment of Mr. Aashish Kumar Arora as Director of Sales, who will be responsible for the hotel's commercial growth, brand reputation, and devising initiatives to boost the hotel's positioning.

A dynamic team leader, Mr. Aashish, in his current role, will be focusing not only on the business recovery of the hotel post the pandemic, but would also work towards the reinforcement of the brand and its core ethos. He will also be working to create a new and sustainable business stream for the hotel.

Mr. Aashish comes with a rich experience, spanning over a decade, where he excelled in hospitality, business development, strategic management and knowledge of various market segments. Proud to have grown within the Marriott Group, from being a team member to managing a team, he has his foundations firmly rooted.

In each of his prior responsibilities, he has made significant contributions to the brand that have resulted in him achieving senior positions at the company, which he well deserves. Throughout, he has been a dynamic, result-oriented, loyal and seasoned professional to his organisation.

Mr. Aashish also has extensive expertise in sales in the hospitality industry. He commenced his hotel career with IHHR Hospitality as a Sales Executive in 2011, and has since moved on to work with Hyatt Hotels, Starwood, and now The Marriott, in the Unit and National Sales verticals. Prior to this, he worked in Sales for CitiFinancial Home Loans, and after a year, he moved on to pursue his post-graduate studies in the United Kingdom.

In addition, his drive to over achieve targets and sincere dedication to his role, has earned him an internal recognition within his current organization as “Leader in the Making 2019”,  awarded during his tenure in The National Sales at Marriott National Sales Organization. Mr. Aashish will thus lead the dynamic team of Proactive sales to continue the legacy of being the preferred destination, with the Upcoming New Banquet venues at The Westin Pune.

Hailing from the IT Hub of Maharashtra, Pune, Mr. Aashish Kumar Arora,  secured his Masters in Business Administration (MBA), from Heriot-Watt University, UK and started his professional career a decade ago. He loves spending time with his family & friends, reading, and streaming new series on OTT platforms while he is not working.

At Westin, Mr. Aashish will work closely with the leadership team of the hotel to positively impact the overall hotel goals and guest satisfaction. His focus will be to position the hotel as a market leader in the luxury lifestyle segment keeping in mind the evolving market conditions.

Commenting on his appointment, Mr. Aashish Kumar Arora, Director of Sales at The Westin, Pune said, “I am delighted and honoured to be presented the position of Director of Sales at The Westin Pune. Our hotel is scheduled to provide a unique & exciting concept replete with specifically tailored experiences against the backdrop of spectacular vistas and pristine landscape, making it one of the most anticipated premium leisure, wellness, and wedding destinations in Pune. I look forward to driving the Sales team in achieving organizational goals and expanding the firm revenues”.