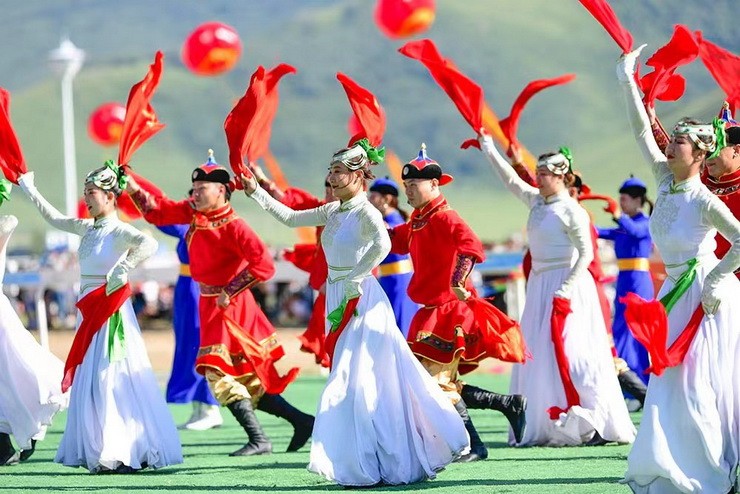 The event is held in the northeastern part of Inner Mongolia, at the southern foot of the Daxing'an Mountains.

At the opening ceremony, 22 Ulan Muqir troupes put on performances one by one in the sequence of their establishment years and offered a cultural feast for the audience. The repertoire covered a variety of wonderful performances including the song "Ride on Galloping Horse to Guard our Frontier", Holboo "Red Melody", and situational dance "Always Be the Red Artist Calvary on the Grassland", etc., which brought great enjoyment to the audience as the atmosphere reached its climax. A total of 170,000 farmers and herdsmen participated in this event.

The event is held in the northeastern part of Inner Mongolia, at the southern foot of the Daxing'an Mountains, and in the centre of the four grasslands of Horqin, Hulunbuir, Xilingol, Mongolia. This venue boasts the spectacular Ulan Maodu Grassland which covers an area of more than 8,000 square kilometres and has rich tourism resources.