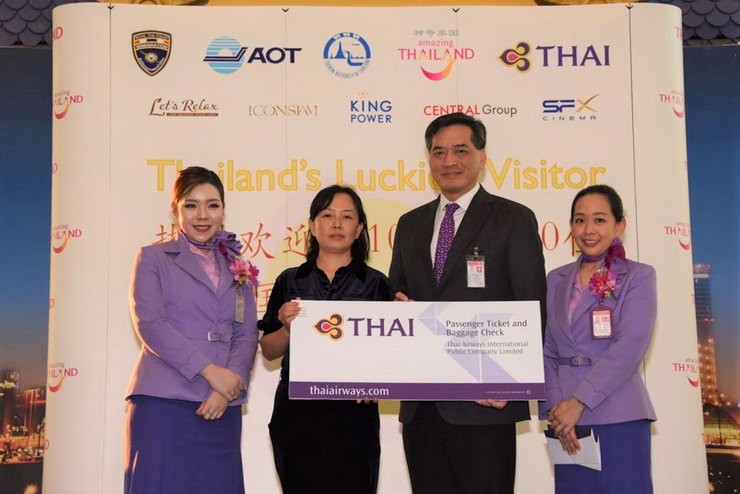 Thai Airways International Public Company Limited (THAI), transported the 10 millionth passenger to travel from the People’s Republic of China to Thailand in 2018. Mr. Suvadhana Sibunruang (third from left), THAI Vice President, Aviation Services Support, welcomed Ms. He  Weixin (second from left),  Thailand’s Luckiest Visitor - the 10 millionth Chinese Visitor to Thailand in 2018, who travelled on board flight TG613 on 19 December 2018 from Kunming to Bangkok.

THAI awarded the lucky passenger with two roundtrip economy class tickets from Bangkok to one of the following destinations: Chiang Mai, Phuket, or Krabi, in collaboration with the Tourism Authority of Thailand’s (TAT) Thanks a Million campaign.  Mr. Weerasak Kowsurat, Minister of Tourism and Sports, presided over the event, with representatives from the Embassy of the People’s Republic of China in Thailand, TAT Governor, as well as those from the public and private sectors and state enterprises.