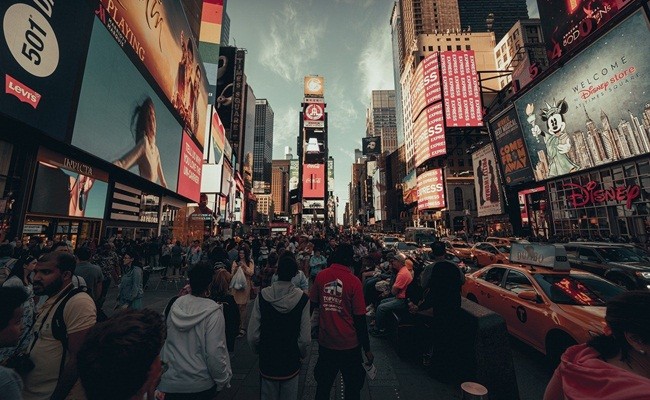 Without further ado, here are 10 cities you absolutely must visit in 2022.

2022 is a great time to start visiting some of the world’s most iconic cities. With the global situation returning somewhat to normal and travel opening up once again, it’s time to start re-examining your itinerary and making plans for your city bucket list. We’re big fans of urban environments here; while the countryside is certainly a beautiful place to be, there’s nowhere quite like a city for absorbing a country’s core culture and ideals. Without further ado, here are 10 cities you absolutely must visit in 2022.

1. New York City, USA
There’s a good reason New York City has the reputation it does. According to research by Betway casino, New York City is the most star-studded city in the world, producing a staggering number of celebrities across all different disciplines. This is just one of the many reasons to visit this beautiful metropolis, which boasts attractions like the Brooklyn Bridge, Central Park, and many off-the-beaten-track mom-and-pop establishments you can visit if you want a flavour of real local American culture.

2. London, UK
London is so much more than its hackneyed portrayal as a city of smoke and coal. Nowadays, this ultra-modern city houses many art galleries, museums, and incredible restaurants. You’ll also find regular musicals and plays being performed on the West End, as well as plenty of winding back alleys and streets to explore if you’re the flaneur type. Other UK cities, like Birmingham, Manchester, and York, are also well worth the diversion if you find yourself in the land of Shakespeare.

3. Tokyo, Japan
As Japan’s capital city, Tokyo is absolutely rammed with things to do. The beautiful neon-drenched district of Kabukicho was the inspiration for the dense setting of the Yakuza video games, and when you visit, you’ll see why; it’s a true sensory overload. Of course, Tokyo also has its fair share of incredible natural beauty; sites such as the Meiji Shrine and the Todoroki Valley provide more than enough for those who would rather spend a little time with nature.

4. Seoul, South Korea
The best word to describe Seoul, if one were to try and do so in a single word, would be “alive”. Seoul positively bustles with a multi-cultural throng of partygoers, workers, and street vendors. It’s a densely-packed, tightly-woven cityscape with plenty to see. Perhaps the biggest attraction when it comes to Seoul is its incredible food; Koreans are well-known for their cuisine, and if you visit Seoul, you’ll get to try authentic bibimbap, dupbap, and kimchi, among other dishes.

5. Oslo, Norway
For a look at how European history can permeate a modern city, look no further than the picturesque town of Oslo. Here, the quirky architecture and thriving harbour sit alongside modern museums and restaurants, giving you an authentic experience of Scandinavian life. If you decide to visit Oslo, then you absolutely must look into the Viking Ship Museum, which shows off some of the longboats and other vessels these misunderstood people once sailed.

6.Naples, Italy
Venice, Milan, and Rome often get the most tourist eyes on them when it comes to Italian cities, but you’re missing out if you don’t add Naples to your destination list. Italy is rightly known as one of the essential places to go in Europe if you want a gourmet food experience, but Naples - which gave birth to the term “Neapolitan” - is an unsung gem of the cuisine world. From pizza to pasta and gelato to mozzarella, if you’re a foodie, then Naples is a must-see.

7. Marrakesh, Morocco
If you’re after architectural beauty, then Marrakesh simply cannot be exceeded or even matched. Its gorgeous medina still thrives with activity; you’ll find plenty of merchants selling everything from fabrics to food, so make sure to get lost amongst its winding corridors if you visit Marrakesh. Elsewhere, you’ll find elaborate and beautifully-constructed mosques alongside contemporary museums displaying the best of Moroccan and African art and culture.

8. Kigali, Rwanda
Don’t sleep on Rwanda. This much-misunderstood nation now boasts some of the most beautiful sights Africa has to offer, including the city of Kigali, which has a reputation as an extremely clean and efficient metropolis (and rightly so). Of course, the cultural attraction that dominates Kigali is the Genocide Memorial, which is an essential visit if you want to educate yourself about one of the most horrific events in history. It’s not all sombre, though; there’s also a thriving craft market and a bevy of excellent restaurants.

9. Santiago, Chile
The constant presence of the mountains against Santiago’s skyline provides an excellent metaphor for the coexistence of humanity with nature. We can build our cities as large as we like, but the mountains will always loom larger. You’ll never get tired of the red cliffs looming over the city, but there’s lots to see and do in the streets, too; visit Forest Park for some incredible architecture, and make sure to head to the Museum of Memory and Human Rights for a lesson in humility.

10. Cusco, Peru
You can think of Cusco as the York to Lima’s London; it emphasises Peru’s history and culture over its modernised elements. The uneven streets and off-centre houses of Cusco’s streets tell its rich, storied history; it was once the capital city of the Incan empire, and looking at it now, it’s easy to see why. Of course, you’ll also find plenty of places to get some incredible local food, but you’ll be visiting Cusco primarily for the views, which are truly extraordinary.