ONDA secures about 10 mil USD in Series B funding, doubling its valuation 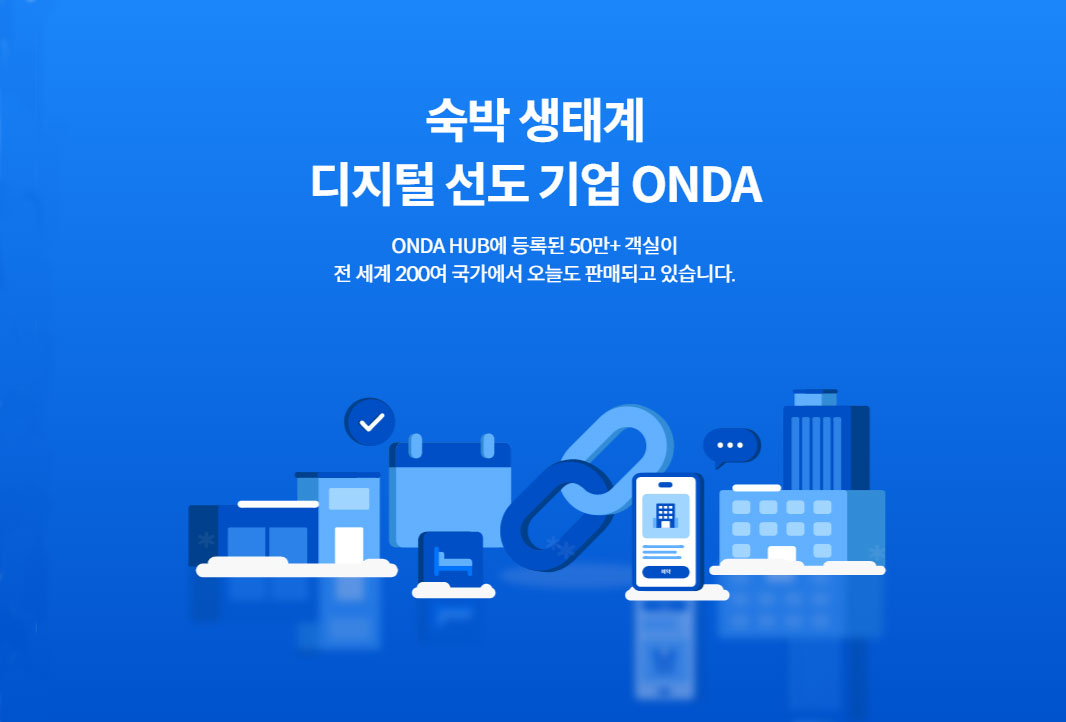 Secured about 10 mil USD from a consortium led by TS Investment, NAU IB Capital, and Industrial Bank of Korea. Bold investments into the digital transformation of domestic hotel market and to the launch of its new PMS.

SEOUL, SOUTH KOREA – ONDA, South Korea’s Hospitality Tech company, closed its Series B funding round. Despite the current funding winter for startups, ONDA doubled its valuation from its Pre-Series B round, and received high evaluation for its growth and profitability.

On 19th, ONDA announced that it raised about 10 mil USD(12 bil KRW) in Series B funding from a consortium backed by TS Investment, NAU IB Capital, Industrial Bank of Korea, Square Ventures, K Bridge Ventures, and Breeze Investment. This brings ONDA’s total investments up to 25.5 mil USD(31.5 bil KRW). NAU IB followed up its participation in the Pre-Series B round onto the current Series B round.

Established in 2016, ONDA is a premier B2B SaaS(Software as a Service) company in the hospitality sector.

By this quarter, ONDA will be launching “DIVE” – a hotel PMS that it has been preparing for the past two years. From its field testing, DIVE has been evaluated as an easy, intuitive system that would increase efficiency as compared to the current cumbersome hotel PMS offerings.

ONDA has just launched “DIVE” – a hotel PMS it has been preparing for the past two years. And already great reports are coming in from local clients and partners.

For example, a local premier resort hotel belonging to a global top hotel brand, successfully switched from its older PMS to ONDA’s new DIVE. The hotel found DIVE to be an easy, intuitive system that significantly increased its efficiency in operations.

With this Series B funding, ONDA plans to accelerate its efforts on the digital transformation of the domestic hospitality industry, and develop a system to attract inbound travel.

ONDA is gearing up for its overseas expansion. Hyun-seok Oh, CEO of ONDA, is directly leading a global business project group for ONDA’s launch into the South-East Asian hotel market. ONDA plans to provide a variety of solutions to assist outbound Korean tourists finding local hotels, in turn, creating a win-win solution for both local hotels and Korean travelers.

TS Investment which led this current funding round said, “We confirmed on the ground that the domestic tourism industry was rebounding, and above all, made our decision to invest in ONDA based on the capability of its CEO and team. We believe in their capacity and drive for growth.”

Hyun-seok Oh added, “We’re grateful for the continued recognition of ONDA’s potential by our investors. We plan to support the growth of Korea’s tourism industry in this post-covid stage, both domestically and abroad.”

Malaysia positions itself as a sustainable destination at FITUR