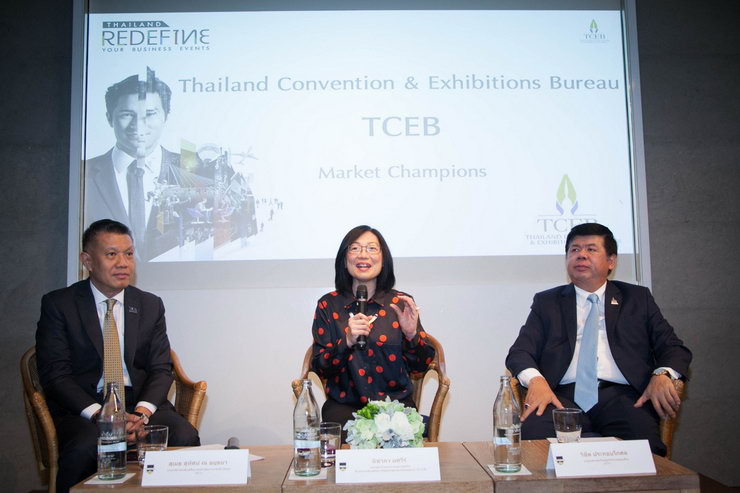 Mrs. Nichapa Yoswee, TCEB’s Senior Vice President – Business, said: "The M&I Redefine – M&I Market Champion initiative reinforces TCEB’s new role as a partner under the new branding “Thailand Redefine Your Business Events”. It marks the first time we have targeted meetings and incentives strategy in partnership with TICA and ATTA in finding solutions to better and deeper understanding of the markets.

"This dynamic new synergy is key for TCEB to designing marketing directions, strategies and campaigns for Thailand to attract more M&I groups from key source markets from all corners of the world," she added.

Towards this end, each party will designate their representative or personnel to be champion of a specific market or champion of individual market segments. For TICA and ATTA market champions, their roles will include advisory position to the TCEB’s M&I Department, including to overseas representatives of the TCEB’s M&I Team. Together, they provide a sounding board on strategic direction, marketing plan, ideas, and initiatives from M&I team whilst sharing market movements, key trends, and hot issues. Their expanded role will also be to provide suggestions and recommendations in response to the M&I marketplace's rapidly changing dynamism.

The overall team breakdown includes a total of 17 market champions as follows:

Five TCEB market champions: one for Europe, China, Taiwan and Hong Kong; one for Latin America, South Africa, North America, Oceania, Russia & CIS, plus Japan & Korea; one for India and CLMV (Cambodia, Laos, Myanmar and Vietnam), one for ASEAN and one for area-based segment, luxury segment and sustainability practice of M&I groups.

Nine TICA market champions: one for Europe; one for India, Latin America and South Africa; one for North America (USA and Canada); one for Oceania; one for ASEAN; one for Japan and Korea; one for area-based; one for luxury; and one for sustainability.

Three ATTA market champions: one for China; one for Russia and CIS; and one for Taiwan and Hong Kong.