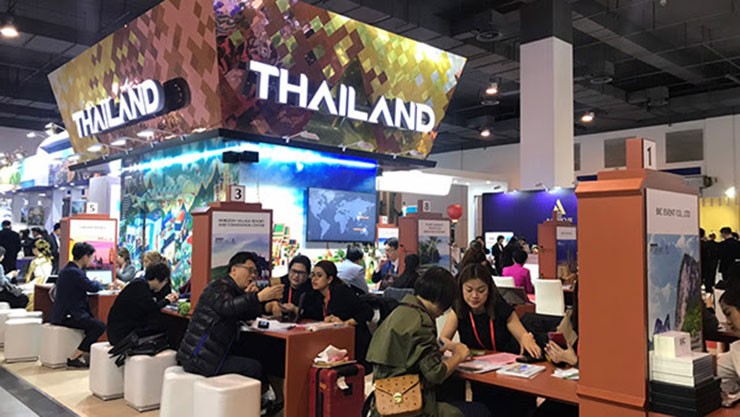 The Golden Pig Award includes incentives up to THB 200,000 exclusively for meeting and incentive (MI) groups originating from Mainland China with at least 1,000 delegates.

The Golden Pig Award includes incentives up to THB 200,000 exclusively for meeting and incentive (MI) groups originating from Mainland China with at least 1,000 delegates. They must also have a minimum stay of three nights at Thai Hotel Association member hotels with applications accepted until 31 July 2019 for events to be held between 1 April and 30 September.

Mrs. Nichapa Yoswee, TCEB's Senior Vice President - Business, said: "Since Chinese MI travellers make up the largest portion of MICE arrivals to Thailand, TCEB has designed a campaign exclusively for the mainland Chinese market, 'Golden Pig Reward', to celebrate 2019 being the 'Year of the Golden Pig'."

For exhibitions, Chinese delegates attending international trade fairs in Thailand rose by 42.95% to 46,076 in 2018 from 32,231 in 2017. To maintain the growth momentum, TCEB has developed support scheme to entice Chinese organizers, exhibitors and trade visitors under an innovative "360 Degree Exhibition Success" campaign which is composed of three schemes.

The first scheme is a "Bidding Fund" to support collaboration between Thai and overseas organisers to bring new events to Thailand. An important part of bidding fund is the Site Inspection Program for international organisers who have an interest in Thailand. They can apply for this program and TCEB will arrange meetings with government agencies and trade associations in Thailand, familiarising international organisers with the very industries with which their audiences hope to connect.

The second is an "Exhibiz in Market" campaign for overseas trade and business entities to bring exhibitors from their country and set up national pavilions at international trade shows in Thailand. They are eligible for financial support from TCEB.

The third and final component is the "ASEAN+6 Privilege" campaign. It targets Business Mission Organisers (BMO) including Chambers of Commerce, federations, trade associations, industrial publications and non-profit organizations seeking to enhance their member's business opportunities through trade shows. Members of these organisations will connect with the enterprises that enable their success in this lucrative segment by engaging in quality business meetings at Thailand's trade shows with the aid of TCEB subsidies and accommodation.

To qualify delegations must have at least 10 persons hailing from the ASEAN+6 countries of Brunei, Cambodia, Indonesia, Laos, Malaysia, Myanmar, Singapore, Philippines, Vietnam, China, Hong Kong, Macau, Taiwan, Japan, Korea, India, Australia and New Zealand. They must also commit to three meetings per person, or a total of thirty meetings across the group.