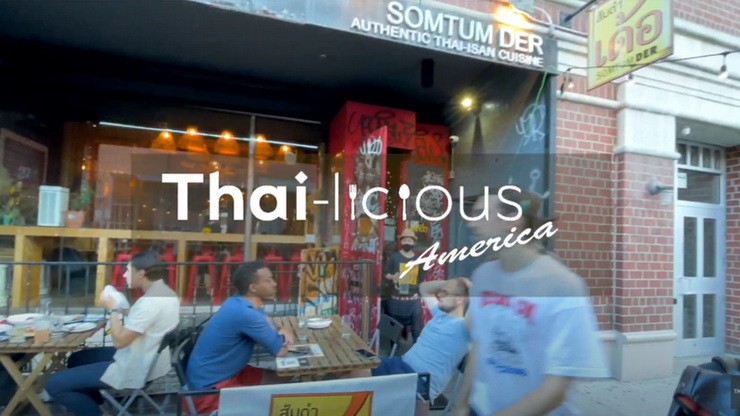 Filmed at Thai restaurants in the USA, the series promotes Thailand through signature regional dishes.

TAT New York Director, Mr. Santi Sawangcharoen, said, “As Thailand continues the journey to a full reopening to US travellers, the TAT New York team felt compelled to think creatively about how to share our homeland’s unique gastronomy.

“Throughout history, iconic Thai dishes have routinely been lauded as some of the best in the world. Now, it’s an honour to celebrate our cultural reverence for regional flavours and traditional recipes in a new engaging way.”

Thailicious America can be viewed on the Thailand Insider YouTube channel. The series is centred around regional Thai dishes that are available at renowned Thai restaurants in the USA. Filming so far has been at some of the top Thai restaurants in New York City, and other cities are planned to feature in future series.

Each episode of Thailicious America showcases a signature regional dish from the Northeastern (Isan), Northern, Southern, and Central Regions of Thailand. While promoting Thai destinations through the world-favourite Thai cuisine, the series is also providing valuable awareness and support for Thai restaurants in the USA during this difficult time.

Aired on 1 August, 2021, the first episode of Thailicious America was filmed at SomTum Der New York, and features ‘Kaeng Om Kai’ – an Isan-style chicken soup made with local herbs.

The second episode, scheduled to air on 15 August, 2021, was filmed at Fish Cheeks and featuring ‘Kaeng Pu’ – a Southern Thai coconut crab curry.