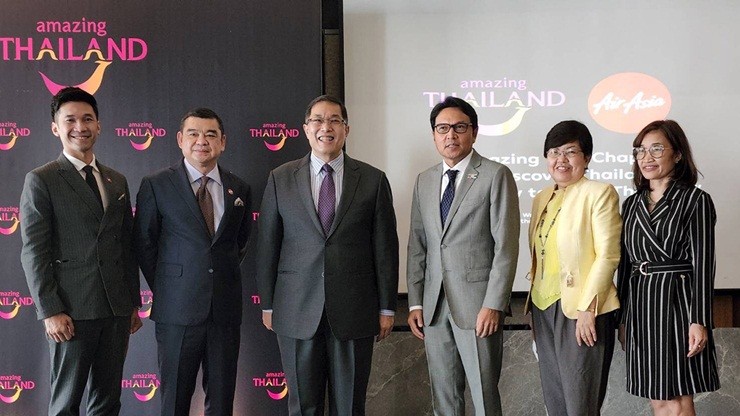 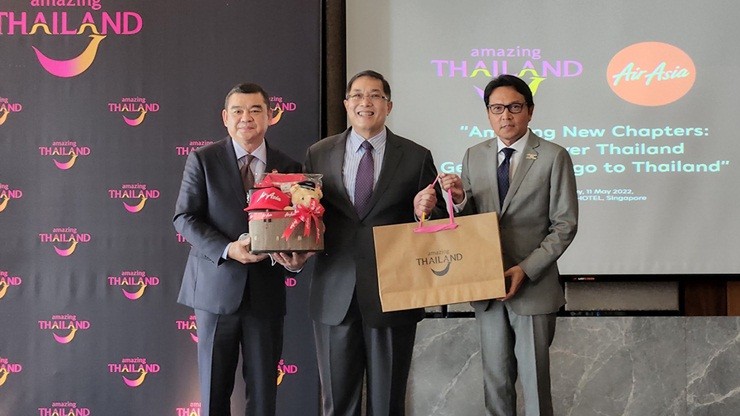 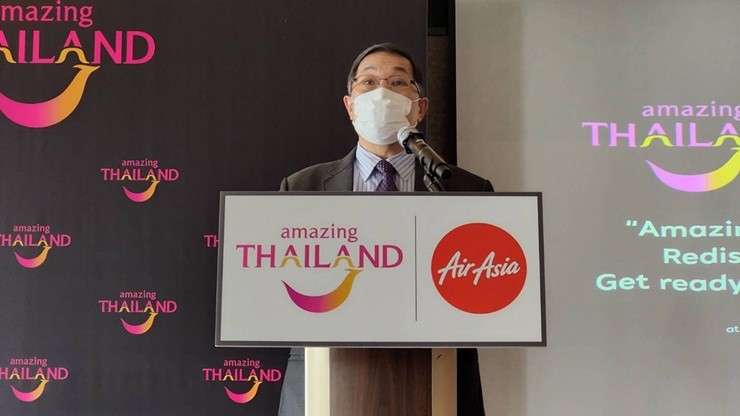 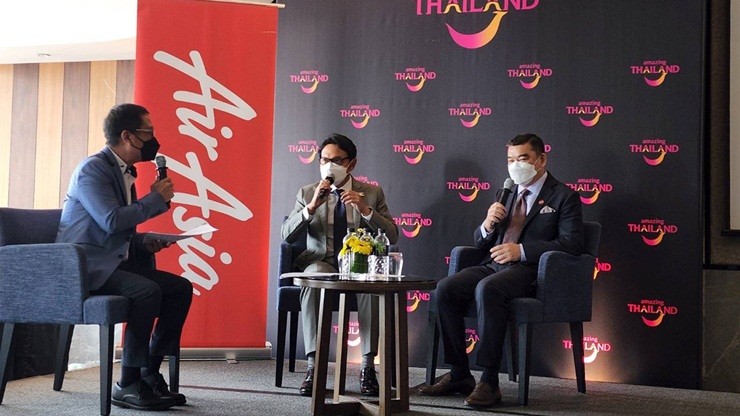 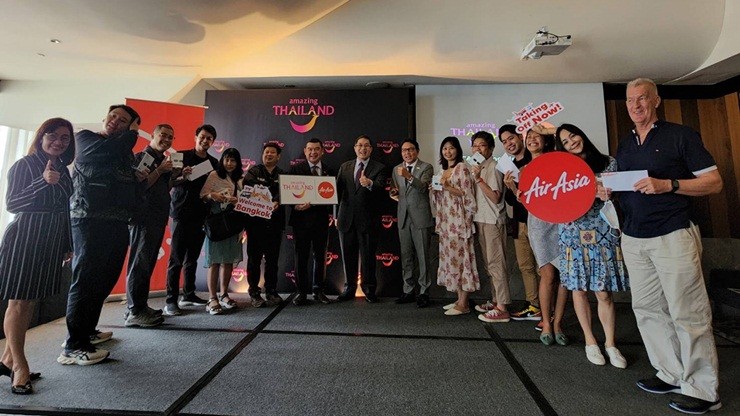 The “Amazing New Chapter: Rediscover Thailand Get ready to go to Thailand” promotion is focusing on the airline’s Singapore-Don Mueang and Singapore-Phuket routes.

Bangkok, Thailand – The Tourism Authority of Thailand (TAT) is cooperating with Thai AirAsia in launching the “Amazing New Chapter: Rediscover Thailand Get ready to go to Thailand” campaign, which is aimed at millennials and young couples from Singapore.

The campaign was official announced in Singapore today (11 May) by Mr. Tanes Petsuwan, TAT Deputy Governor for International Marketing – Asia and South Pacific, and Mr. Santisuk Klongchaiya, Thai AirAsia Chief Executive Officer, as well as TAT officials and Thai AirAsia executives. The event was presided over by H.E. Mr. Chutintorn Gongsakdi, Ambassador of Thailand to Singapore.

Mr. Tanes Petsuwan, TAT Deputy Governor for International Marketing – Asia and South Pacific, said “With various factors supporting the return of tourism to Thailand, among them the relaxing of entry requirements to the kingdom, easing of travel restrictions in source markets worldwide and resumption of commercial flights, this is a great opportunity to stimulate travellers’ decision-making. This latest marketing campaign is expected to have a positive effect on the Thai tourism industry in the second half of this year.”

Singapore is a key visitor source market for Thailand, and the “Amazing New Chapter: Rediscover Thailand Get ready to go to Thailand” campaign is among the various joint promotion marketing activities the TAT Singapore Office is working on. The campaign utilises Thai AirAsia’s Singapore-Don Mueang and Singapore-Phuket routes, and is for travel in May to July 2022. It is expected to see millennials and young couples taking up over 3,000 seats to Thailand.

TAT Singapore Office  is also organising a media fam trip to Thailand from 12-15 May, 2022, to promote the Singapore-Don Mueang route, new tourist attractions and activities, as well as tourism-related facilities and offers.

Mr. Santisuk Klongchaiya, Thai AirAsia Chief Executive Officer, said, “Thai AirAsia has always received great support from the TAT, and we thank them very much for their cooperation. Thai AirAsia is ready to help stimulate tourism and travel to Thailand, and in addition to the existing Don Mueang and Phuket routes, we are considering adding a Singapore-Chiang Mai route.”

From 1-6 May, 2022, Thailand has recorded more than 85,000 foreign tourists – or about 15,000 travellers per day. Among these, Singapore was the third top market – after India and Malaysia and ahead of the United Kingdom and United States.